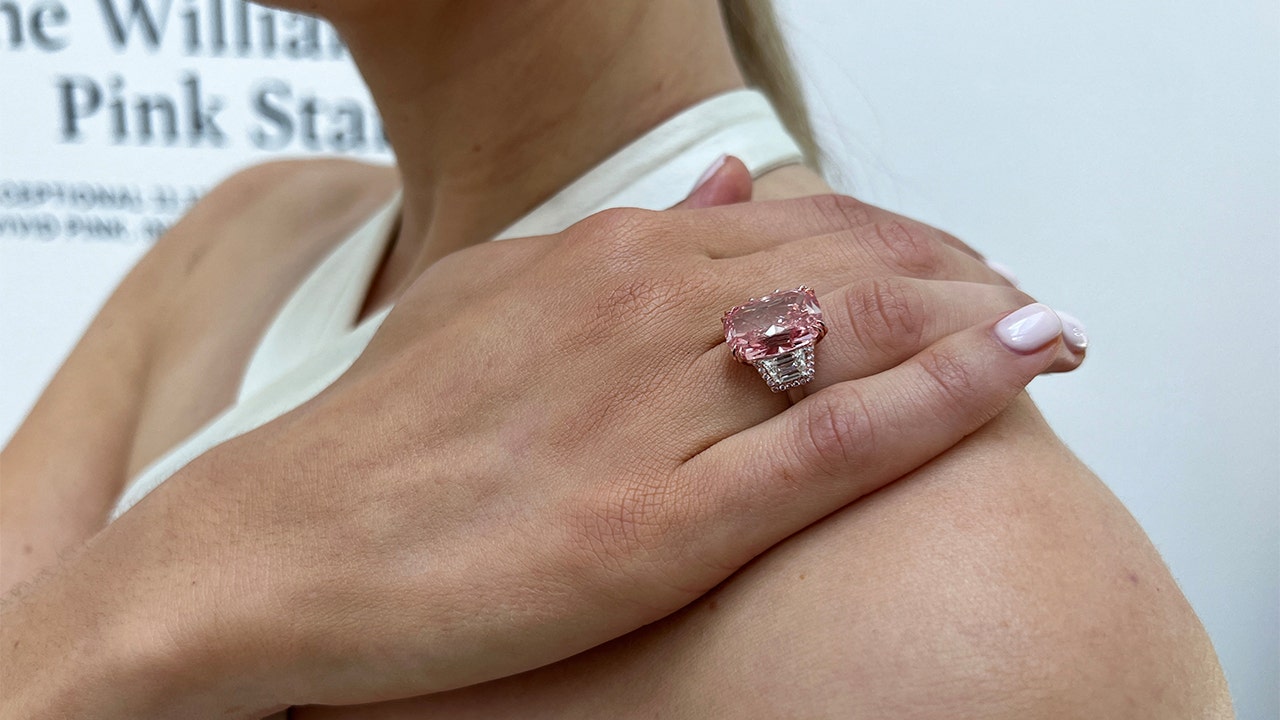 A pink diamond that is believed to be one of the purest in the world could sell for more than $21 million at auction next month.

The “Williamson Pink Star” diamond is 11.15 carats, cushion-cut and has “internally flawless clarity,” according to the Sotheby’s website.

The diamond’s name is in tribute to two other pink diamonds, Reuters reported.

The other is the “Williamson” stone, a 23.60-carat diamond that was given to Queen Elizabeth as a wedding present, according to Reuters.

The “Williamson” diamond and the “Williamson Pink Star” were discovered in the same mine, which was owned by Canadian geologist John Thorburn Williamson, Reuters also noted.

BLACK DIAMOND BELIEVED TO BE FROM OUTER SPACE COULD FETCH $6.8M AT AUCTION

The “Williamson Pink Star” diamond will be going up for auction on Oct. 5 in Hong Kong. (REUTERS/Gerhard Mey/Reuters Photos)

“You then add in the extra factors like it being over 10 carats, internally flawless and Type IIA, and you get right down to the pinnacle,” Spoforth added.

He was referring to a subgroup of the most chemically pure diamonds.

It is not clear what exactly causes the color of pink diamonds, the Sotheby’s website points out.

“The best explanation available today is that the color is a result of distress in the atomic level,” the website says.

The cushion-cut diamond is 11.15 carats and has “internally flawless clarity,” Sotheby’s says. It is not clear what causes the color of pink diamonds. (REUTERS/Gerhard Mey/Reuters Photos)

The “Williamson Pink Star” diamond will go up for sale in a standalone auction on Oct. 5 in Hong Kong.

“We saw over the lockdown crisis and the COVID crisis that there is always demand for the rare and the beautiful in the world — and this is something exceptionally rare that I think will have plenty of bidders on the day,” Spofforth told Reuters.

Before it goes to auction in Hong Kong, the “Williamson Pink Star” will go on tour in Dubai, Singapore and Taipei.

Reuters contributed reporting to this article.