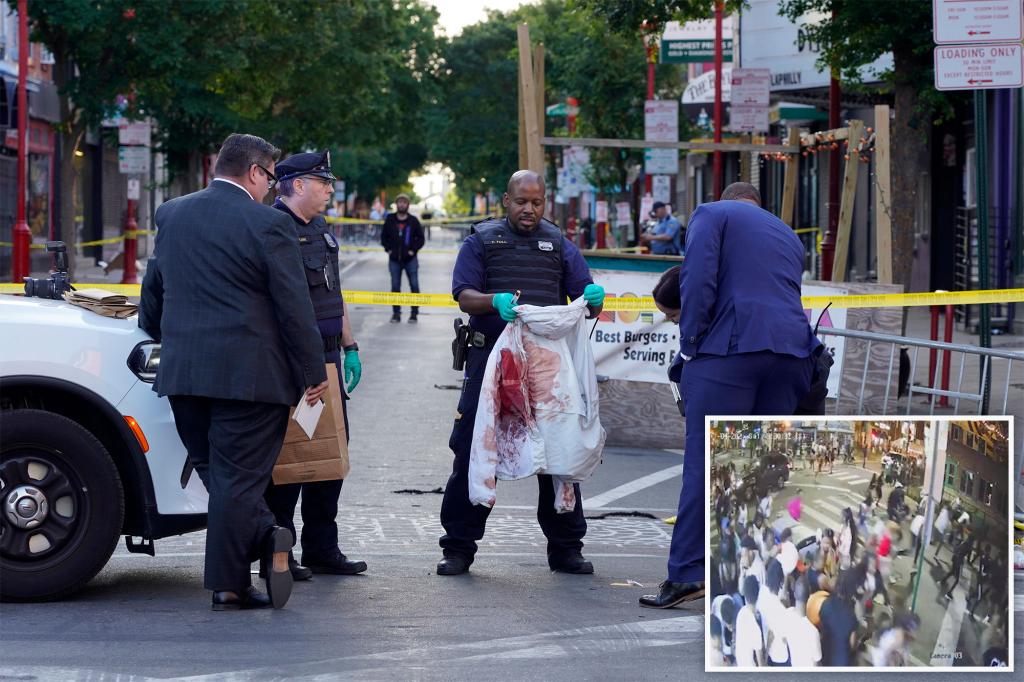 Two people have been arrested in connection with a bloody mass shooting that left three dead and at least 11 injured in Philadelphia over the weekend, a report said Monday.

Rashawn Vareen was busted at around 8 pm and charged with attempted murder and aggravated assault in connection with Saturday night’s mayhem, according to Fox 29.

Quran Garner was also charged with aggravated assault and assault on law enforcement officers while recovering in the hospital after being shot by police.

Authorities believe the first shot was fired by 34-year-old Gregory Jackson and critically wounded another man. The second gunman managed to return fire, and the two exchanged 17 rounds in a hail of gunfire.

Jackson was struck and killed in the melee.

Both Jackson and the second gunman were licensed to carry firearms. The second shooter was not charged because the police said he acted in self-defense.

After Jackson collapsed to the ground, Garner is then believed to have opened fire down South Street near Third Street.

When cops confronted Garner he aimed his weapon at them. Officers opened fire on Garner and he was struck in the hand. The suspect was taken to the hospital where he was expected to recover.

In addition to Jackson, the fatal victims of Saturday night’s shooting were Kristopher Minners, 22, and Alexis Quinn, 27. Both Minners and Quinn are believed to be innocent victims.

The Violence broke out late Saturday on South Street in Philadelphia.