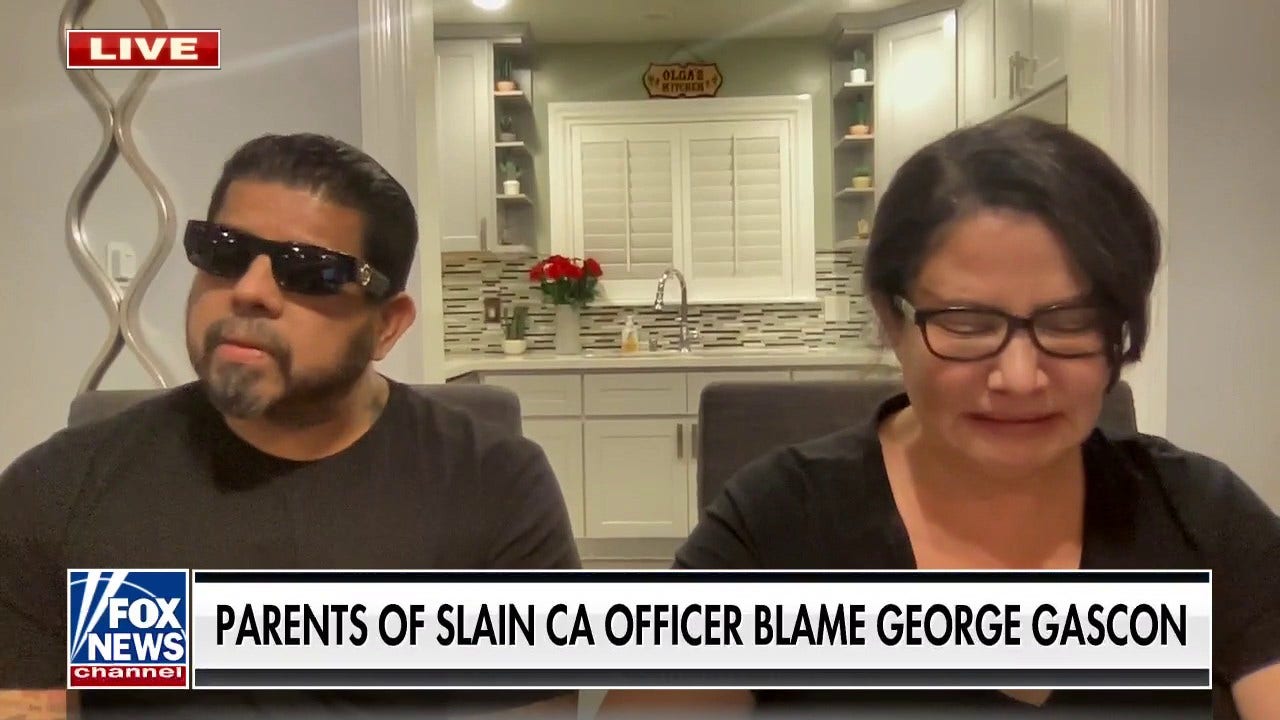 The parents of a slain California police officer are demanding Los Angeles DA George Gascon be recalled for his far-left policies, after their son and his partner were killed in the line of duty.

Jose Santana and Olga Garcia joined “Fox & Friends First” to discuss their son’s tragedy and why they pin the blame on what critics call Gascon’s “radical” policies.

“He’s left children without fathers, mothers destroyed. Wives destroyed,” she continued. “They’re never coming back, and I blame it all on Gascon.”

The city of El Monte announced Corporal Michael Paredes and Officer Joseph Santana were killed in the line of duty.
(City of El Monte)

The suspect, Justin William Flores, is reportedly a gang member who was on probation for a weapons charge at the time of the murders.

“He needs to just get out of office,” Santana said. “He needs to give his job to somebody that’s going to care going to do right to the community, do right for the people… How many more lives do we have to lose for something to be done? This guy should never be out there.”

Gascon is facing his second recall effort as violent crime continues to plague Los Angeles County. The Recall Gascon Campaign has reportedly continued to gain steam in its effort to oust Gascon, already hitting the signature milestone set for July 6.

“My son was a good man, I want the world to know that,” Garcia said. “My son was a great father. A great son, a great brother, a great husband. He was a good provider. He was funny. He loved his children. He looked forward to his days off just to spend time with them. “

“The two-year-old twins, they probably won’t remember him, only his memory, but his nine-year-old daughter, my granddaughter, she’s just devastated,” she continued.

Bailee Hill is an associate editor with Fox News Digital.