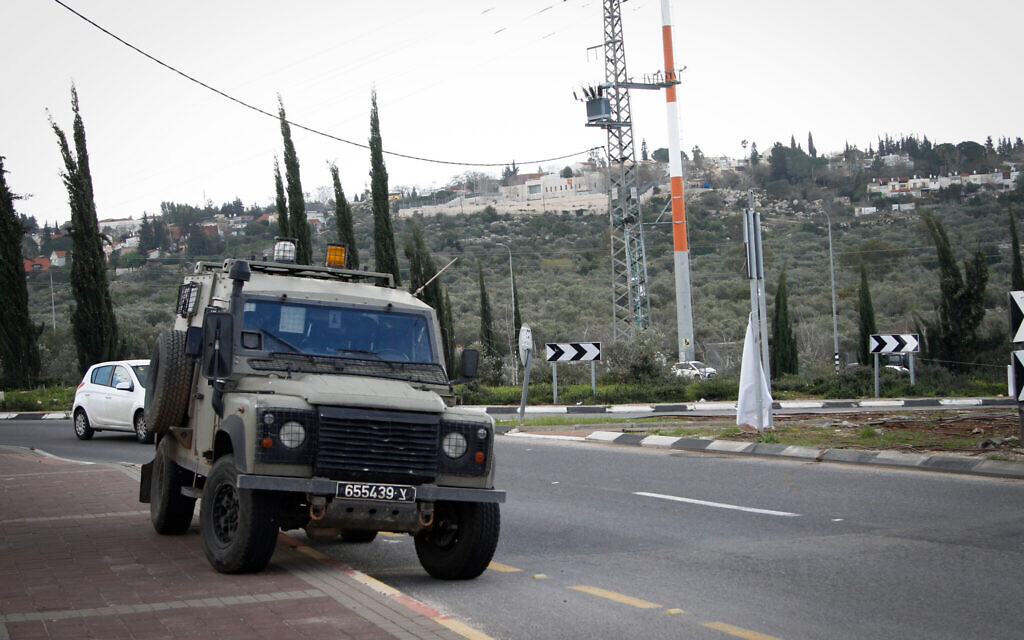 A Palestinian man died Tuesday after being stabbed in an apparent brawl with Israeli settlers in the central West Bank, the Palestinian Authority Health Ministry and an Israeli rights group said.

The incident occurred near the West Bank Palestinian village of Iskaka, adjacent to the large settlement of Ariel, south of Nablus.

Israel Police’s West Bank division said it had launched an investigation following a confrontation between Israelis and Palestinians. It said a Palestinian man had been stabbed, though it was unclear by whom.

“Police forces at the scene from which a wounded Palestinian man was evacuated in a serious condition, apparently from a stab wound,” police said, citing medics.

“At this stage the identity of the stabber is unclear,” police stressed. No arrests were immediately made.

Naim said that he and his family members, including Harb, went to their village land after hearing that settlers were setting up tents there.

Once there, Naim said, they were confronted by Israeli forces and settlement security guards, who fired shots in the air.

“After they shot in the air, the settlers attacked… We were just standing there, and a settler came and stabbed him with a knife here [on the side of the body] for no reason,” said Naim, whose clothes were covered in blood.

Yesh Din said that after the settlers returned, violence again broke out between the sides, “during which a settler pulled out a knife and stabbed the young man to death.”

Local authorities said the group of Israeli settlers reported being attacked in the area by a large group of around 40 Palestinians with stones and clubs between the settlements.

The Rescuers Without Borders emergency service, a branch of the Israel-based United Hatzalah, said “the rioters stole bags and equipment” from the Israelis. It added that no Israelis were reported to be hurt in the incident.

There has been a rise in settler violence in recent years, and soldiers are sometimes seen standing by as they occur. Soldiers are legally permitted — even required in some cases — to intervene to prevent violent attacks, regardless of nationality. The military generally prefers that police deal with the attacks and settler arrests, but the police do not have as much of a presence in the West Bank.

In October, Defense Minister Benny Gantz issued a statement urging the military to act “systemically, aggressively and uncompromisingly” against settler violence directed toward Palestinians, activists and security forces, who have also occasionally come into the crosshairs. However, no apparent crackdown has followed.

AFP contributed to this report.