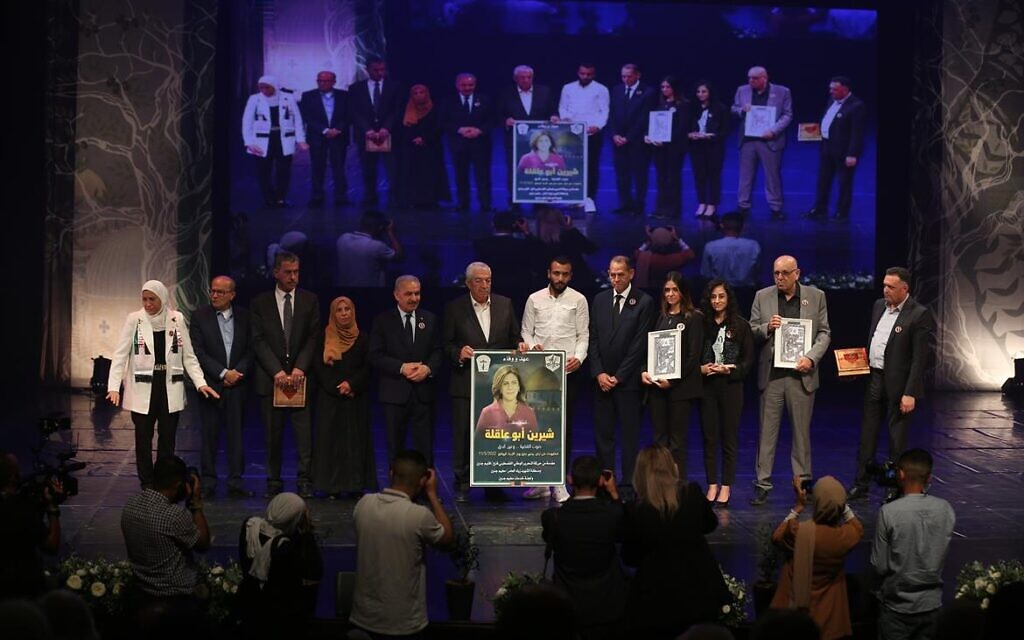 “We demand that they hand over the rifle that murdered Shireen Abu Akleh,” Shtayyeh said at a ceremony marking 40 days to the journalist’s death under disputed circumstances in Jenin.

While both Israel and the PA are conducting separate investigations into Abu Akleh’s shooting death, ballistic analysis matching bullet and gun is likely the sole definitive way to prove whether an Israeli soldier killed Abu Akleh.

Israeli military officials have said that they have identified a gun that could have fired the shot that killed Abu Akleh, but that confirmation would require ballistic analysis to match the gun to the bullet. Ramallah has Israeli calls to hold a joint investigation or turn over the bullet to Israel.

“We refused a joint investigation, because those who fabricated the history of a people, stealing land and homeland, can fabricate a narrative. We don’t trust them,” Shtayyeh said.

American officials have called for both sides to wrap up the investigation into Abu Akleh’s death. In comments to The Times of Israel, the White House official said Washington hoped Ramallah would share the results of its investigation with Israel. 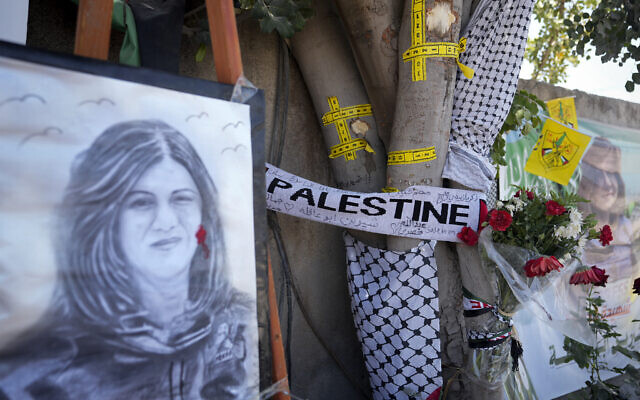 Yellow tape marks bullet holes on a tree and a portrait and flowers create a makeshift memorial at the site where Palestinian-American Al-Jazeera journalist Shireen Abu Akleh was shot and killed in the West Bank city of Jenin, May 19, 2022.(AP Photo/Majdi Mohammed)

Abu Akleh, 51, was shot dead while covering an Israeli military raid in Jenin in mid-May alongside a team of other journalists. During the raid, a firefight broke out between Israeli troops and Palestinian gunmen. At some point, Abu Akleh was shot in the head.

The veteran Al Jazeera journalist was a familiar face to millions of viewers across the Arab world. An American citizen who held an Israeli-issued East Jerusalem identity card, Abu Akleh was widely regarded as a trailblazing correspondent, both for women and for Palestinians. Her death shocked Palestinians and sparked an international outcry.

The Palestinian Authority, which conducted its own investigation, immediately blamed Israeli soldiers for the killing. According to PA chief prosecutor Akram Khatib, forensic evidence and eyewitness testimony proved that Abu Akleh was fleeing when she was deliberately targeted and killed by Israeli troops.

Israeli authorities rejected the PA’s findings as false and have continued with their own probe into the incident.

“Any claim that the IDF intentionally targets journalists or those uninvolved [in terror] is a crude and blatant lie,” Defense Minister Benny Gantz said in a statement at the time.

Israel initially blamed Palestinian gunmen for the shooting, but later acknowledged that Abu Akleh could also have been killed by Israeli soldiers. The army has yet to open a criminal investigation into the shooting.

“Given that Abu Akleh was killed in the middle of an active combat zone, there can be no immediate suspicion of criminal activity absent further evidence,” top Israeli army prosecutor Yifat Tomer-Yerushalmi said in a statement.