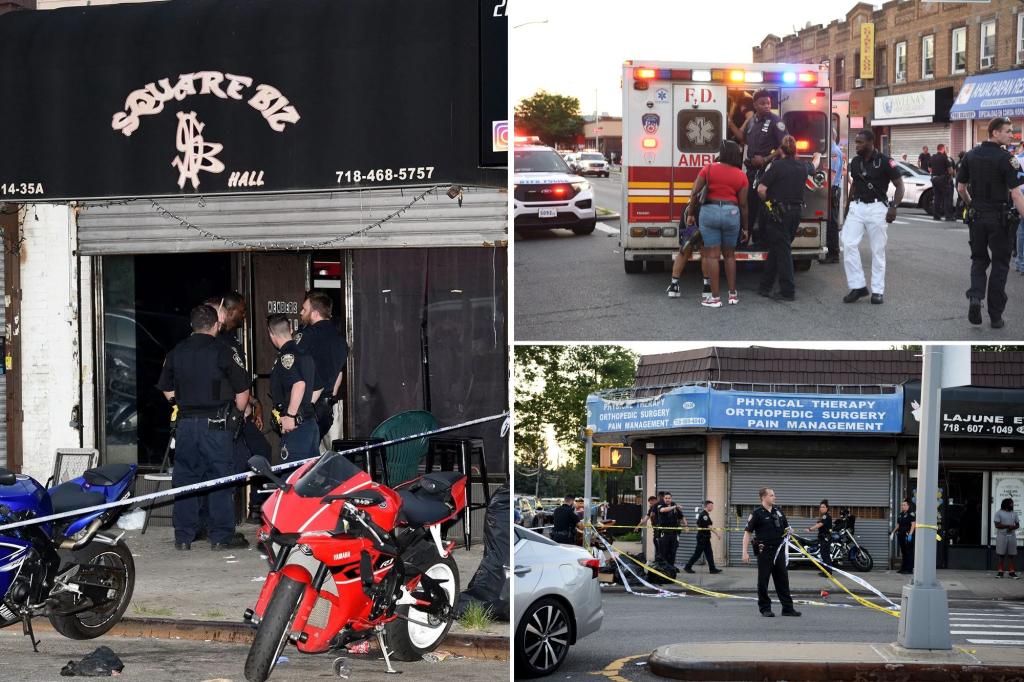 Three people, including an off-duty correction officer, were shot during a party at a Queens motorcycle club on Sunday night.

The shooting happened during a BBQ and biker meet-up outside a Queens Village motorcycle club near Jamaica Avenue and 214th Place just after 8 pm, police said.

The off-duty CO, David Donegan, allegedly spotted another man, Mark Gibbs, whip out a gun and shoot at a vehicle, according to police sources.

Donegan returned fire, striking Gibbs three times about the body. Another gunman then shot at Donegan and struck him once in the left leg, the sources told the Post.

The third victim was also shot in the exchange of gunfire, which happened outside the Square Biz motorcycle clubhouse on its annual “Spazz Day” ride and barbecue.

Hours before gunfire erupted, the motorcycle club posted videos of the event which showed people dancing along to the “Cha Cha Slide,” a DJ playing music on the street and motorcycles lining Jamaica Avenue.

The joyous scene was replaced with the sound of gunfire, roaring ambulances and spent shell casings following the shooting. Police recovered three used casings from the scene.

The third person shot is also being treated at an area hospital.

All three are expected to survive.