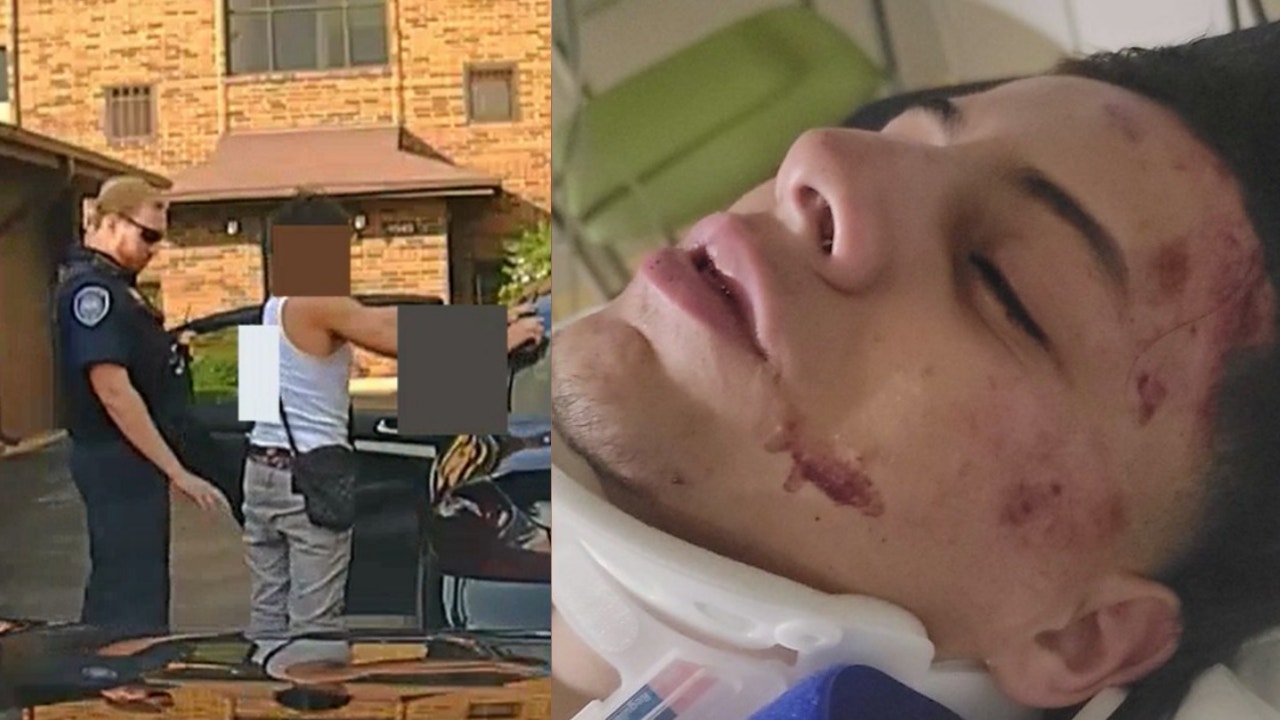 Amateur video of the arrest, which has since gone viral, began making the rounds on social media Wednesday night. The video shows police repeatedly punch the teen suspect during the arrest.

Oak Lawn police say officers were conducting a traffic stop near Southwest Highway and Austin Avenue after observing a vehicle with no front registration and smelling “burnt cannabis.” The dashcam video shows the driver of the vehicle get out to be patted down. The driver is then told to wait near the rear of the vehicle.

A passenger in the rear of the vehicle — idenfified by family as Hadi Abuatelah — then gets out to be patted down, dashcam video shows. Police at a news conference late Thursday afternoon said Abuatelah “appeared nervous” when getting out of the car.

At the news conference, Oak Lawn police identified Abuatelah as a person of Middle Eastern descent.

When officers asked the 17-year-old to put his hands on the roof of the car, so that he can be patted down, Abuatelah took off running, dashcam video shows.

New dashcam video released Thursday by Oak Lawn Police shows the entire incident unfold of a 17-year-old suspect being violently arrested the day before in the south suburb.

After a foot pursuit, officers attempted to arrest the teen in the area of ​​95th Street and McVicker Avenue, but he allegedly resisted and attempted to grab an illegal semi-automatic handgun he was in possession of, police said.

“After a foot pursuit, the offender would not comply with verbal commands and resisted arrest while trying to gain control of a firearm he unlawfully possessed,” Oak Lawn Police Chief Daniel Vittorio said in a statement.

Video of the incident filmed by a bystander appears to show at least two officers punching Abuatelah before a third officer arrives to place handcuffs on him.

The officers had to use a stun gun on the teen in order to place him under arrest, police said.

The semi-automatic weapon allegedly found on Abuatelah was loaded with three live rounds, according to police. 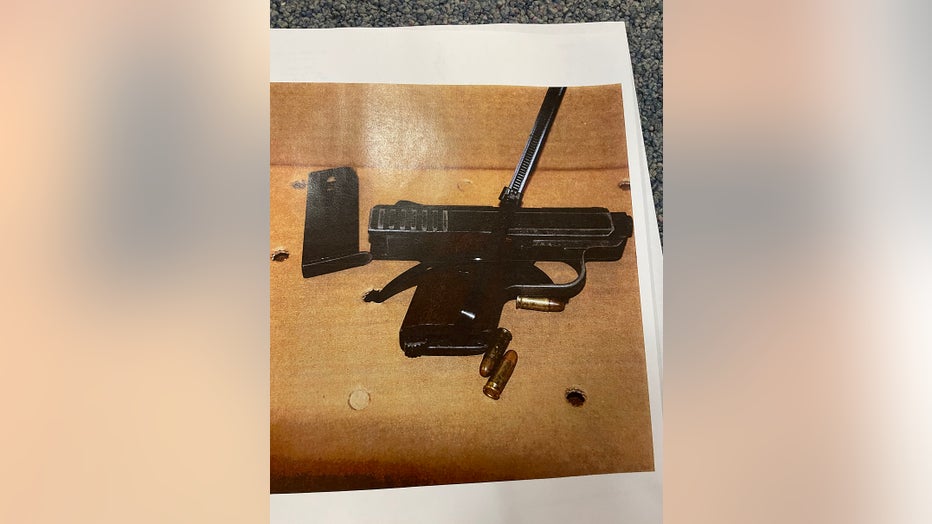 Police said both Abuatelah and one officer were transported to a local hospital for treatment of their injuries.

The 17-year-old suffered a broken nose, bruising throughout his body and bleeding near his brain.

Chaos and outrage followed a viral physical altercation between a 17-year-old and Oak Lawn police.

Arab Americans attending the rally say there’s been tension with police for some time.

“The police are always against Arabs, Burbank and Oak Lawn. We don’t know why. They hate us. We support them, we pay taxes, we help them,” one woman said.

The police chief says an internal investigation is underway and charges against Abuatelah are pending.