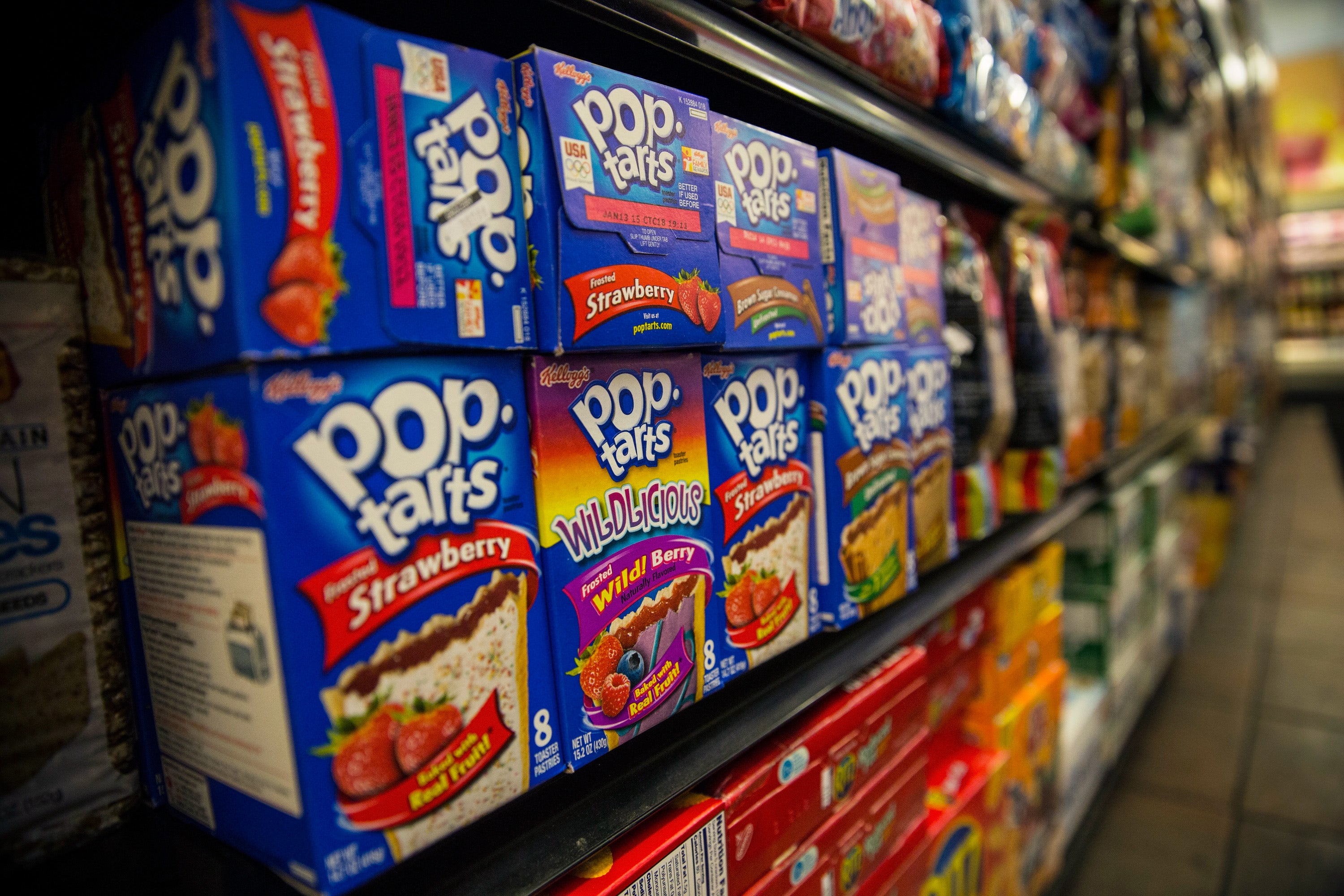 Here are your FOX Business Flash top headlines for April 1.

A federal judge in Manhattan has dismissed the proposed class-action lawsuit accusing Kellogg Co. of using misleading labeling to exaggerate the amount of strawberries in its Frosted Strawberry Pop-Tarts.

In a Thursday night decision, US District Judge Andrew Carter said reasonable shoppers would not expect strawberries to be the main ingredient in a “pre-packaged, processed sugary treat called Frosted Strawberry Pop-Tarts.”

Boxes of Pop-Tarts sit for sale at the Metropolitan Citymarket in the East Village neighborhood of New York City. (Andrew Burton/Getty Images/Getty Images)

The judge said Kellogg’s labeling described Pop-Tarts’ flavor instead of the source of that flavor, and shoppers like plaintiff Kelvin Brown of Bronx, New York, could check the ingredient list to resolve any confusion.

Carter also rejected the idea that Pop-Tarts buyers missed out on the health benefits of strawberries.

“A reasonable consumer is unlikely to purchase a toaster pastry coated in frosting exclusively for the nutritional value of strawberries in its fruit filling,” he wrote.

A lawyer for Brown had no immediate comment on Friday. Kellogg and his lawyers did not immediately respond to requests for comment.

Last month, a federal judge in Chicago dismissed a similar lawsuit over unfrosted Strawberry Pop-Tarts, saying Kellogg did not guarantee how many strawberries it would use.

The Battle Creek, Michigan-based company is also being sued over its Whole Grain Frosted Strawberry and Frosted Chocolate Fudge Pop-Tarts.

Lawsuits over false labeling are common, and many are unsuccessful.