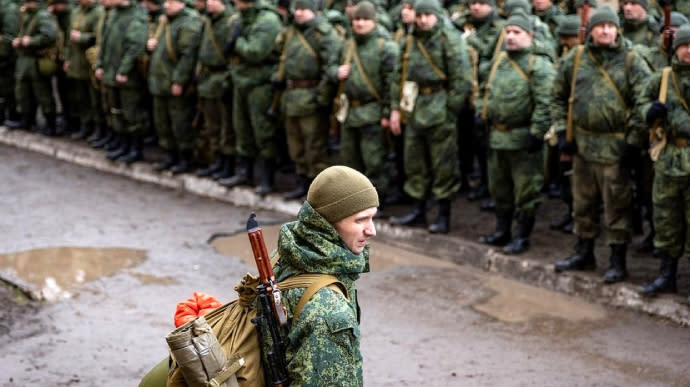 Russian forces launched a new wave of forced “mobilisation” on the Russian-occupied territories of Donbas on 1 August in order to staff mobilization reserve units.

Source: Chief Intelligence Directorate of the Ukrainian Ministry of Defense on Telegram

Details: Ukrainian Intelligence reports that Russian mobilization efforts are now targeting those unfit for service and those who have previously received a “deferral”.

For example, two buses of men were filled in just about 40 minutes at a market in Luhansk; most of the men were working as loaders at the market. In Alchevsk, men were simply taken from the streets. Local residents are outraged and local men are beginning to hide.

Total forced mobilization is currently underway in many towns and villages in Donbas. The number of Russian patrol forces on the street of Khrustalne has increased; these patrol officers take men to military commissariat to be conscripted. The Russians are continuing to “raid” local businesses [in order to find men who can be mobilised – ed.].

quote: “Meanwhile, there is a growing dissatisfaction among the men from the ORDLO (Temporarily Occupied Territories of Donetsk and Luhansk Oblast) who had been mobilized earlier. [They are dissatisfied] with the horrible treatment the [Donbas] locals receive from their commanders in the occupation army.

In particular, while the locals have been issued with WWII-type ammunition, the Russians are issued with modern armored vests and helmets.”

Background: Russian occupying forces in Luhansk Oblast are recalling teachers from their vacations to hand them recruitment summons and are demanding lists of male workers at local businesses.

Journalists fight on their own frontline. become our patronsupport our work!