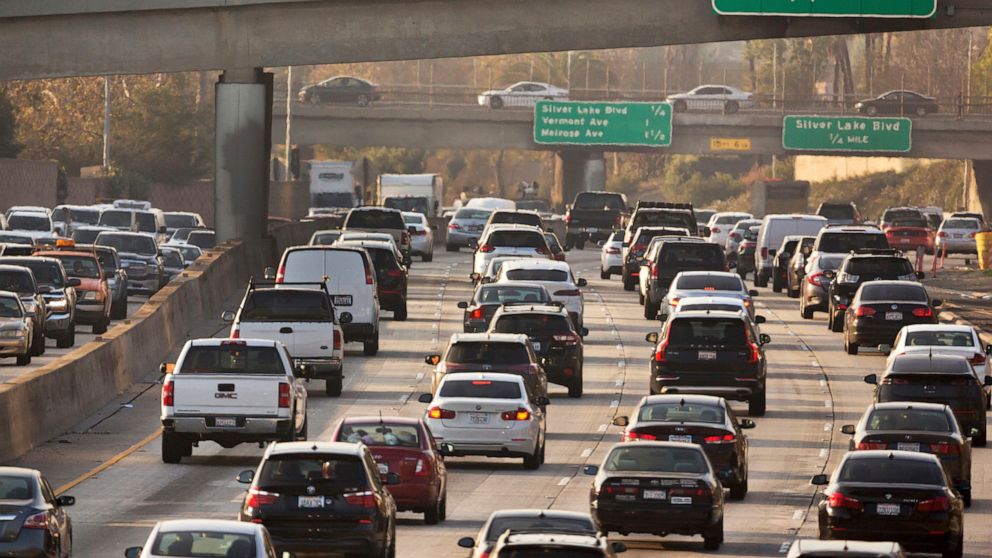 DETROIT — New vehicles sold in the US will have to average at least 40 miles per gallon of gasoline in 2026, up from about 28 mpg, under new federal rules unveiled Friday that undo a rollback of standards enacted under President Donald Trump.

The National Highway Traffic Safety Administration said its new fuel economy requirements are the strongest to date and the maximum the industry can achieve over the time period. They will reduce gasoline consumption by more than 220 billion gallons over the life of vehicles, compared with the Trump standards.

They’re expected to decrease carbon dioxide emissions — but not as much as some environmentalists want — and raise new vehicle prices in an industry already pressed by inflation and supply chain issues.

For the current model year, standards enacted under Trump require the fleet of new vehicles to get just under 28 miles per gallon in real-world driving. The new requirements increase gas mileage by 8% per year for model years 2024 and 2025 and 10% in the 2026 model year.

Transportation Secretary Pete Buttigieg, whose department includes NHTSA, said the rules will also help strengthen national security by making the country less dependent on foreign oil and less vulnerable to volatile gasoline prices. Gasoline nationwide has spiked to an average of more than $4.22 per gallon, with much of the increase coming since Russia, a major oil producer, invaded Ukraine in late February. It cost $2.88 per gallon just a year ago, according to AAA.

“Transportation is the second-largest cost for American families, only behind housing,” Buttigieg said. The new standards, he said, will help keep the US more secure and preserve “the freedom of our country to chart its future without being subject to other countries and to the decisions that are being made in the boardrooms of energy companies.”

But auto dealers say more stringent requirements drive up prices and push people out of an already expensive new-car market. NHTSA projects that the new rules will raise the price of a new vehicle in the 2029 model year by $1,087.

Trump’s administration rolled back fuel economy standards, allowing them to rise 1.5% per year, which environmental groups said was inadequate to limit planet-warming greenhouse gas emissions that fuel climate change. The standards had been rising about 5% per year previously.

But the new standards won’t immediately match those adopted through 2025 under President Barack Obama. NHTSA officials said they will equal the Obama standards by 2025 and slightly exceed them for the 2026 model year.

Some environmental groups said the new requirements from NHTSA under Biden don’t go far enough to fight global warming. Others supported the new standards as a big step toward reducing emissions, with the American Lung Association calling for even stronger standards to drive a transition to all new vehicles having zero-emissions by 2035.

“Climate change has gotten much worse, but these rules only require automakers to reduce gas-guzzling slightly more than they agreed to cut nine years ago,” said Dan Becker, director of the Safe Climate Transport Center at the Center for Biological Diversity.

Officials said that under the new standards, owners would save about $1,400 in gasoline costs during the lifetime of a 2029 model year vehicle. Carbon dioxide emissions would drop by 2.5 billion metric tons by 2050 under the standards, the NHTSA said.

Automakers are investing billions of dollars to develop and build electric vehicles but say government support is needed to get people to buy them. The companies want government tax credits to reduce prices as well as more money for EV charging stations to ease anxiety over running out of juice.

This story has been corrected to show the current real-world mileage requirement under the Trump administration rules is 28 mpg, not 24 mpg.