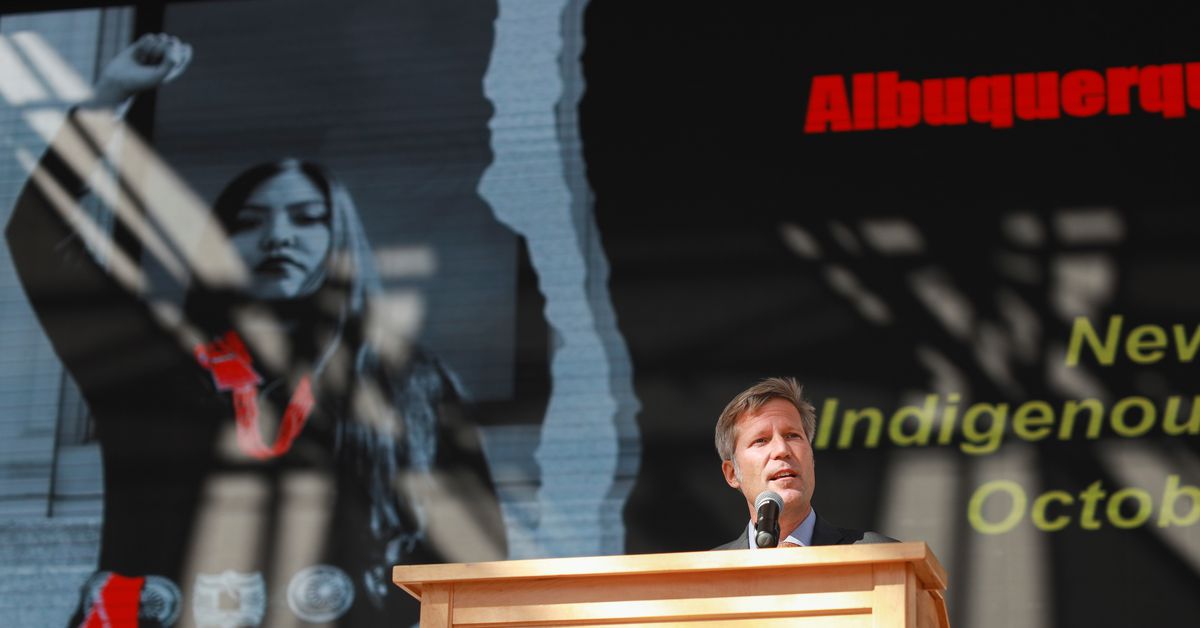 Aug 7 (Reuters) – Police in New Mexico on Sunday asked for the public’s help in locating a “vehicle of interest” in their probe of four fatal shootings of Muslim men whose slayings in Albuquerque over the past nine months are believed by investigators to be related.

Mayor Tim Keller said state authorities were working to provide an “extra police presence at mosques during times of prayer” as the investigation proceeds in New Mexico’s largest city, home to as many as 5,000 Muslims out of some 565,000 total residents.

The latest victim, police said, was gunned down on Friday night, in a killing that local Islamic leaders said occurred shortly after he had attended funeral services for two others slain during the past couple of weeks.

All three of those men, as well as the very first victim who was shot dead in November, were Muslim men of Pakistani or Afghan descent who resided in Albuquerque.

Police have given few details of the latest murder but described the first three killings as ambush shootings. Governor Michelle Lujan Grisham has characterized them as “targeted killings of Muslim residents.”

US President Joe Biden posted a message on Twitter on Sunday expressing solidarity with the Muslim community, adding, “These hateful attack have no place in America.”

Albuquerque police officers told a news conference hours later that they were following a number of leads and issued a bulletin with photos of a four-door, dark gray Volkswagen sedan with tinted windows that they described as a “vehicle of interest” in the investigation.

It was left unclear how the car was tied to the case, and police said they had yet to determine whether they were seeking one or more suspects in the investigation.

Mayor of Albuquerque Tim Keller speaks to the public during an event to mark Indigenous Peoples’ Day in Albuquerque, New Mexico, US, October 11, 2021. REUTERS/Mostafa Bassim

The three latest victims belonged to the same mosque, according to Tahir Gauba, a spokesperson for the Islamic Center of New Mexico. Officials were withholding the identity of the man killed on Friday pending notification of next of kin.

But Gauba said he was killed shortly after attending the funeral for the two previous victims.

Muhammed Afzaal Hussain, 27, a planning director for the city of Espanola who immigrated from Pakistan, was shot dead on Aug. 1 outside his apartment complex dele, less than a week after Aftab Hussein, 41, from Albuquerque’s large Afghan community, was found slain on July 26 near the city’s international district, police said. Hussain also worked on the campaign team for US Representative Melanie Stansbury of New Mexico.

Police said they were treating those two slayings, along with Friday’s killing, as linked to the Nov. 7 murder of 62-year-old Mohammad Ahmadi, also a Muslim from Afghanistan, who was shot to death in a parking lot outside a halal supermarket and cafe.

“There are several things in common with all four of the homicides,” city police spokesman Gilbert Gallegos told reporters on Sunday.

Asked whether investigators consider the killings to be hate crimes, Gallegos said, “Hate is determined by motive, and we don’t know that motive at this point.”

Gauba estimated there are 3,000 to 5,000 Muslims living in and around Albuquerque, accounting for about 85% of the entire state’s Islamic population.

New Mexico State Police, the FBI and the US Marshals Service are among the agencies assisting in the investigation.