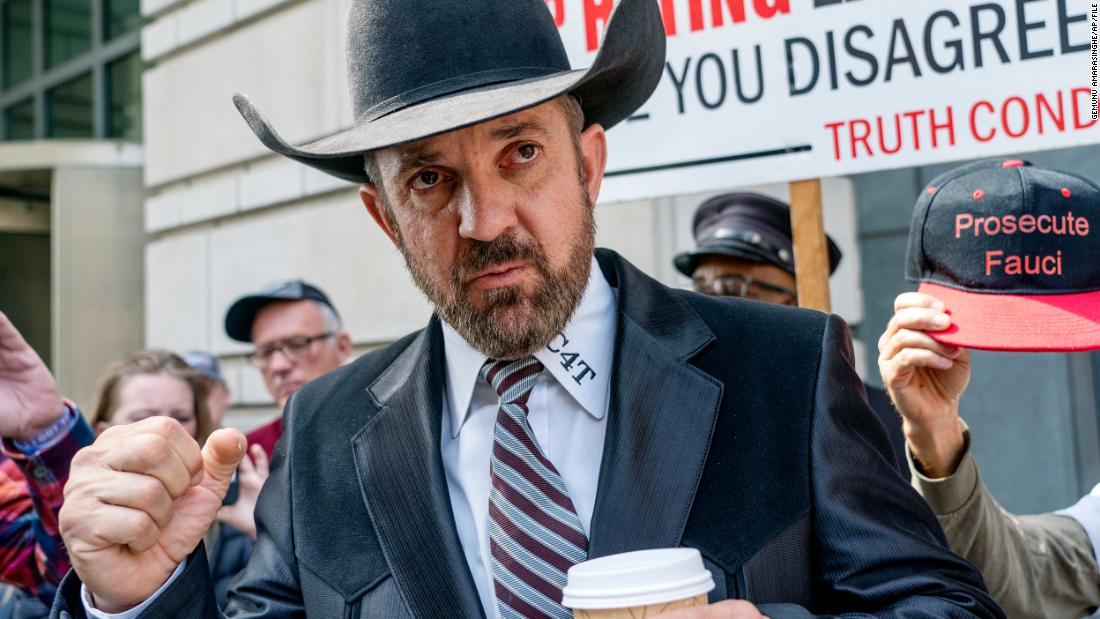 “I’m not planning to move off my position,” Otero County Commissioner Couy Griffin said in a telephone interview with CNN on Thursday. “Why have a commission if we just get overridden by the court system?”

The State Supreme Court on Wednesday, acting on an emergency request from New Mexico Secretary of State Maggie Toulouse Oliver, a Democrat, ordered the Otero County commissioners to certify the primary results by Friday — the statutory deadline for county certification. The commissioners had declined to do so earlier in the week, citing distrust of Dominion voting machines.

Commission Chairwoman Vickie Marquardt and Commissioner Gerald Matherly have not responded to CNN’s inquiries, and it’s not clear how they intend to vote.

Griffin, a founder for Cowboys for Trump, was found guilty in a March bench trial of trespassing on US Capitol grounds on January 6, 2021, while then-Vice President Mike Pence was there. He is scheduled to be sentenced Friday in Washington.

On Thursday, Griffin told CNN that he’s “not trying to overturn an election. We want transparency.”

“The more they try to fight us and shut us down,” he said, “the more of a skeptic I will become.”

Otero County is one of the first known communities to balk at certifying election results. The dispute in this Republican stronghold of roughly taken 68,000 people has sparked fears among voting rights experts that conspiracy theories about voting machines and other aspects of election administration have deep root in some pockets of the country and could lead to further disruptions this fall.

The commissioners cited their concerns about Dominion voting machines in refusing to certify the results at a Monday meeting.

“I have huge concerns with these voting machines,” Marquardt said at the time. “I really do. I just don’t think in my heart that they can’t be manipulated.”

On Thursday, Oliver asked the state’s attorney general to investigate the commission over several recent actions.

In the referral to Attorney General Hector Balderas, a fellow Democrat, Oliver said members of the Otero County Commission have taken “multiple unlawful actions” this month — including declining to certify the results of the June 7 primary, ordering the removal of ballot- drop boxes and voting to discontinue to the use of vote-tallying machines.

“All county officials take an oath to uphold the constitution and laws of New Mexico,” Oliver said in a news release. “The Commissioners in Otero County have violated the public’s trust and our state laws through their recent actions and must be held accountable.”

Griffin has been an outspoken backer of former President Donald Trump, and he and the other Otero commissioners earlier this year authorized a third-party review of the county’s 2020 election results. It included an “audit force” of volunteers going door to door to question voters. Trump won the county by more than 25 points in 2020.
An oversight committee in the US House of Representatives has asked the Justice Department to investigate the door-to-door canvassing in Otero County, citing the potential for voter intimidation.

In a statement this week, a Dominion spokesperson called the controversy in Otero “yet another example of how lies about Dominion have damaged our company and diminished the public’s faith in elections.”

This story and headline have been updated.