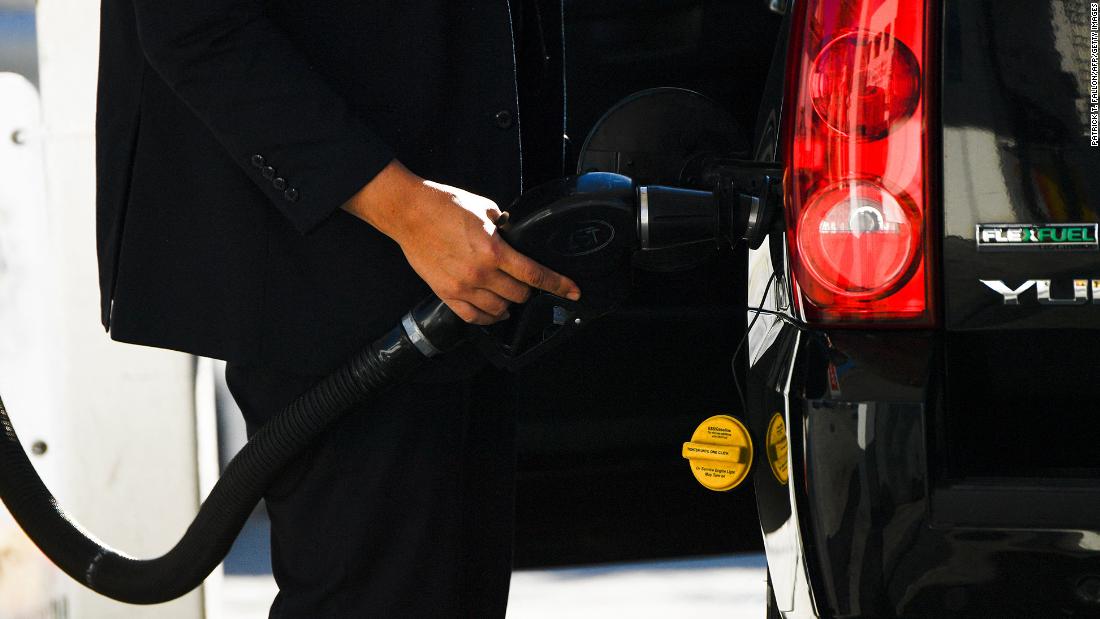 The rule comes as Americans are paying record prices for gas. Friday’s reading for the national average price for a gallon of regular gas stood at $4.22 a gallon according to AAA, down about 11 cents from the record reached last month, but 11 cents a gallon more than the previous record.

The 49 mpg standard, a roughly 33% improvement from the current average of 36 mpg, applies to cars and light trucks, such as pickups and SUVs, in model year 2026, which will start hitting showrooms in late 2025.

At a press conference unveiling the new rules, which are close to those initially unveiled in December, Transportation Secretary Pete Buttigieg portrayed them as a way to save drivers money and make America less dependent on foreign oil.

The increase to a standard 49 mpg “means if you’re filling up four times a month, that would become three times a month by model year 2026,” he said.

The recent rise in oil and gas prices follows the invasion of Ukraine by Russia, one of the world’s leading exporters of oil before the war. Since then, its shipments of oil have been sharply reduced by a series of sanctions, sending the price of oil sharply higher on global markets.

“Better fuel economy is going to continue to reduce our reliance on foreign oil and protect families from future price spikes, which of course is top of mind today, as we deal with the impacts from Putin’s war,” Buttigieg said.

“Even if all of the oil we use in the USA were made in the USA, the price of it is still subject to powers and dynamics outside of the USA,” he added. “Until we achieve a form of energy independence that is based on clean energy created here at home, American citizens will still be vulnerable to wild price hikes like we’re seeing right now.”

The fuel economy rules are also a linchpin to the administration’s plans to battle climate change and cut carbon emissions by 50% to 52% below 2005 levels by 2030.

“The transportation sector in America is our largest source of climate pollution and a major contributor to local air quality challenges,” said Buttigieg.

The Trump administration had rolled back similarly aggressive fuel economy standards that had been put in place during the Obama administration.
The auto industry today is much more committed to transitioning from traditional internal combustion engines to electric vehicles — to meet stricter environmental standards in the United States and other markets, such as Europe and China, and because electric vehicles have fewer moving parts and can be assembled without as much labor.

The Alliance for Automotive Innovation, an industry trade group, estimated in December that automakers have committed to invest $330 billion by 2025 in the transition to EVs.

Automakers are also counting on financial support for that transition, such as increased tax credits for EV buyers. The Biden administration’s proposals for that change were included in its Build Back Better legislation, which has so far been blocked in the Senate.