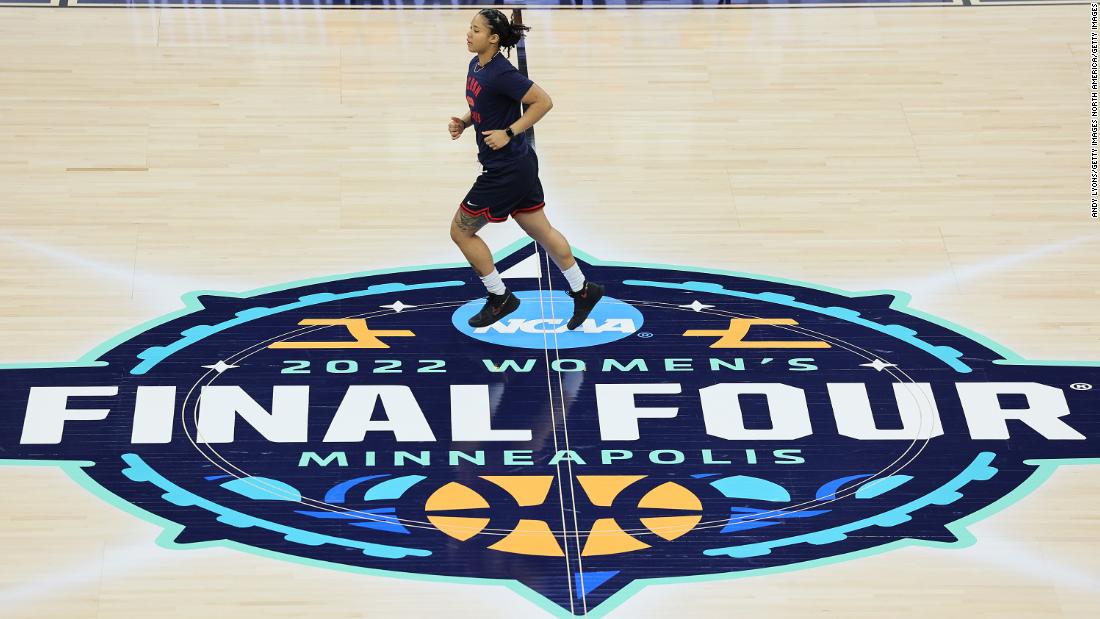 One of those coaches, Duke’s Mike Krzyzewski, has received the lion’s share of the attention, but it’s actually on the women’s side of the game where the match-up of coaching titans is occurring.

Tara VanDerveer of the Stanford Cardinal is taking on the Connecticut Huskies’ Geno Auriemma. These two coaches are leading their teams in a sport I’m not sure many people understand is quite popular and has actually gotten statistically more exciting over the last decade.

In case it’s not already clear, VanDerveer and Auriemma are historically good. VanDerveer has coached on the collegiate level for over 40 years and has 1,157 victories to show for it. She’s lost only 258 games, which means her teams have won nearly 82% of the games she has coached.

The 68-year-old VanDerveer has been good across eras. Her first two titles with Stanford came in the early 1990s – and her third her came just last year.
Auriemma, who turned 68 last month, has slightly fewer wins (1,148), but he’s arguably been even better than VanDerveer. He’s lost just 149 games over 37 seasons, which means he’s won nearly 89% of the time! Auriemma’s teams have also won a record 11 NCAA women’s tournaments.

And like VanDerveer, Auriemma has been quite consistent. His first Husky team to win a title did so in 1995, while his last title was in 2016.

Some may not recognize the greatness of VanDerveer or Auriemma because women’s sport is not traditionally given the same recognition in some circles as the men’s side.

The NCAA, for its part, has been previously called out for disparities in how the amenities it gives its men vs. women players at NCAA tournaments. It was only this year that the NCAA even branded the women’s tournament with the “March Madness” moniker, a move the organization had previously resisted.
Yet it’s important to note that there are a lot of fans who have seen how good VanDerveer and Auriemma are. Last year, over four million people tuned in to see VanDerveer win her third title as a head coach. That was the highest rated NCAA women’s title game since 2014.
Indeed, in an era in which a lot of shows — save the NFL — have seen some shrinkage in their audiences, women’s college basketball has maintained its viewership. The ratings last year were higher than the championship 20 years before it.
Keep in mind too, this game was broadcast on cable, which means it had a smaller pool of potential audience. The women’s championship in 2021 was by far the highest-rated cable program that night, and it easily doubled MLB’s game of the week held on the same evening.
The women’s NCAA basketball championship got more viewers than any of the NHL Stanley Cup games in 2021, which was broadcast partially on cable and partially on network television. It had ratings only slightly less than professional baseball’s semifinals: the league championship series.

Perhaps part of the reason that the women’s college game has stood strong even as few people have cable is that the product has become more unpredictable. People are statistically more likely to tune into a game where the winner is not easily forecasted.

I spoke to FiveThirtyEight’s Neil Paine about this phenomenon. FiveThirtyEight has a stat known as Elo that essentially judges how good a team is and, then based on Elo, how much one team should be favored over another team in a game.

What the Elo data reveals is that the average favorite in NCAA women’s tournament games has been favored by less now than at any point over the last decade. Another way to look at this is that the teams themselves have become more evenly matched.

This is notable because one long-time critique of the women’s tournament is that the top teams are so much better than the other teams that it takes away from the “madness” of the now-branded March Madness Tournament.

Compare the women’s side to what is going on in the men’s bracket. The favorites in the men’s tournament are actually being favored more than they have traditionally been in an average of data going back to 2010. The games, in other words, are more predictable.

Speaking of less predictable games, just look at Stanford and Connecticut. According to FiveThirtyEight, Stanford has a 56% chance of winning the game. Connecticut is right nearby at 44%.

It should be a good game, and it is certainly a hard one to predict. Either way, the viewers win.