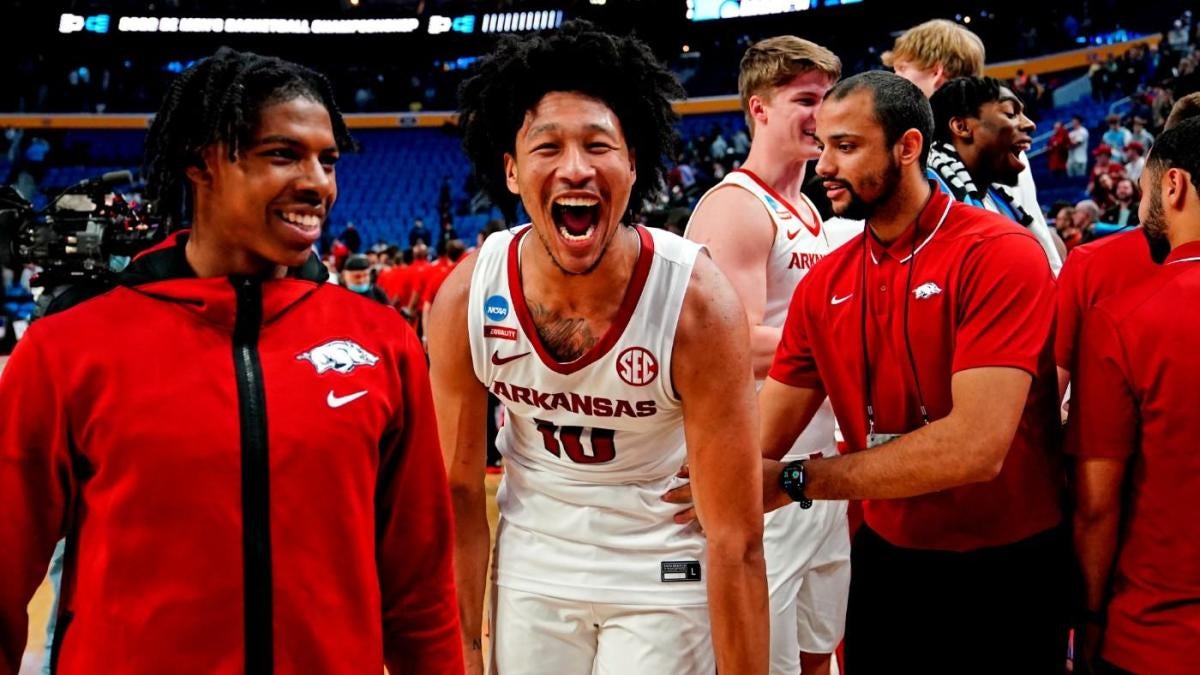 One of the beautiful aspects of March Madness is that you never know which games are going to emerge as the best of the year’s NCAA Tournament. Arizona’s thrilling 85-80 overtime victory over TCU on Sunday, for example, was the last game of the tournament’s first weekend and finished after much of America had gone to sleep. But it was arguably the most captivating finish of the first two rounds.

Then, of course, there was No. 15 seed Saint Peter’s stunning No. 2 seed Kentucky in a first round game last Thursday. Some genius at CBS Sports ranked that one last among the first round games entering the Big Dance, and it turned out to be one of the greatest upsets in NCAA Tournament history. That’s why they call it March Madness.

Now that we know the main characters of this NCAA Tournament a little better, perhaps it will be easier to accurately forecast which Sweet 16 matchups will be most captivating. With four games set for Thursday and four more set for Friday, the regional semifinal action will again require viewers to make difficult television viewing choices. Even if you bust out your second TV again, you’ll have to pick a game for the main screen and decide which one should have the sound on.

So here is a look at the Sweet 16 games ranked in descending order and building toward the best as we gear for another big weekend of college basketball.

It’s just random. This feels like a matchup that would only otherwise happen in November at a tropical resort inside a ballroom converted to a basketball arena. Alas, it’s a Sweet 16 showdown inside Chicago’s United Center. Miami has never reached the Elite Eight, but coach Jim Larranaga has experience taking a double-digit seed all the way to the Final Four. He did it with George Mason in 2006. Iowa State, meanwhile, is seeking to continue its historic turnaround under first-year coach TJ Otzelberger after the Cyclones won just two games last season.

Is Michigan the most-talented No. 11 seed of all time? With five-star freshmen Caleb Houstan and Moussa Diabate playing alongside elite 7-foot sophomore Hunter Dickinson, it’s certainly possible. While fifth-year senior guard Eli Brooks brings a critical element of veteran savvy to this group, the Wolverines will have to play beyond their collective years against Villanova. Point guard Collin Gillespie played a key role off the bench on ‘Nova’s 2018 national title team that beat who in the final game? Michigan. Yep, this is a rematch of the 2018 final, which adds another layer of intrigue. But between Gillespie and Villanova’s other veterans, the Wildcats are a much more seasoned squad.

Friday, 7:29 pm | TBS, March Madness Live
If your team has been eliminated, you are surely rooting for Saint Peter’s now. But if the Peacocks lay an egg in the first half against Purdue, flip it over to this one. Providence could wind up being this bracket’s last hope in preventing the Final Four full of the sport’s big brands. If the Friars can get it done vs. Kansas, then it’s guaranteed that the winner of the Midwest Regional will be making their first Final Four appearance in at least 35 years. Miami has never been to the Final Four, Iowa State last went in 1944 and Providence last made it in 1987. Kansas was there just four years ago.

Friday, 9:39 pm | CBS, March Madness Live
To the extent that blue blood programs can be sleepers, that’s what these two teams are. UCLA played second fiddle to Arizona in the Pac-12 this season, and North Carolina needed a late rally just to make the NCAA Tournament. These programs have won a combined 17 national titles, but with neither seeded particularly well, the expectations of that number reaching 18 this season are minimal. But with No. 1 seed Baylor and No. 2 seed Kentucky already eliminated from the East Regional, the winner will have an excellent shot at advancing to the Final Four.

Thursday, 7:09 pm | CBS, March Madness Live
Mark Few and Eric Musselman are just two years apart in age and look like they could be brothers. But they are quite different. Few has spent his entire career in one place and is reserved for a college basketball coach, allowing his players — looking at you Drew Timme — to bring the antics. Musselman is a twitter junkie and sideline firework whose resume reads like a concert tour schedule. Gonzaga is clearly the more talented team, but you could have said the same thing last season about Baylor when Arkansas took eventual national champions down to the wire in an Elite Eight game.

Friday, 7:09 pm | CBS, March Madness Live
Saint Peter’s vs. Kentucky came in at No. 32 in the ranking of the first round games. Whoops! That mistake will not be repeated as the Peacocks try and keep their magical run alive against Purdue’s vaunted offensive attack. Saint Peter’s will need a monster offensive game to keep pace with the Boilermakers. But even if it doesn’t happen, simply seeing one of the best NCAA Tournament stories of all-time on the floor once more will be fun. The Peacocks have strutted their stuff this month and will have the nation — minus Purdue fans — behind them on Friday.

Thursday, 9:59 pm | TBS, March Madness Live
Mayhem. That should be the expectation for this one as Houston and its tough, physical brand are pitted against Arizona’s high-flying attack. There’s a certain desperation that both these teams play with, and that should make it a captivating game. Even if someone jumps ahead by double digits, rest assured there will be a comeback. These are two chaos teams, and if the ending is anything like Sunday night’s ending between Arizona and TCU, it’ll be worth staying up late to see even if you have to be at work in the morning.

Thursday, 9:39 pm | CBS, March Madness Live
The following schools are among the places that Texas Tech’s Mark Adams has coached during Mike Krzyzewski’s 42-year run at Duke: Clarendon College, Wayland Baptist, West Texas A&M, Texas-Pan American, Howard College and Little Rock. After Duke survived a second round battle with the legendary Tom Izzo of Michigan State, it would be rather ironic if it was Adams, who was a junior college coach in rural Texas just a decade ago, who ended Coach K’s career. The on-court styles here set up for a fantastic battle between Duke’s excellent offense and Texas Tech’s gritty, tenacious defense.