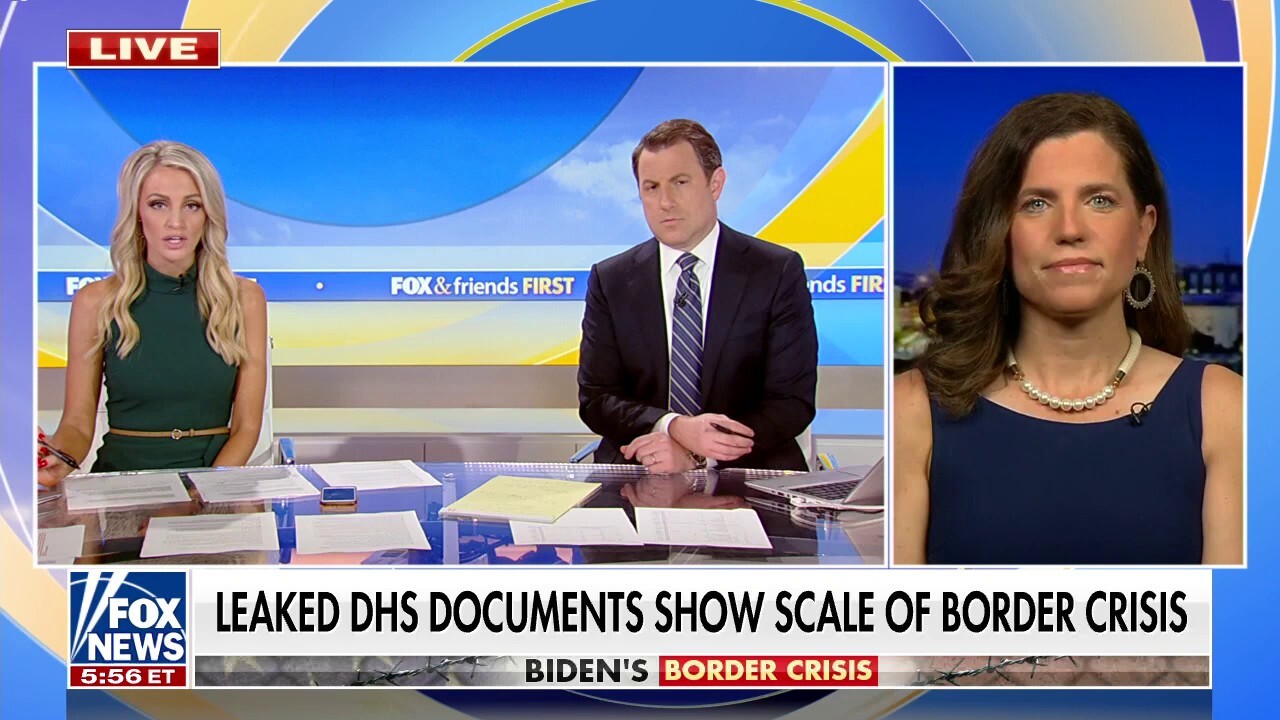 Rep. Nancy Mace, RS.C., joined “Fox & Friends First” Monday to respond to Vice President Kamala Harris lashing out at Texas Gov. Greg Abbott by calling him a “so-called leader” who is focusing on political attacks, instead of solutions to the border crisis.

Mace said Harris is lashing out at leaders like Abbott for having real solutions.

“I think every American, whether you’re on the southern border or not, would like an answer to Kamala Harris on why she has no solution to the border.”

DHS ANTICIPATES AN AVERAGE OF 441 UNACCOMPANIED CHILDREN PER DAY AT BORDER THIS YEAR, A NEW RECORD

Texas Rep. Jodey Arrington is backing moves by officials in his state to take matters relating to the migrant crisis into their own hands, claiming President Biden “surrendered control” of the border and describing the situation as an invasion.

“They are absolutely doing the right thing, and I command the governor for following suit,” the Republican congressman told Fox News Digital in an interview this week.

Arrington spoke after a flurry of moves in Texas related to the border. On Tuesday, multiple counties declared the crisis at the southern border an “invasion” and called on Gov. Greg Abbott to do the same, arguing that it would give the state more power to send illegal immigrants to Mexico.

Abbott signed an executive order Thursday that allows the Texas National Guard and the Texas Department of Public Safety (DPS) to apprehend and return illegal immigrants who have crossed between ports of entry to the southern border. Under the order, illegal aliens will be taken to the US, but not into Mexico.

Mace said the border crisis should be “a bipartisan concern” and despite the illegal crossings and fentanyl coming across, the Biden administration has done nothing. She went on to say that the border crisis is one of the top issues that will lead to Republican victories in the midterm elections.

“You’re going to see a giant red wave in November. This is why it’s important to back Republicans who have solutions, Republicans like Gov. Greg Abbott and others along the border and others in Congress that have solutions to this looming crisis that’s getting worse and worse by the day.”

Elizabeth Heckman is a digital production assistant with Fox News.