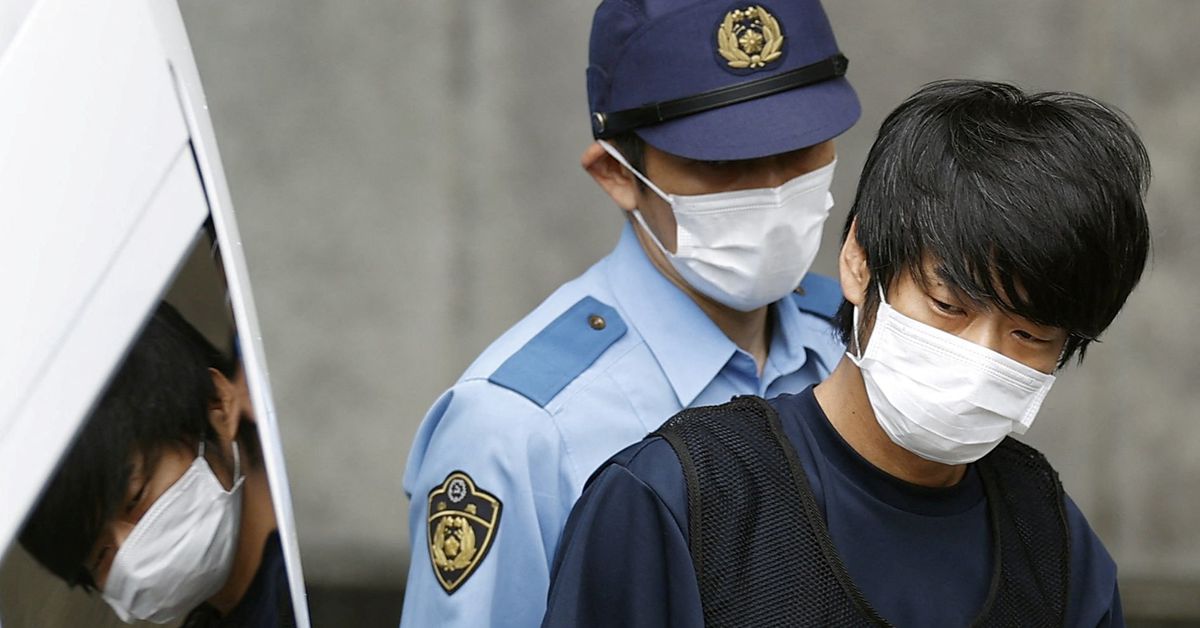 TOKYO, July 11 (Reuters) – The mother of the man arrested for the killing of former Japanese prime minister Shinzo Abe is a member of the Unification Church, the head of its Japanese arm said on Monday.

Tetsuya Yamagami, an unemployed 41-year-old, has been identified by police as the suspect who Abe and opened fire during a campaign speech on Friday.

Yamagami believed Abe had promoted a religious group to which his mother made a “huge donation”, Kyodo news agency has said, citing investigative sources.

Yamagami told police his mother went bankrupt from the donation, the Yomiuri newspaper and other media have reported.

Tomihiro Tanaka, president of the Japanese branch of the Family Federation for World Peace and Unification, known as the Unification Church, told reporters in Tokyo that Yamagami’s mother was a church member.

Tanaka declined to comment on her donations, citing the ongoing police investigation.

Reuters was not able to contact Yamagami’s mother and could not determine whether she belonged to any other religious organisations.

The Unification Church was founded in South Korea in 1954 by Sun Myung Moon, a self-declared messiah and strident anti-communist. It has gained global media attention for its mass weddings where it marries thousands of couples at a time.

The church’s affiliates include daily newspapers in South Korea, Japan and the United States. Moon ran a business empire and founded the conservative Washington Times newspaper.

Abe, who was known for his conservative views, appeared at an event hosted by an organization affiliated with the church last September and delivered a speech praising the affiliate’s work towards peace on the Korean peninsula, according to the church’s website.

Critics have for years said the church is a cult and questioned what they say are murky finances. The church rejects such views and says it is a legitimate religious movement.

Police have confirmed that the suspect said he held a grudge against a specific organisation, but they have not named it.

Reuters visited the home of Yamagami’s mother in Nara on Monday. The white house is tucked away at the end of a quiet cul de sac in a well-to-do neighborhood one stop on the train from where Abe was gunned down. She did not appear to be at home. Two policemen sat outside in an unmarked car.

A next door neighbour, a woman who only gave her surname Ishii, said she did not know the family and had only ever greeted the mother.

“I don’t see her around much, I say hello, but that is all,” she said, adding that the mother appeared to live a quiet life.

Another neighbour, an 87-year-old woman who only gave her surname Tanida, said the mother had lived alone for a long time.

Yamagami’s mother first joined the church around 1998 but stopped attendance between 2009 and 2017, Tanaka said. About two to three years ago she re-established communication with church members and in the last half year or so she has been attending church events about once a month, he said.

Tanaka said the church learned of the mother’s financial difficulties only after talking to those close to her. He said he didn’t know what caused those difficulties.

Nara police on Monday said they found apparent bullet holes at a facility run by the church, and that the suspect told them he had fired practice rounds at the facility the day before he shot Abe.

Two people who lived near the group’s biggest church in Nara prefecture, which is also the one closest to Yamagami’s house, told Reuters it had been quiet since Saturday. Normally weekends are busy with members attending services, they said. They had not heard any loud bangs, they said.

Tanaka said Abe had sent messages to events held by church affiliates and expressed support for its global peace movement.

Moon, who spoke fluent Japanese, launched an anti-communist political campaign in Japan from the late 1960s and built relations with Japanese politicians, according to the church’s publications.

Nobusuke Kishi, Abe’s maternal grandfather and a former prime minister, was an honorary executive chair for a group banquet hosted by Moon, the International Federation for Victory over Communism said on its website.

Reporting by Kiyoshi Takenaka in Tokyo, Ju-min Park in Seoul and Tim Kelly in Nara; Additional reporting by Chang-Ran Kim in Tokyo and Satoshi Sugiyama in Nara; Editing by David Dolan and Kenneth Maxwell