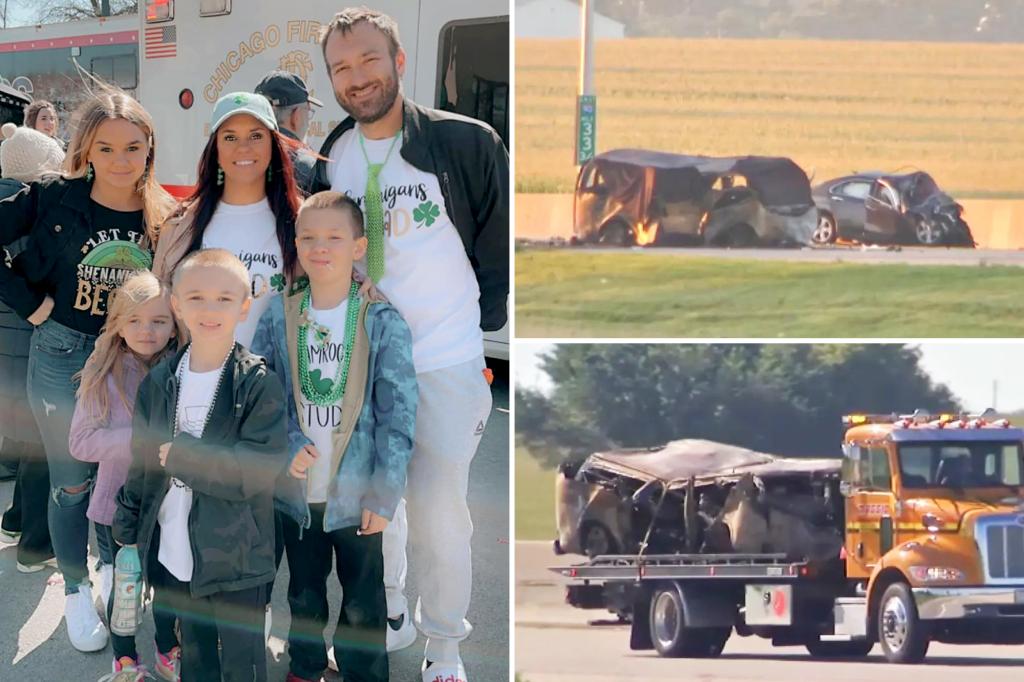 A mother, her four young children and one of the kids’ pals were among seven people killed in a horrific wrong-way crash in Illinois over the weekend, according to a report.

The family’s Chevrolet van — carrying Lauren Dobosz, 31, her four kids, husband and one of the children’s friends — was hit head-on by an Acura TSX going the wrong way in rural Riley outside Chicago around 2 am Sunday, according to the Chicago Sun Times.

The impact caused both vehicles to burst in to flames, killing Dobosz and the five kids.

The sole occupant of the Acura, Jennifer Fernandez, 22, was also killed.

Dobosz’s husband was airlifted to a hospital, where he remains in critical condition.

The mother was a cheerleading coach for a junior football team on Chicago’s Northwest Side, according to the outlet.

A fundraising effort by the shattered team had raised more than $12,000 for the family’s relatives Monday afternoon.

“Lauren always made a great impression on everyone she met, she was full of life, laughter, and always a good time,” the appeal read. “We’re going to miss you Lauren and your spunky, sweet, sassy kids and every so loved friend.”

The investigation into the crash is continuing.