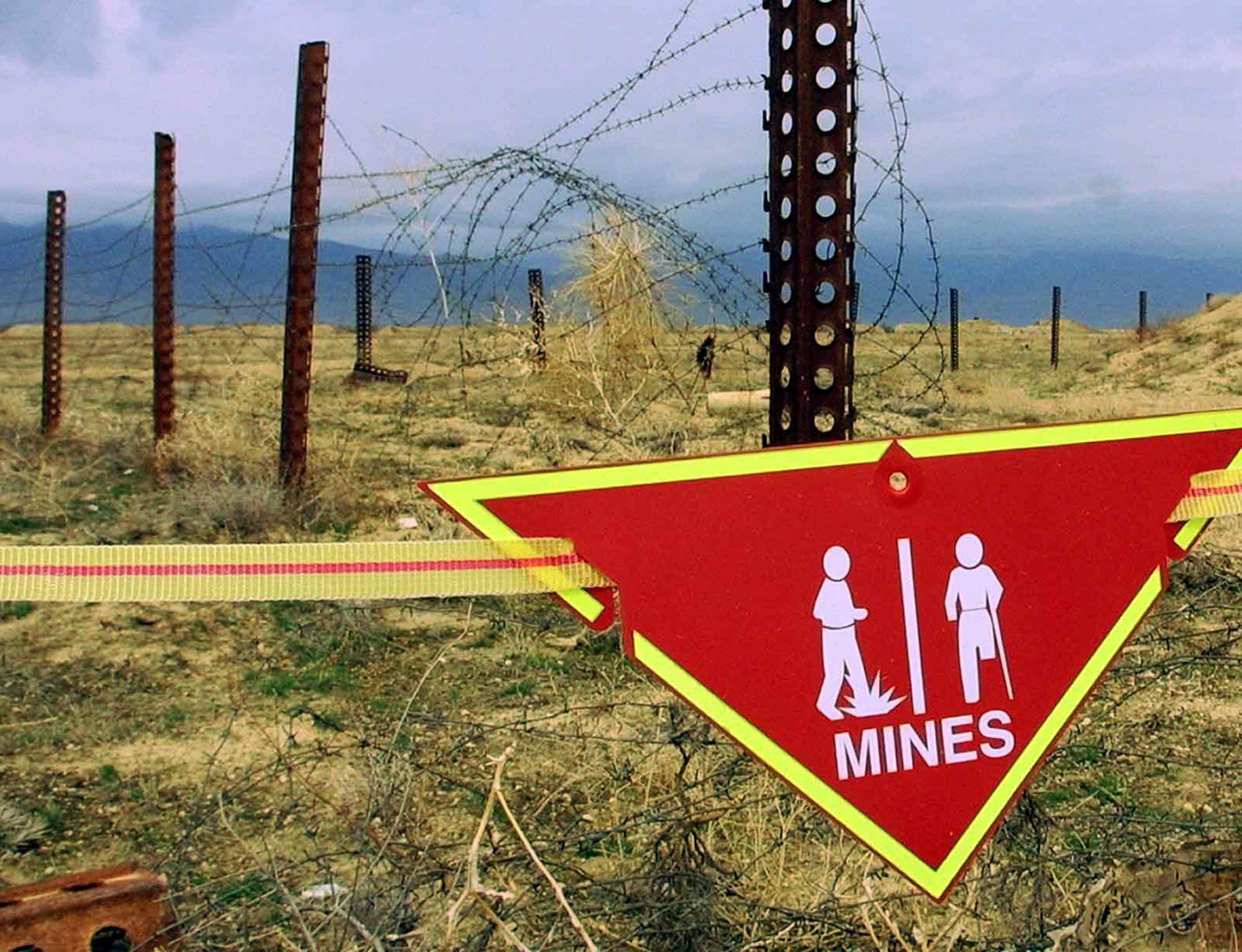 WASHINGTON (AP) — President Joe Biden’s administration announced Tuesday that it would restrict the use of anti-personnel land mines by the US military, aligning the country’s policy more closely with an international treaty banning the deadly explosives.

“The president strongly believes that we need to curtail their use worldwide,” John Kirby, a national security spokesman, said at the White House briefing.

The United States has not extensively deployed the mines since the Gulf War in 1991. But the announcement represents a shift from a more permissive stance under then-President Donald Trump, and it concludes a review that has lasted for more than a year.

Bonnie Jenkins, the State Department’s undersecretary for arms control and international security, said the new policy fulfills “a commitment that President Biden made as a candidate,” when he described Trump’s decision as “reckless.”

Anti-personnel land mines are buried underground or scattered on the surface, and they can pose a lethal threat to civilians long after combat has ended. Russia has reportedly used the explosives during its invasion of Ukraine.

“As welcome as this step is, the White House needs to put the US on a definitive path to join the treaties banning anti-personnel mines and cluster munitions,” he said in a statement. “Neither of these indiscriminate weapons, the horrific consequences of which we are seeing in Ukraine today, belong in the arsenals of civilized nations.”

Under the new policy, the US will restrict the use of these explosives outside of its efforts to help defend South Korea from a potential North Korean invasion. Although the US does not currently have any minefields deployed there, Washington has pledged support for Seoul’s defense, which includes anti-personnel mines.

The US has a stockpile of 3 million anti-personnel land mines. Under the new policy, any that aren’t needed to protect South Korea will be destroyed. The Pentagon did not immediately respond to a question about whether any will be discarded.

The exception regarding the Korean Peninsula, which was also in place during President Barack Obama’s administration, leaves the US short of full compliance with the Ottawa Convention, the 1997 treaty intended to eliminate anti-personnel land mines.

Russia is not a signatory to the treaty either, and Human Rights Watch said it has documented Moscow’s use of mines during its invasion of Ukraine.

Alicia Arango Olmos, Colombia’s ambassador to the United Nations in Geneva and a top official in the global campaign against the use of land mines, has urged Russia to stop deploying them. “Anti-personnel mines only cause victims, they don’t solve any type of problem,” she said in April.

Her office praised the US announcement on Tuesday.

“We welcome this timely decision and thank the United States for your commitment to the principles of the (Ottawa) Convention,” the office tweeted. “We need to continue our clearance efforts all around the world until we reach #MineFreeWorld.”

US officials said that the Pentagon was working on alternatives to land mines on the Korean peninsula, but did not detail what those might be.

Daryl Kimball, executive director of the Arms Control Association, said the administration “needs to have a better answer about when those alternatives will be developed, rather than just kicking this down the road.”

He said the US should continue working to completely comply with the Ottawa Convention.

“We need to get fully in step to fully differentiate ourselves from the international scofflaws like Russia,” he said.