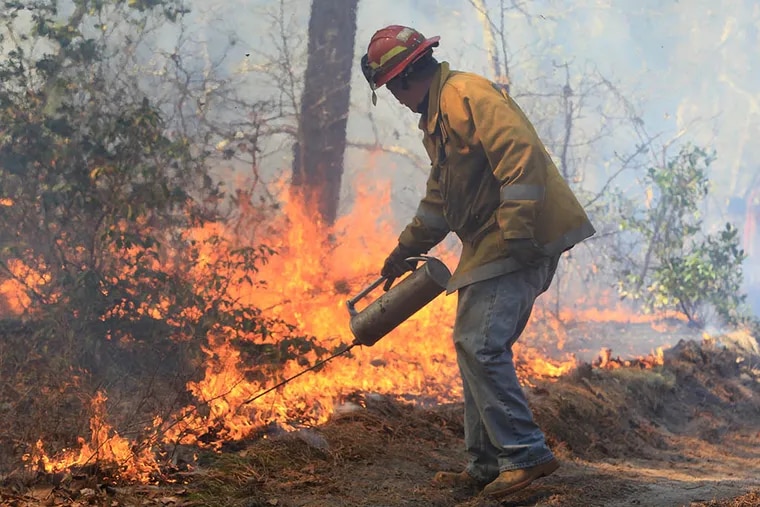 A wind-driven major wildfire in Wharton State Forest in Burlington and Atlantic Counties continued to spread Sunday evening as more than 600 acres burned and the fire was only 10% contained as of 7:30 pm, with structures threatened and at least one campground evacuated , the New Jersey Forest Fire Service reported.

Firefighters had begun setting backfires in an effort to contain the blaze, reported along the Mullica River in Washington, Shamong, Mullica, and Hammonton Townships in the Pine Barrens.

At 5 pm, the fire service had reported no structures were threatened; two hours later that had changed, with six structures in the Paradise Lakes Campground in Hammonton at risk. The campground was evacuated. Local fire departments from Atlantic and Burlington Counties were providing structure protection.

No injuries were reported, said the fire service, which first mentioned the fire on its Facebook page around 1 pm

According to the fire service, wildfire becomes a “major wildfire” after it exceeds 100 acres.

Dry and breezy conditions Sunday, with wind gusts at times close to 30 mph, contributed to the fire, the National Weather Service in Mount Holly said. Winds were expected to subside Sunday evening.