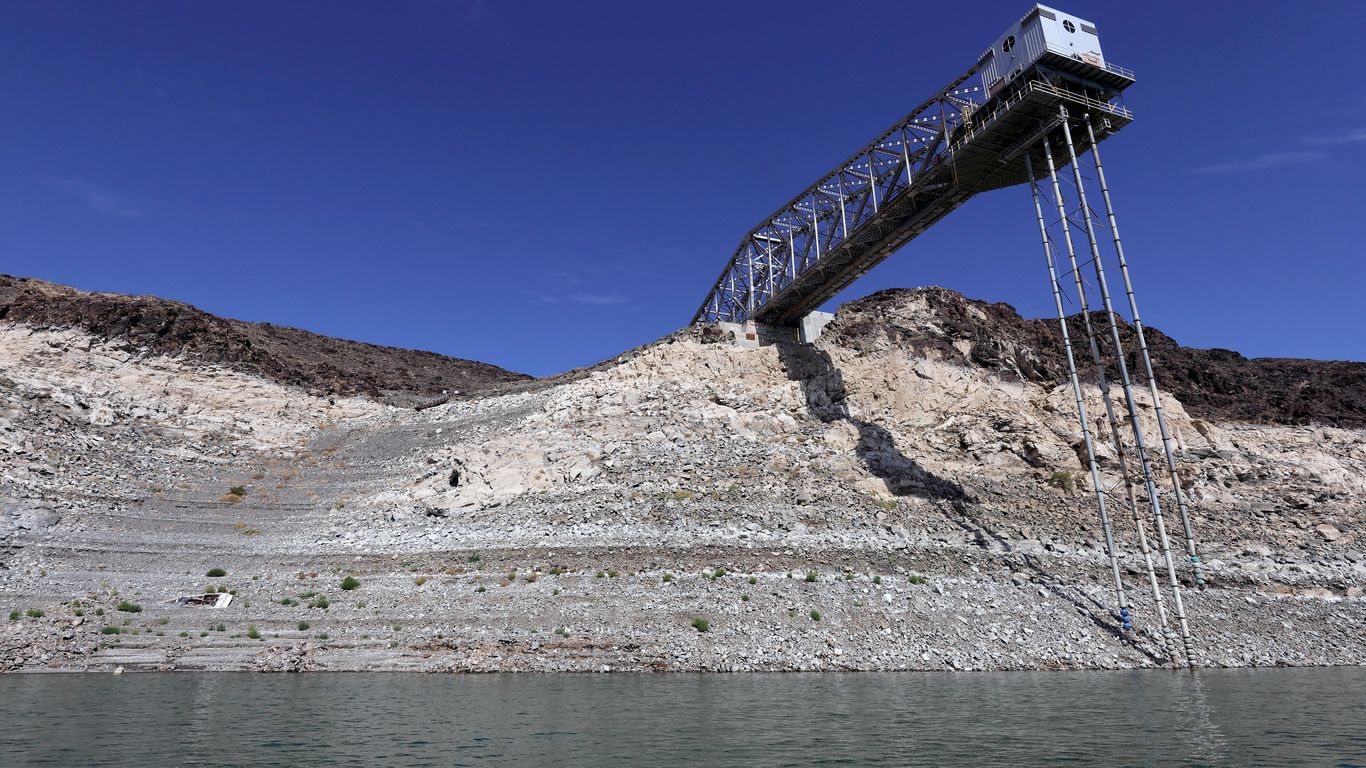 Why it matters: It’s fourth such discovery in the nation’s largest reservoir by volume since May as a megadrought sinks Lake Mead’s water levels to the lowest since 1937, per AP.

Driving the news: The Southwest is in the grip of a megadrought lasting more than two decades and studies show it’s more severe than any in at least 1,200 years, which is being driven in large part by climate change, Axios’ Andrew Freedman notes.

The big picture: Lake Mead spans Nevada and Arizona and is part of the vast Colorado River basin that provides water for agriculture and human consumption to seven states, while also generating electricity at the massive Hoover Dam.