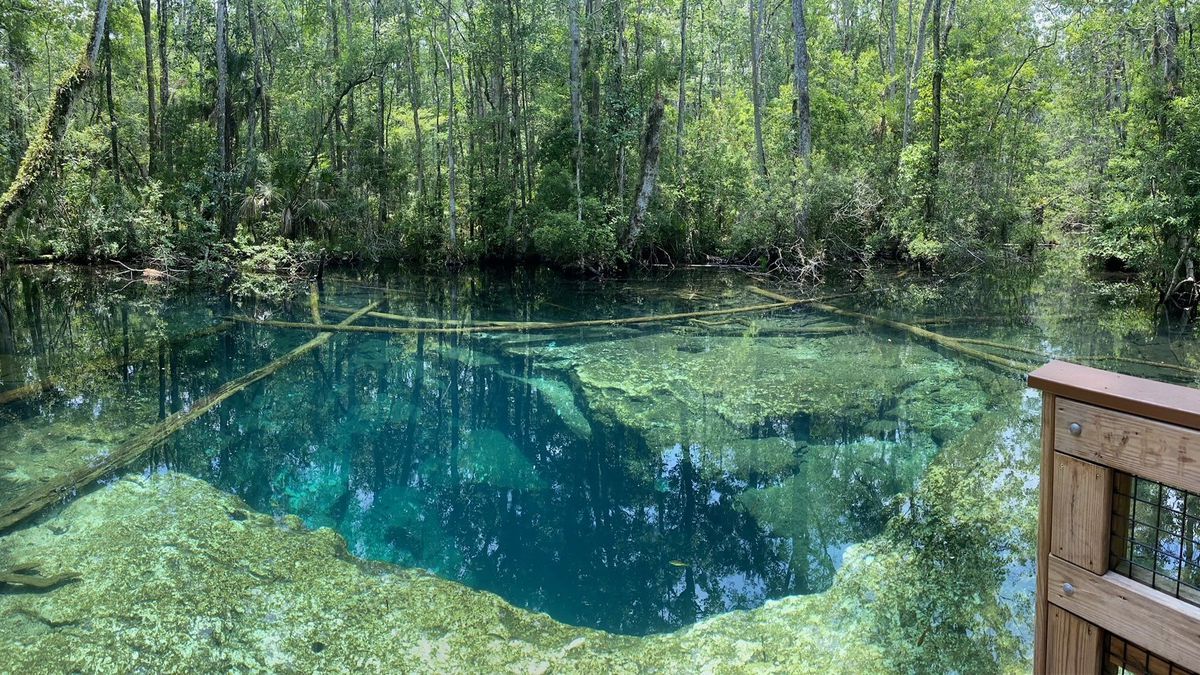 Searchers recovered the body of a missing diver 137 feet below the surface at Buford Spring on Wednesday, the Hernando County Sheriff’s Office said Thursday. The discovery came after another diver was found dead in the water earlier that day.

The divers have been identified as Todd Richard McKenna, 52, and Stephen Rodrick Gambrell, 63, the Sheriff’s Office said in a media release.

Neither diver showed signs of obvious trauma, deputies said, and both had the proper diving gear. Investigators have not determined whether all of the equipment was working correctly.

Hernando County Fire Rescue referred to the divers as scuba divers in a phone call with the Times Wednesday. However, the Sheriff’s Office said in an email Thursday it did not know what kind of diving the men were doing.

The body of the first diver was discovered by three teens who were swimming at Buford Spring, located inside the Chassahowitzka Wildlife Management Area, 13243 Commercial Way in Brooksville. The teens — two 15-year-olds and a 17-year-old — called 911 to report a possible drowning around 12:20 pm

About an hour before the 911 call, the teenagers told authorities they had met McKenna and Gambrell and chatted with them while the two men prepared for their dive, the Sheriff’s Office said.

McKenna and Gambrell resurfaced shortly after starting their dive and the teens heard them discussing going back down into a cave, and whether they had enough air in their tanks to complete the dive, according to the release. They said one of the divers may have mentioned he possibly had a leak in his tank before diving back down into the water.

A short time later, the teens saw one diver come to the surface. The man, later identified as Gambrell, was floating facedown, the Sheriff’s Office said, and the teenagers thought he was looking for the other diver, who had not surfaced with him.

after the teens noticed there were no bubbles coming to the surface, like they had seen earlier, they swam over to check on Gambrell, the release said. He didn’t respond.

The three teens were able to get Gambrell over to the dock, but they couldn’t lift him out of the water. When deputies arrived, they jumped into the water and lifted the diver onto the dock. Gambrell was dead when he was pulled out of the water, according to the Sheriff’s Office.

Deputies knew that McKenna was still underwater and waited for him. The teens had told them about the two men discussing the amount of air in their tanks, so deputies thought the diver would surface at any minute, the Sheriff’s Office said.

When the Mckenna did not surface after some time, deputies realized he likely had an issue in a cave. The Sheriff’s Office didn’t say how long deputies waited for the fun to surface.

Several members of the International Underwater Cave Rescue and Recovery team responded to the scene to help search for McKenna, according to the Sheriff’s Office. The team is comprised of highly specialized divers.

The team found McKenna 137 feet below the surface and brought him up, where he was pronounced dead, the release said.

You’ll receive updates on major issues and events in Tampa Bay and beyond as they happen.

You’re all signed up!

Want more of our free, weekly newsletters in your inbox? Let’s get started.

Explore all your options

The bodies of both men were turned over to the medical examiner. The Sheriff’s Office is continuing to investigate their deaths.

According to a Chassahowitzka Recreational Guide available on the wildlife commission’s website, Buford Spring is a network of underground caverns with the 167-foot descent. The spring is described as containing maze-like passages within the caverns.

The guide warns of the dangers cave divers face at both Buford Spring and Eagle’s Nest Sink, a neighboring spring described as the “Mount Everest of cave diving,” saying that people have died at both locations.