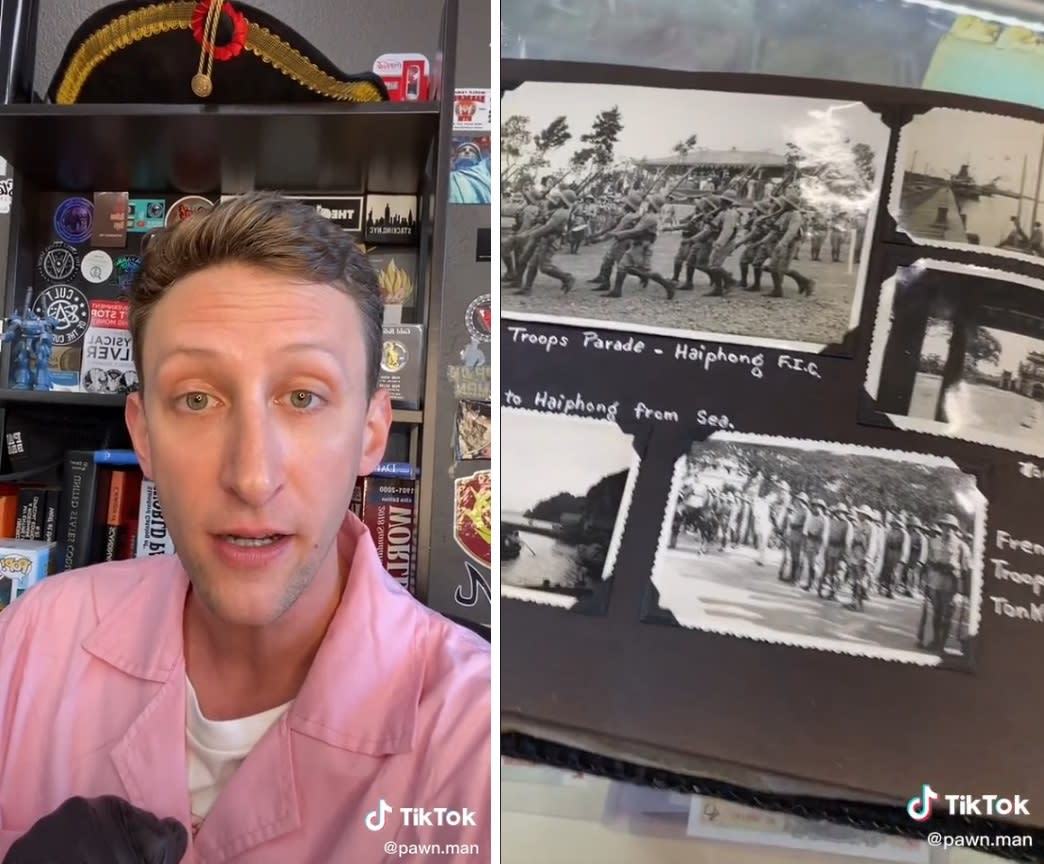 A pawn shop owner in Minnesota claims to have discovered long-lost photos taken during the Nanjing Massacre.

In a video posted to TikTok with over 9.5 million views, Evan Kail says that a customer felt him an old album of photos from World War II with the intention of selling it. When he opened the album and inspected its contents, he found disturbing photos labeled as if they were taken during the December 1937 massacre, which lasted for six weeks and saw at least 200,000 Chinese civilians killed by the Imperial Japanese Army.

At first glance, the photos don’t seem to be anything out of the ordinary.

More from NextShark: We’re not lion: King of the jungle’s mullet is mane attraction at Chinese zoo

“The soldier is stationed in Southeast Asia, probably around 1937-1938, and it starts out OK,” says Kail. “But the pictures start to get more war related here.”

He goes on to flip the page to what are presumably the images from the Nanjing Massacre — also known as the Nanking Massacre or the Rape of Nanking — but stops, saying “I cannot show you what’s beyond this page.”

“When I got that book on Monday, and I opened it up and I got beyond that page, I screamed,” Kail says. “Somehow, that guy who took those photos, was present for the Rape of Nanking. He took about 30 photographs that are unknown to history that are worse than anything I’ve seen on the internet in color — those photos are in black and white.”

More from NextShark: Woman gives birth to ‘Tesla baby’ in front seat of car driving itself to hospital on autopilot

“I majored in Japanese studies, and we covered the Rape of Nanking, and I remember my teachers telling me that photographic evidence was mostly destroyed by the Japanese,” he continues. “There are very, very few photographs out there. This guy took photos of things that I’ve read about in books that I didn’t even realize anyone had ever documented before.”

However, questions about the validity of the photos currently remain unanswered. For example, the photo album lists the ship its owner sailed on as the USS Augusta. According to Naval History and Heritage Command, the Augusta was not in nanking at the time of the massacre, which began on Dec. 13, 1937. Although the ship had previously been to Nanking multiple times, it was in Shanghai on Dec. 12, nearly 300 km away, when it took on the survivors of a gunboat and three oil tankers whose ships were sunk by Japanese naval planes north of Nanking.

More from NextShark: Reddit post by alleged half-Korean teen mistreated by family for being white-passing is removed

Further, Khail shared some of the photos on Twitter, most of which are extremely graphic. They depict beheadings, corpses with their hands tied behind their backs, and one of a man tied to a post and being tortured to death with knives captioned “Death of a thousand cuts.”

Twitter users were quick to point out that some of the shared images have been posted online in the past with contexts that contradict the captions written in the album. Similar images of the man being tortured to death have previously been published onlineand and described as depicting the execution of a man named Fu Zhuli. The image of a man being beheaded in public is available as a stock photo and listed as “Public execution of a communist in the streets of Nanking 1927.”

Kail ends his video with a plea for his viewers to “blow this video up so that the proper channels can see that I have it and contact me” in hopes that its contents will be preserved and further studied.