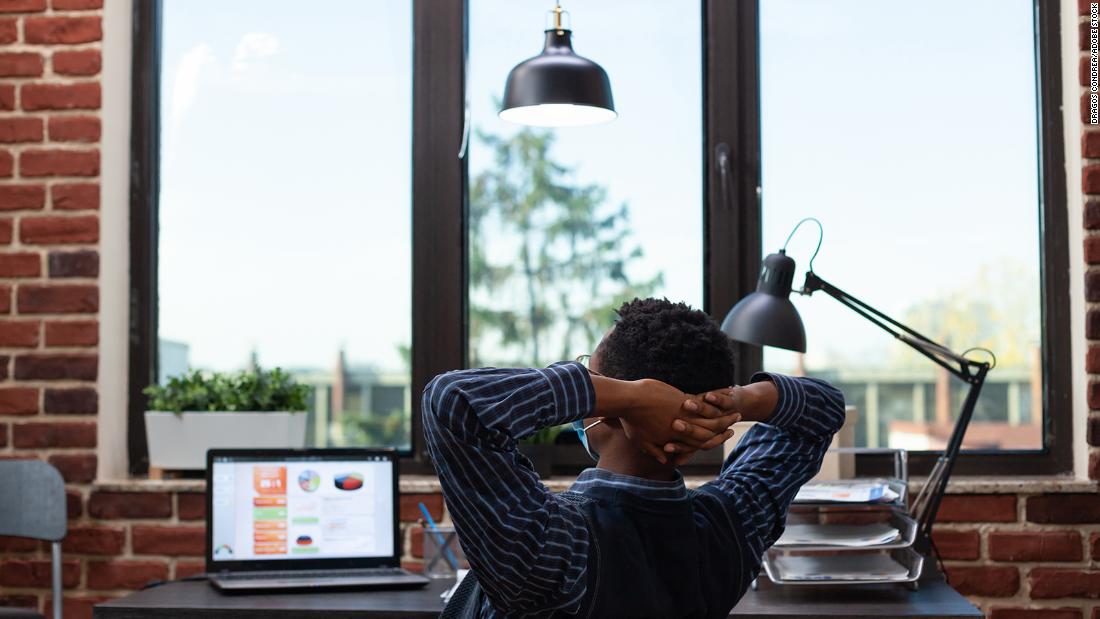 Researchers examined 22 studies from the past 30 years and determined short breaks improved worker well-being, which they defined as having energy to complete tasks without being exhausted by the end of the workday, said study author Irina Macsinga, associate professor in the psychology department at the West University of Timisoara in Romania.

Breaks during the workday are often seen as the worker being lazy or unproductive, which can make people feel guilty for taking them, Macsinga said. The goal of her report was to prove that short breaks are valuable for employees and organizations alike.

“It seemed quite unintuitive to have a full week and to wait for the weekend just to feel better, or to have a hard day at the office and to count the hours until evening,” she said.

The studies included in the analysis looked at how breaks of 10 minutes or less impacted students in a laboratory setting or employees in a workplace setting, and either originated from the United States, Netherlands, China, Austria, Germany, Australia, Brazil and Japan.

Study participants engaged in routine or creative work benefited from taking short breaks, according to the report.

Routine tasks are activities done with a high level of automation that don’t require a person to use their full brain capacity. This can cause the mind to wander to other work or non-work-related to-dos, increasing the chances of a mistake, the analysis noted.

A break can decrease the risk of mistakes and refocus the worker’s attention on the job at hand, according to the report.

Creative tasks require a person to search for information in their brain relevant to what they’re doing while suppressing ideas that are not on topic, according to the analysis.

Short breaks allow the worker to focus on an activity that is different than the one they’re working on, which can increase flexibility and improve creative performance, the study authors found.

However, cognitively demanding tasks, work that requires a high level and quantity of brain power, did not show significant performance improvement with microbreaks, according to the analysis.

The studies revealed that, for people in those situations, a short break could replenish vigor, but not fully replenish the mental resources needed to complete the task.

Not all breaks are created equal

Recovery activities that were unrelated to the job showed higher levels of emotional improvement compared with work-related breaks, according to the analysis.

Unrelated activity could include physical exercise, such as walking, which the researchers found to be associated with decreased fatigue and an increase in positive emotions. Watching a short video clip was linked to better recovery and performance, according to the analysis.

Work-related microbreaks like checking email or helping a colleague were associated with decreased sleep quality and well-being as well as increased negative mood, according to the report.

Whatever workers decide to do on their break, it should be something they enjoy, said Emily Hunter, professor and department chair at the Hankamer School of Business at Baylor University in Waco, Texas. Hunter was not involved in the study.

In her research, she found people who participated in activities they preferred during their breaks were associated with a high recovery level after the break.

How often should you take a microbreak?

The analysis did not examine how often people should pause for microbreaks, but Macsinga recommended workers take them as frequently as they need to.

“When taking a short break when we feel the need to, we can notice that new ideas start to flow easily again,” she said.

The frequency of breaks needed may depend on the type of work a person does, Hunter said.

In her research, Hunter found short breaks often throughout the day were generally beneficial.

“Much like we need to keep drinking water to stay hydrated, we also need to take frequent, short breaks to stay focused,” she said.