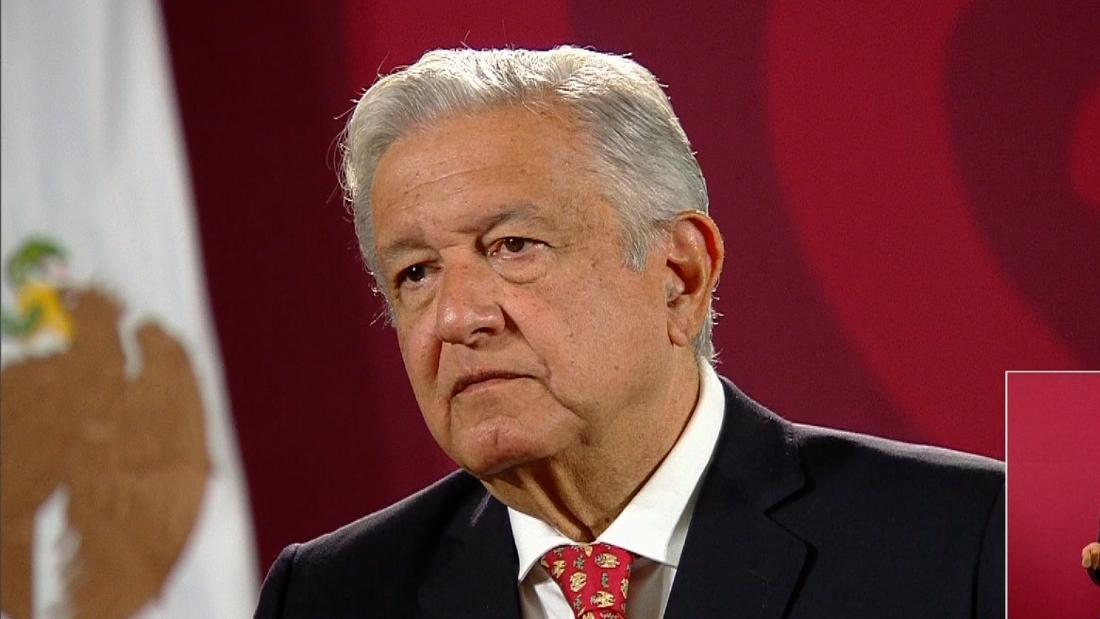 Cuba, Nicaragua and Venezuela were not invited to the summit because of the “lack of democratic space and the human rights situations” in the countries, a senior Biden official administration said in a statement to CNN on Monday. López Obrador had previously threatened to boycott the summit, which is traditionally attended by leaders from North, Central and South America and the Caribbean and is convened every few years.

“I am not going to the summit because not all American countries are invited and I believe the need to change the policy that has been in place for centuries: The exclusion, the desire to dominate without any reason, the disrespect of countries’ sovereignty ( and) the independence of each country,” López Obrador said at a news conference in Mexico City. He said the country’s foreign minister, Marcelo Ebrard, will attend instead.

The move is a significant snub to President Joe Biden and his administration and threatens to undermine the gathering. The Biden administration has not yet provided an official list of invitations as it scrambled to address boycott threats from a group of countries led by Mexico over the exclusion of several countries.

Biden is slated to arrive at the summit in Los Angeles on Thursday.

After announcing he would not attend this week’s summit, López Obrador said on Monday he would visit the White House next month and hopes to discuss the inclusion of all leaders from the Americas with Biden.

López Obrador’s decision is the culmination of weeks of speculation about whether the Mexican leader would be able to convince the Biden administration to invite Cuba, Venezuela and Nicaragua.

As the White House scrambled to secure for the summit, there had been some frustrations among officials that what was meant to be a centerpiece event highlighting renewed US leadership in the region had been obscured by a fight over invitees.

The decision by López Obrador to boycott came after a concerted effort by the United States to get him to come, including lengthy virtual meetings with former Democratic Sen. Chris Dodd of Connecticut, who is serving Biden’s special adviser for the summit.

During an April telephone call between Biden and López Obrador, the subject arose again. In a readout, the White House said the men “looked forward to meeting again at the June Summit of the Americas.”

But those efforts were not enough to convince the Mexican leader to attend.

In public, US officials have sought to downplay the importance of López Obrador attending, insisting that the event could still be successful even with the absence of the leader of one of the largest countries in the Americas.

Officials have also privately suggested that López Obrador is playing to a domestic audience by refusing to attend. And they have said important agreements on migration, climate change and the economy are still in the works.

Still, the unsuccessful efforts to secure the attendance of important leaders in the United States’ own neighborhood speak to a messier-than-planned process of organizing this week’s summit. Several officials privately said the refusal of some leaders to attend had not been fully planned when organizing for the summit began last year.

Last week, the White House seemed to acknowledge the questions about attendance had subsumed some of the summit’s objectives

“There’s always questions about who is coming and who is not, but we should also talk about and focus on what the purpose of this meeting is,” White House press secretary Karine Jean-Pierre said.

She shrugged off questions about why everything seemed to be coming together — or not — at the last minute.

“I think if you’ve been following this administration for the past year and a half, one week is not the eleventh hour when it comes to how things move. And so that is a lifetime away for us as a White House,” she said.

This story has been updated with additional information.