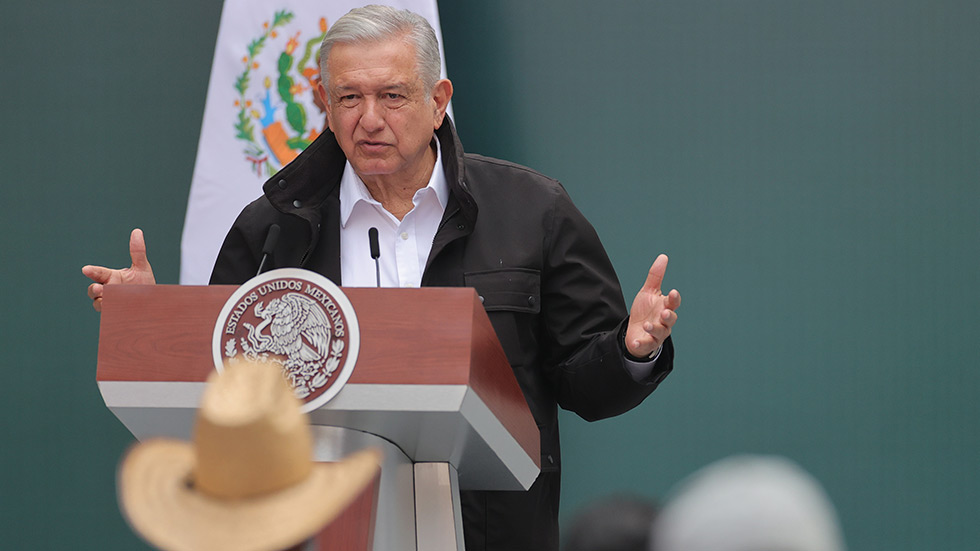 Mexican President Andrés Manuel López Obrador on Monday confirmed he will not be present at the Summit of the Americas, hosted by the Biden administration in Los Angeles this week.

López Obrador’s snub of the continental event comes as no surprise, as he’d threatened to pull out for weeks, citing the US refusal to invite the leaders of Cuba and Nicaragua and representatives of the Maduro government in Venezuela, which the United States does not recognize.

“I’m not going to the Summit because not all countries are invited,” López Obrador said at his daily press conference.

López Obrador said Monday that Foreign Secretary Marcelo Ebrard will attend in his place, as he’d previewed last month when the Mexican president first threatened to snub the event.

Mexico will join Honduras in sending a lower-level delegation to protest the exclusion of the three countries that either don’t recognize or don’t adhere to the Inter-American Democratic Charter.

While the summit will proceed as planned, the Biden administration had invested significant diplomatic capital in wooing the two left-leaning governments.

Shortly after Castro’s inauguration, Hernández — a onetime US ally — was extradited to the United States and is facing trial in federal court on drug charges.

Harris López Obrador visited on her first foreign trip as vice president, and both she and Biden had held multiple video and telephone calls with the populist leader.

The Biden administration has also gone out of its way to appear and curry favor with López Obrador, who’s often spouted antagonistic rhetoric against the United States and challenged the US on a number of policy areas.

Biden officials made public, for instance, plans to invite López Obrador to a Dodgers game in Los Angeles — the Mexican president is an avid baseball player and fan.

“I have a very good relationship with President Biden. He’s a good man. In this case I feel there are many pressures from Republicans and especially from some leaders in the Republican Party and also in the Democratic Party that have something to do with the Cuban community in Florida and the United States,” said López Obrador in a thinly veiled reference to Sen. Bob Menendez (DN.J.), the chairman of the Senate Foreign Relations Committee, and Sen. Marco Rubio (R-Fla.), the ranking member on the Foreign Relations Committee’s Western Hemisphere subpanel.

Menéndez responded to López Obrador’s decision not to attend Monday, doubling down on his criticism of the Cuban, Nicaraguan and Venezuelan governments.

“The Summit is an opportunity for democracies—not authoritarian thugs—from across the hemisphere to forge an agenda that advances our shared prosperity and democratic values,” said Menéndez in a statement

“After years of absolute neglect and outright hostility for the US-Mexico partnership by Donald Trump, President Lopez Obrador’s absence at the Summit will unfortunately set back efforts to continue repairing the relationship and to cooperate on issues pertinent to the well-being of both our nations. I join those increasingly concerned by President Lopez Obrador’s decision to stand with dictators and despots over representing the interests of the Mexican people in a summit with their partners from across the hemisphere,” he added.