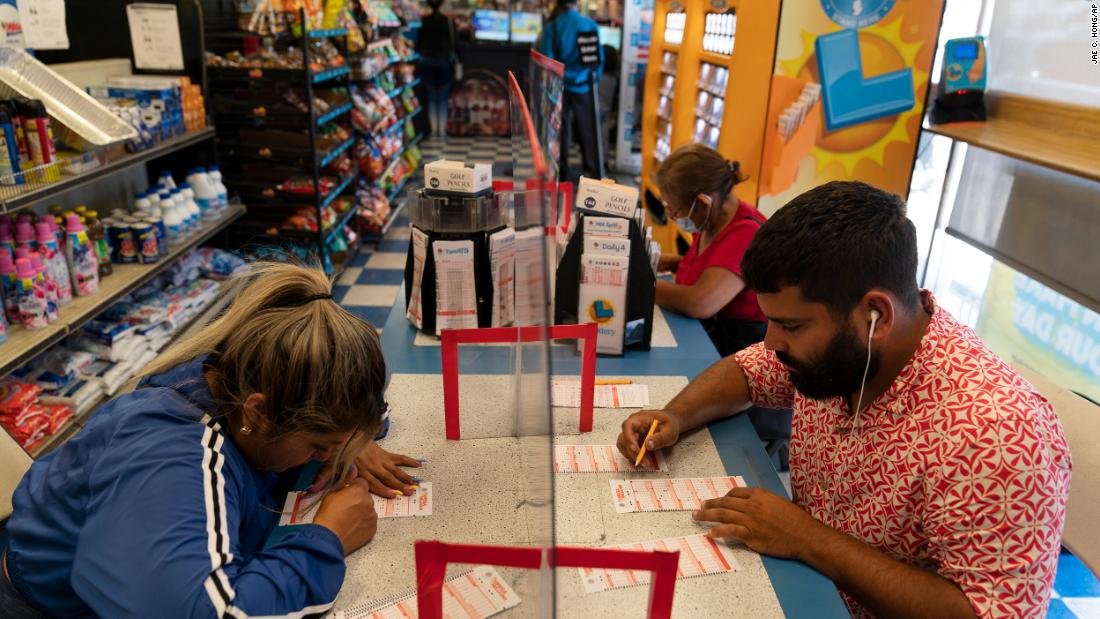 The cash value option of Friday’s jackpot is $742.2 million. The drawing is at 11 pm ET at the WSB-TV studio in Atlanta.

The largest jackpot of any US lottery game was $1.586 billion — a Powerball prize from January 13, 2016, shared by winners in California, Florida and Tennessee.

Timothy Schultz, who won a $28 million Powerball jackpot in 1999 and now hosts a lottery podcast, told CNN winning can “really turn your life on its head.”

He said after he checked their numbers in the newspaper and realized he won, some of the first calls he made were to attorneys and financial advisers.

“It can change pretty much everything, relationships, your ability to live a life,” he said. “I think it can buy time, which can be invaluable. And, you know, it’s one of the most surreal life changing things that can possibly happen to somebody.”

He said working with a financial adviser will benefit people who have no experience with millions because an adviser will help the winners understand what they can realistically do with the winnings.

Schultz said he didn’t consider himself to be materialistic before he won’t so his most extravagant purchases were some cars and real estate.

“I found that for myself and for a lot of people that I’ve met and interviewed that if you win the lottery jackpot it magnifies, or at least it can magnify, your personality. It doesn’t necessarily change who you are,” he said.

He said while he rarely plays the lottery these days, he did buy one ticket for Friday night’s drawing.

Mega Millions jackpots start at $20 million for the annuitized prize and grow based on game sales and interest rates for 30-year US treasuries. The odds of winning the jackpot are 1 in 302,575,350.

There are seven other less valuable prizes that depend on how many and what type of balls a ticket matches. Odds of winning a $1 million runner-up prize — if a ticket matches the five white balls but not the Mega Millions ball — are 1 in 12,607,306.

Mega Millions tickets are sold in 45 states, Washington DC, and the US Virgin Islands, with drawings on Tuesday and Friday. Tickets are sold online in Georgia, Illinois, Kentucky, Michigan, New Hampshire, North Carolina, North Dakota, Pennsylvania, Virginia, and DC, but the purchaser must be in that state.