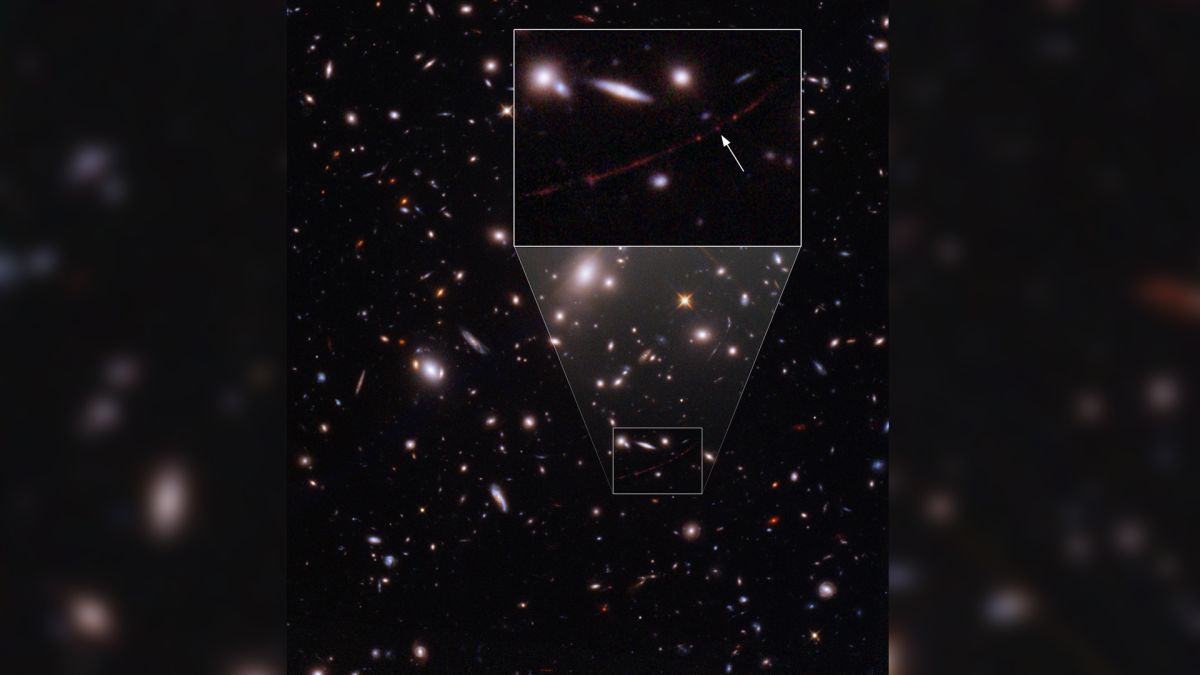 Scientists using the Hubble Space Telescope just made a remarkable discovery, and they gave it quite a unique name.

A team of researchers led by Brian Welch, an astrophysicist at Johns Hopkins University in Baltimore, announced Wednesday (March 30) that, with observations from Hubble, they have discovered the most distant single star ever before seen. And, while the star’s technical designation is WHL0137-LS, they gave it a much catchier name: Earendel.

Fans of the author JRR Tolkien, famous for fantasy novels including “The Lord of the Rings” series and “The Silmarillion,” might already find this familiar name.

And, as NASA astronomer Michelle Thaller confirmed to Space.com, the name is, in fact, inspired by Tolkien’s fantasy writing.

This star “has the wonderful name of Earendel, and that’s actually from Tolkien,” Thaller said.

(Thaller was not a part of the discovery team but represents four science divisions at NASA’s Goddard Space Flight Center in Maryland — Earth science, planetary science, heliophysics and astrophysics — as the center’s assistant director for science communication.)

In Old English, Earendel is a personal name, but it also can mean “the morning star” or “the dawn.” In the Lord of the Rings, Eärendil is a half-elven character who travels the seas carrying a jewel, a “Silmaril,” called the morning star.

“It means the dawn star, and it’s an Old English word. It’s lovely. And this is a star, literally, from the dawn of time, the dawn of stars forming,” Thaller said about the star’s name. “This is the first star, the farthest star we’ve ever seen, and I think Earendel is a beautiful name for it.”

“We suspect it’s not the absolute first generation of stars,” she added. “We think that maybe this is one of the subsequent … maybe a couple has millions of years after star formation began [in the universe].”

But while this distant star, which lies a whopping 12.9 billion light-years from Earth, might not be from the absolute first generation of stars in existence, it is the most distant single star ever found, so the name seems quite fitting.

Thaller added that “the young man who discovered the star picked the name,” likely referring to Welch. But, while Welch’s personal interest in Tolkien came through with this name, Thaller added that she and many other members of the team are fans of Tolkien’s work as well.

In fact, in speaking with Space.com over a video call, Thaller even showed off tattoos she has on each arm — writing in the elvish language that Tolkien created for works like “The Silmarillion.”