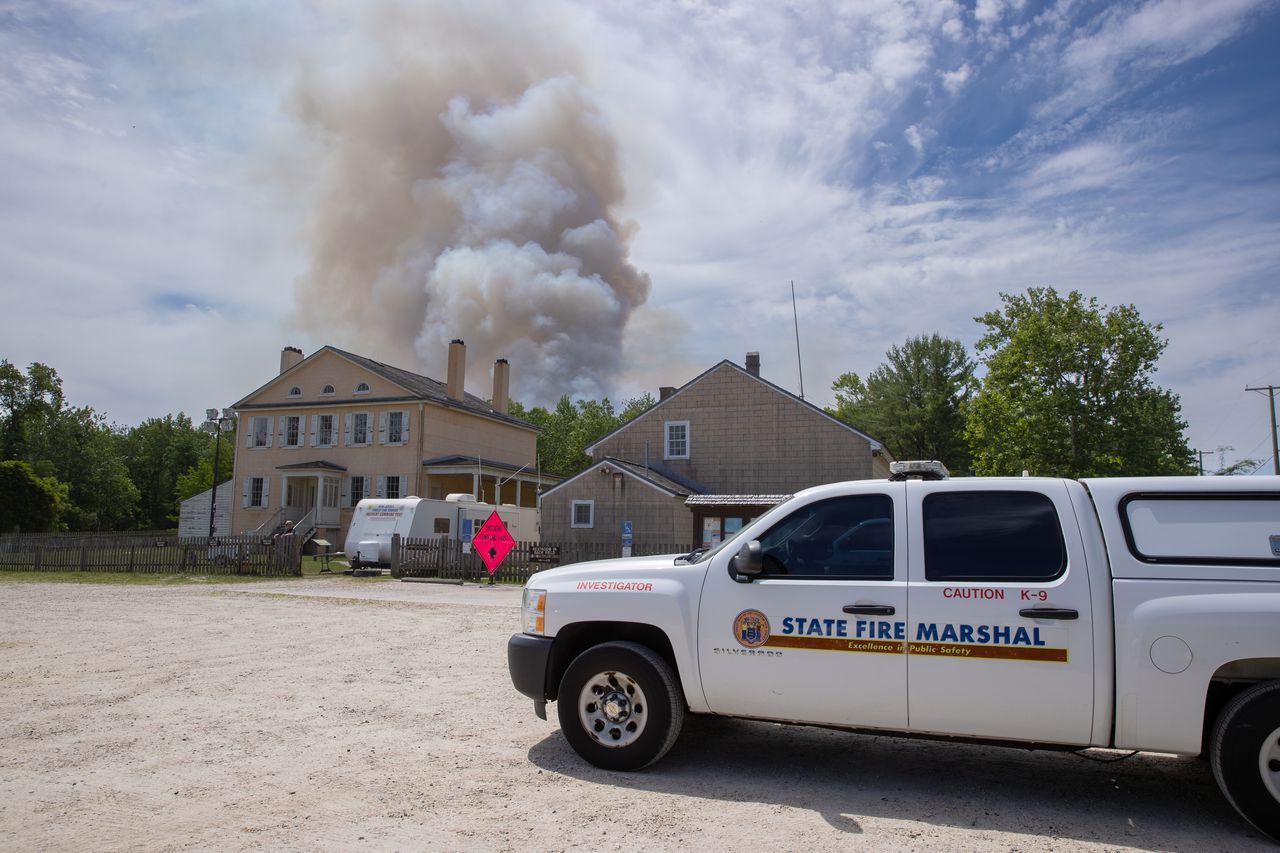 A sprawling forest fire that has engulfed the Wharton State Forest over the last two days has now spread to 12,000 acres, but progress said workers are “making substantial,” with the blaze now 70% contained.

The fire has been burning since Sunday in New Jersey’s biggest state forest, located in the Pine Barrens of South Jersey. It has burned parts of the forest in Washington, Shamong, Hammonton and Mullica townships, according to the New Jersey Forest Fire Service.

No one has been hurt, and Gov. Phil Murphy said there appears to be no danger to residents or private property.

But 50 residents have been evacuated, and state Department of Environmental Protection Commissioner Shawn LaTourette said it could end up the largest forest fire the state has seen in 15 years.

It could end up consuming as much as 15,000 acres before it is fully under control, Greg McLaughlin, the chief of the NJ Forest Fire Service, said Monday afternoon.

Officials said the cause of the fire remains under investigation, but they have ruled out natural causes.

“Smoke impacts will remain elevated into the evening hours as winds diminish, and partial cloud cover moves over the area,” the service added.

The last fire that burned at least 15,000 acres was a 2007 blaze that consumed 17,000 acres of woods in southern Burlington and Ocean counties, forcing thousands of residents to evacuate.

Some area police departments, including Galloway, have told residents that they might find ash around their towns.

“At this time, we know that there is a strong odor of wood burning present throughout town, similar to one you would have when standing adjacent to a campfire,” Galloway police said Monday.

The smell of smoke was present at least 40 miles away in Atlantic City and Brigantine Monday morning, with a haze cast over the Jersey Shore towns.

Wharton is also the largest single tract of land within the New Jersey State Park System, occupying 122,800 acres of pine forest, meadows, lakes and rivers within the Pinelands National Reserve in Burlington and Atlantic counties.

Murphy on Monday praised the “heroic work” by state firefighters, as well as county and local responders.

“This is increasingly, sadly, the world we’re in, with climate change,” Murphy said during his regular television show on News 12 New Jersey. “This went from 2,000 acres to 11,000 in a very short amount of time.”

Our journalism needs your support. Please subscribe today to NJ.com.