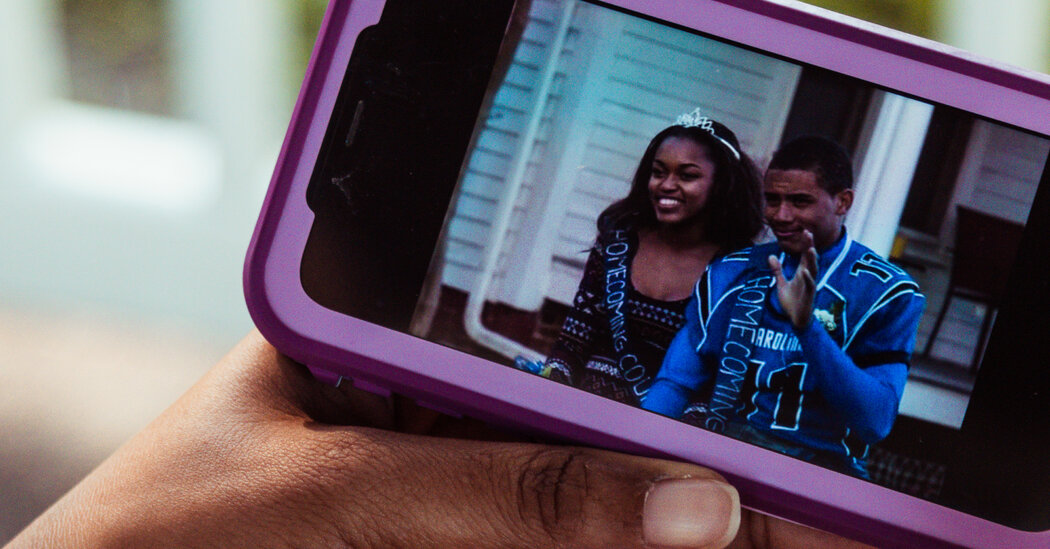 Three towns on Maryland’s Eastern Shore have agreed to pay $5 million to the family of a Black teenager who was killed in an encounter with police officers in 2018, lawyers for the family said on Monday.

The announcement of a partial settlement in the federal lawsuit brought by the family of Anton Black came nearly four years after Mr. Black, a 19-year-old former star high school athlete with a nascent modeling career, died after being restrained by three police officers, who held him face down for about six minutes, pinning his shoulder, legs and arms, according to the lawsuit . As part of the agreement, the towns also agreed to make changes in how their Police Departments train officers to prevent similar deaths.

Mr. Black’s death drew comparisons to the May 2020 killing of George Floyd, who was pinned to the ground under the knee of Derek Chauvin, a white former Minneapolis police officer, for more than nine minutes.

After local prosecutors did not pursue charges in the death, Mr. Black’s family filed a lawsuit in US District Court in Baltimore in December 2020, arguing that the police officers — all of whom were white — from Police Departments in the towns of Centreville, Greensboro and Ridgely had used excessive force on Sept. 15, 2018. The lawsuit also contended that the officers tried to cover up an unjustified killing by claiming that Mr. Black was under the influence of marijuana laced with another drug and had exhibited “superhuman” strength.

An autopsy report released four months later by the state’s medical examiner at the time, David Fowler, blamed congenital heart abnormalities for Mr. Black’s death and classified the death as an accident, saying there was no evidence that the police officers’ actions had played a role. The litigation by Mr. Black’s family against the medical examiner’s office and Mr. Fowler — also defendants in their lawsuit — is continuing.

Jennell Black, Mr. Black’s mother, said in a statement that “there are no words to describe the immense hurt that I will always feel when I think back on that tragic day, when I think of my son.”

“No family should have to go through what we went through,” she added. “I hope the reforms within the Police Departments will save lives and prevent any family from feeling the pain we feel every day.”

In addition to the three towns, the partial settlement of the lawsuit resolved the family’s claims against several people in the towns, including Thomas Webster IV, a former Greensboro police officer; Michael Petyo, the former chief of the Greensboro Police Department; Gary Manos, the former chief of the Ridgely Police Department; and Dennis Lannon, a former Centerville police officer.

The men could not be reached or did not immediately respond to calls seeking comment on Monday night.

In the summer of 2018, Mr. Black developed mental health issues and began behaving erratically, according to the lawsuit. He was eventually found to have bipolar disorder.

While he was being held down, Mr. Black told his mother his, “I love you,” and cried out, “Please,” according to the lawsuit, which cites body camera footage from the officers.

Moments later, after his mother noticed that Mr. Black was “turning dark,” emergency medical workers tried to resuscitate him, but he died after being taken to a hospital, the lawsuit says.

Judge Catherine Blake of US District Court in Maryland said in a ruling earlier this year that the video evidence from Mr. Black’s encounter with the police “is not so conclusive as to ‘clearly contradict’ and outweigh the plaintiffs’ allegations” of excessive force, which dealt a setback to the Police Departments’ case.

Richard Potter, a member of the Coalition for Justice for Anton Black, a group that has sought police accountability in Mr. Black’s death, noted in a statement that the police reforms brought on by the settlement would help “prevent this kind of tragedy from happening in our community again.”

The reforms required under the settlement include more resources for police officers who encounter mental health emergencies, de-escalation training, lessons on implicit bias and transparency with hiring.

Deborah Jeon, the legal director of the American Civil Liberties Union of Maryland, which represented the coalition, said in a statement that “today marks a step forward on the path toward accountability for the police killing of Anton Black.”

On top of those reforms, a Maryland law named after Mr. Black already requires disclosure of information about police misconduct investigations.

La Toya Holley, Mr. Black’s sister, said in a statement on Monday that the settlement hope that another tragedy could be prevented her.

“No one deserves to be killed like this,” Ms. Holley said. “Anton Black didn’t deserve this. He will never be forgotten.”