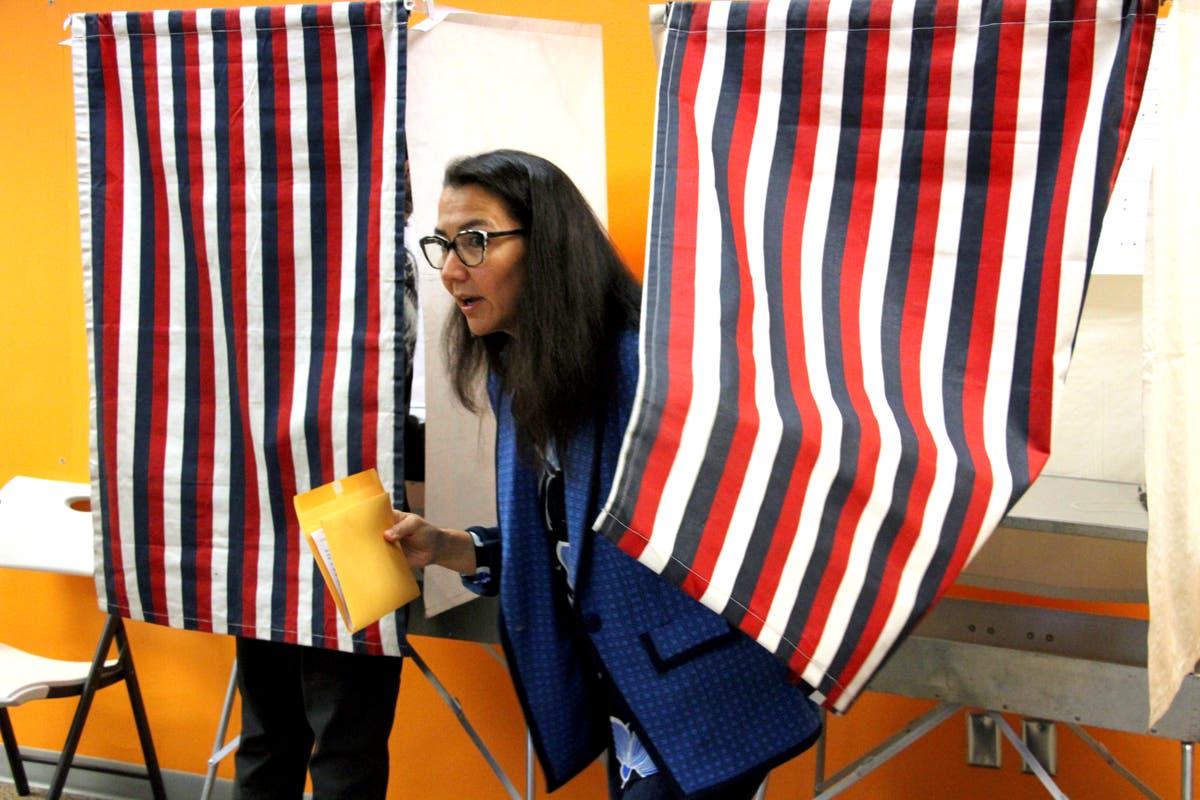 Ms Peltola, a former state representative whose mother was Yup’ik, will also be the first Native Alaskan to represent the state since it formally joined the union as a state in 1959.

She responded to the result by tweeting: “It is a GOOD DAY.”

“Her valuable and unifying perspective, deep experience in public service and commitment to working families will strengthen the work of our Caucus and the Congress,” Ms Pelosi said in a statement.

The race serves as a boon to the Democrats after they held a seat in a special election in New York’s 19th district last week. It also shows the salience of protecting abortion rights after the Supreme Court’s Dobbs v Jackson decision overturned Roe v Wade earlier this year. Ms Peltola ran heavily on protecting abortion rights along with heavily focusing on worker’s rights and fishing in the state.

After the first round of votes are counted, the candidate who earned the fewest number of votes is eliminated and voters’ second choice earns their votes. This continues until one candidate receives more than half the vote.

The Democrat’s victory comes despite the fact that Republicans’ aggressive “Rank the Red” campaign to ensure that Republican voters ranked Mr Begich and Ms Palin as their top-two choices.

Ms Peltola will serve the duration of Mr Young’s term until January and then will also have to run for a full term against Ms Palin and Nick Begich, along with Libertarian candidate Chris Bye after fellow Republican Tara Sweeney ended her campaign.

She had served as mayor of Wasilla before being elected governor in 2006.

Her vice presidential run made her a hero of right-wing media, even as she accused Barack Obama of “palling around” with terrorists and made a series of gaffes that were highly scrutinized.

Nevertheless, Ms Palin earned the affection of many movement conservatives and she resigned the governorship less than a year after she became a right-wing celebrity.

She frequently appeared on Fox News and campaigned for conservative primary challengers – including against her fellow Alaskan Senator Lisa Murkowski, when she endorsed Tea Party challenger Joe Miller in the 2010 Republican primary.

Her persona also served as a precursor for President Donald Trump’s hostile takeover of the Republican Party and Ms Palin was the only former Republican presidential or vice presidential former nominee to endorse Mr Trump in the 2016 GOP primary. Mr Trump would later return her favor when he endorsed Ms Palin’s congressional run fairly early and campaigned with her this year.