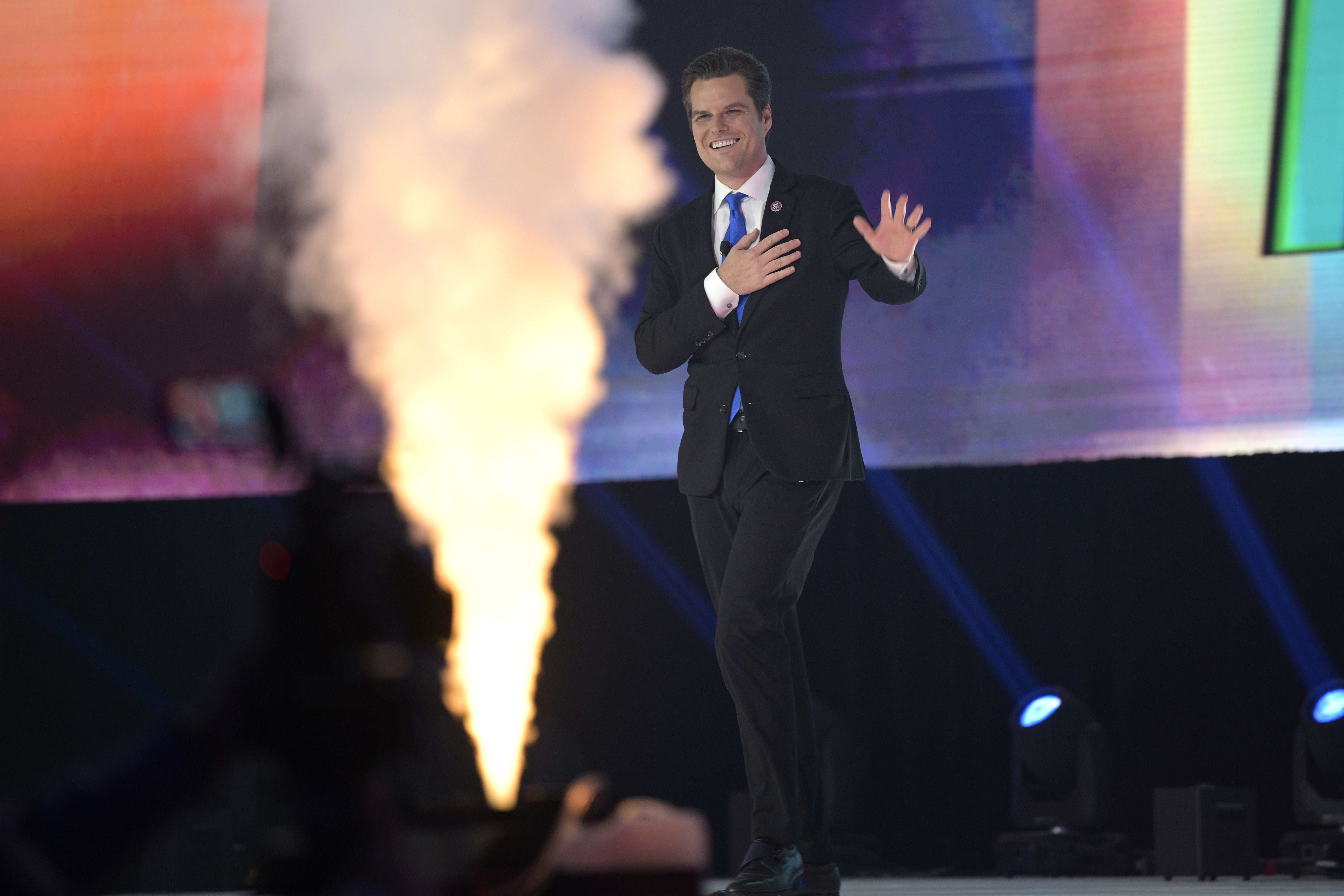 In the “profanity-laced voicemail,” Huelsman also said he hoped Gaetz would “die in a shallow grave,” according to a news release from the US Attorney’s Office for the Northern District of Florida.

Huelsman has worked as a critically acclaimed camera operator in Hollywood and on high-profile television productions, garnering five Emmy nominations for his work on NBC’s “Late Night with Conan O’Brien,” according to online databases. Huelsman was previously investigated for threats against a family member of a former president, prosecutors said.

Huelsman has “lost all of his employment” as a result of his arrest last year, defense attorney Curtis Fallgatter said.

Prosecutors did not recommend a specific sentence for Huelsman, while the defense urged a “probation-type” sentence, Fallgatter said in an interview Thursday night. The judge calculated the sentencing-guidelines range for Huelsman at 10 to 16 months, Fallgatter said, although judges are not required to sentence in that range.

Fallgatter said his client’s angry message toward Gaetz was prompted by an outpouring of emotion triggered by the storming of the Capitol by Trump supporters on Jan. 6, 2021.

“The timing of it is exactly why he did it,” Fallgatter told POLITICO. “You saw the news. You saw the people attacking the Capitol, and it’s just outrageous, and a lot of people got incensed and that’s what happened to Huelsman. … He saw all the supporting comments from Gaetz saying those are good people. …That’s what motivated the case.”

Huelsman is “very apologetic and remorseful” about the threats, the defense attorney said.

Court records show Fallgatter introduced a series of exhibits at the sentencing, such as news articles reporting on Gaetz’s legal woes, including the ongoing investigation into allegations that he was part of a group of politically connected men who paid underage girls for sex.

Gaetz has vehemently denied having sex with anyone who was underage, and he has not been charged with a crime. He has sometimes acknowledged paying travel expenses for female companions, but has denounced the federal sex-trafficking investigation as a political vendetta. Around the time of Huelsman’s arrest last year, Gaetz also publicly complained that Justice Department prosecutors were dragging their feet in the threat investigation because he is an outspoken Republican.

The articles Huelsman’s defense introduced at the sentencing describe Gaetz’s reported request to Trump for a pardon, Gaetz’s refusal to be interviewed by the House Jan. 6 select committee and comments Gaetz made at a conservative conference on Saturday suggesting that many abortion-rights advocates are unattractive.

“We said it was a factor in terms of why Gaetz is such a magnet for people to get so upset with him,” Fallgatter said.

However, Fallgatter said the judge didn’t really buy it.

“The judge frankly wasn’t impressed with that,” the defense lawyer said. “All of them were entirely irrelevant to the judge.”

The sentencing on Thursday was one in a series of cases Attorney General Merrick Garland has vowed to aggressively pursue the harsh political rhetoric seems to be encouraging some people to cross the line from rancorous debate to outright threats.

“The free exercise of speech is central to our democracy,” US Attorney Jason Coody said following the sentencing. “However, the communication of threats of physical violence, in this case by an individual who had previously made and been investigated for similar threats of physical violence, is clearly unlawful. … Today’s sentence acknowledges the defendant’s repeated threats of violence and should serve as a significant deterrent to those who would threaten violence against others rather than engage in lawful debate.”