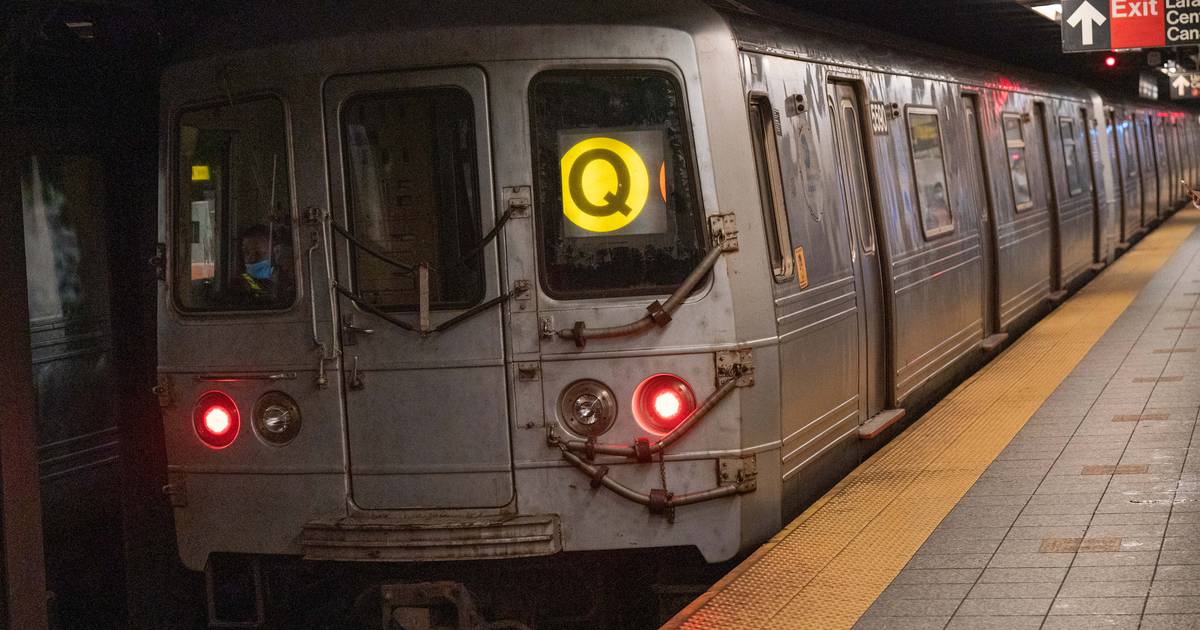 A straphanger died Thursday after his pants got stuck in the door of a Brooklyn train, causing him to be dragged across the platform, police said.

The 38-year-old victim was exiting a Q train at the Avenue M station in Midwood about 11:50 pm Wednesday when his pants — and possibly his foot — got stuck in the train door, cops said.

The departing train dragged him across the platform before he was thrown from the door onto the tracks — just as another train came into the station.

The other train’s operator managed to stop the train before hitting the mortally wounded straphanger.

Medics hit him to Maimonides Medical Center, where he died, the NYPD confirmed.

MTA officials said the death caused disruptions in Q train service between the Kings Highway and Prospect Park stations until 3:23 am — but did not immediately answer any questions about the incident.

Subway conductors — who sit in the middle of trains and operate the doors — use indicator lights to ensure doors are fully closed before they depart a station. Conductors are also required to stick their heads out of cab windows and look out for anyone who could be struck or dragged by a train as it rolls out of a station.

A similar tragedy occurred in Feb. 2019, when a man died after he was dragged 20 feet into a tunnel by a No. 7 train as it departed Grand Central Terminal.