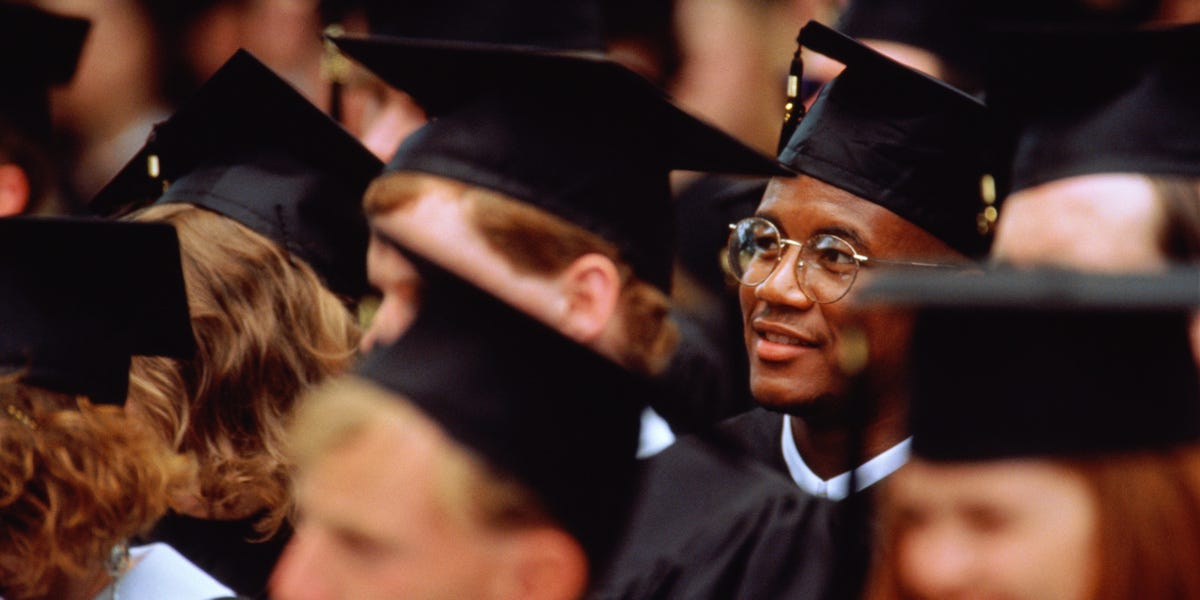 On Thursday, the Student Borrower Protection Center — a student-loan borrower advocacy group — in partnership with left-leaning polling group Data for Progress released a new tracking poll, along with an analysis of data from the past 4 months, examining where support currently stands for student-loan relief. The materials, provided exclusively to Insider, found that the majority of Republican likely voters under age 50 support Biden eliminating some or all student debt, with 60% of Republicans aged 30-39 supporting the policy, along with 52% of Republicans aged 40- 49.

Additionally, the poll — conducted from June 10 to 13 through a survey of 1,268 likely voters — highlighted the sentiment of all likely likely when it comes to student-loan forgiveness: 60% of them support canceling some or all student debt for every borrower, including 62% without a college degree, 55% who never took on student debt to begin with, and 54% who already paid off their student loans.

“Strong support for canceling student debt cuts across our increasingly polarized electorate, clearing a path for President Biden to bridge the partisan divide and strengthen his standing with voters beyond his political base,” Student Borrower Protection Center Executive Director Mike Pierce said in a statement.

Biden is reportedly considering $10,000 in debt cancellation for borrowers making under $150,000 a year, and the final decision is likely to be announced in July or August, closer to when the student-loan payment pause is set to expire after August 31. In April, the president said a decision on relief would be made “in the next couple of weeks,” and with that timeline pushed back, many borrowers are Democratic lawmakers are hoping the relief will be expansive.

Massachusetts Sen. Elizabeth Warren, for example, has advocated for $50,000 in student-loan forgiveness for all federal borrowers, and she recently told the Philadelphia Inquirer that the amount is not “a random number.”

In line with the respondents in the poll who supported relief for all borrowers, some Democrats have also expressed concerns about subjecting the relief to income thresholds. Insider previously reported that experts say the income caps would be a significant administrative burden. Minnesota Rep. Ilhan Omar wrote a letter to Education Secretary Miguel Cardona on Wednesday requesting information on those caps “should the administration not follow the strong advice of experts and academics against including an income cap.”

Amid Democratic pressure, Republican lawmakers have continued to slam the idea of ​​student-loan forgiveness. Top Republican on the House education committee Virginia Foxx recently wrote to Cardona that she is “gravely concerned the Department will further harm borrowers and taxpayers if it acts on student loan forgiveness, in part because of its inability to follow through on its grandiose proposals.”

The White House has yet to comment or confirm any student-loan relief plans, but Cardona told reporters a few weeks ago he is “ready to roll” with whatever Biden implements.