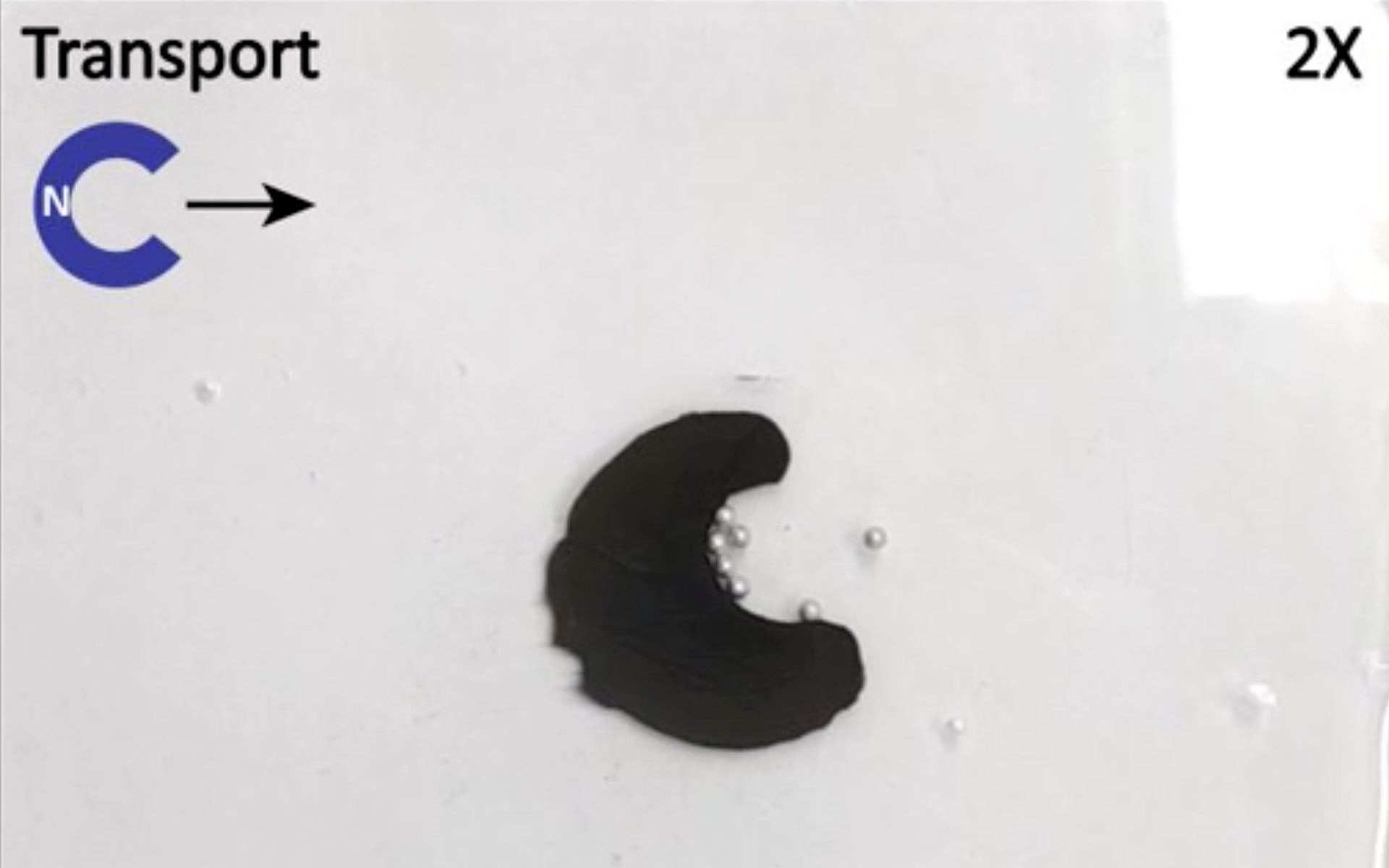 Soft robots may soon be more flexible than ever… and a tad creepy. At The Guardian reports, researchers have developed a magnetic slime “robot” that can shift into different shapes to grab objects. It can encircle a group of pellets, for instance, and even stretch out in multiple directions to grab items on opposite sides. It’s self-healing, too. The result might induce some nightmares for the squeamish and is more than a little reminiscent of spider man‘s symbiotic Venom, but it’s surprisingly effective.

The slime is made from the blend of polyvinyl alcohol (a polymer), borax and neodymium magnet particles. The result is a non-Newtonian fluid that behaves like a liquid or solid depending on force, and can be controlled using external magnets. There are no robotics inside the slime at present, but you can steer it like a robot—and the “ultimate goal” is to use it like one, according to researcher and co-creator Li Zhang.

There are numerous problems left to solve. On top of robotic fittings into such a soft design, the scientists also want to prevent the toxic neodymium particles from seeing out. The layer of silica in this current slime helps, but safety inside a living being might depend on limiting contact. If the technology becomes sufficiently safe and effective, though, it could help doctors recovered objects and otherwise squeeze robots into places where they were previously impractical.