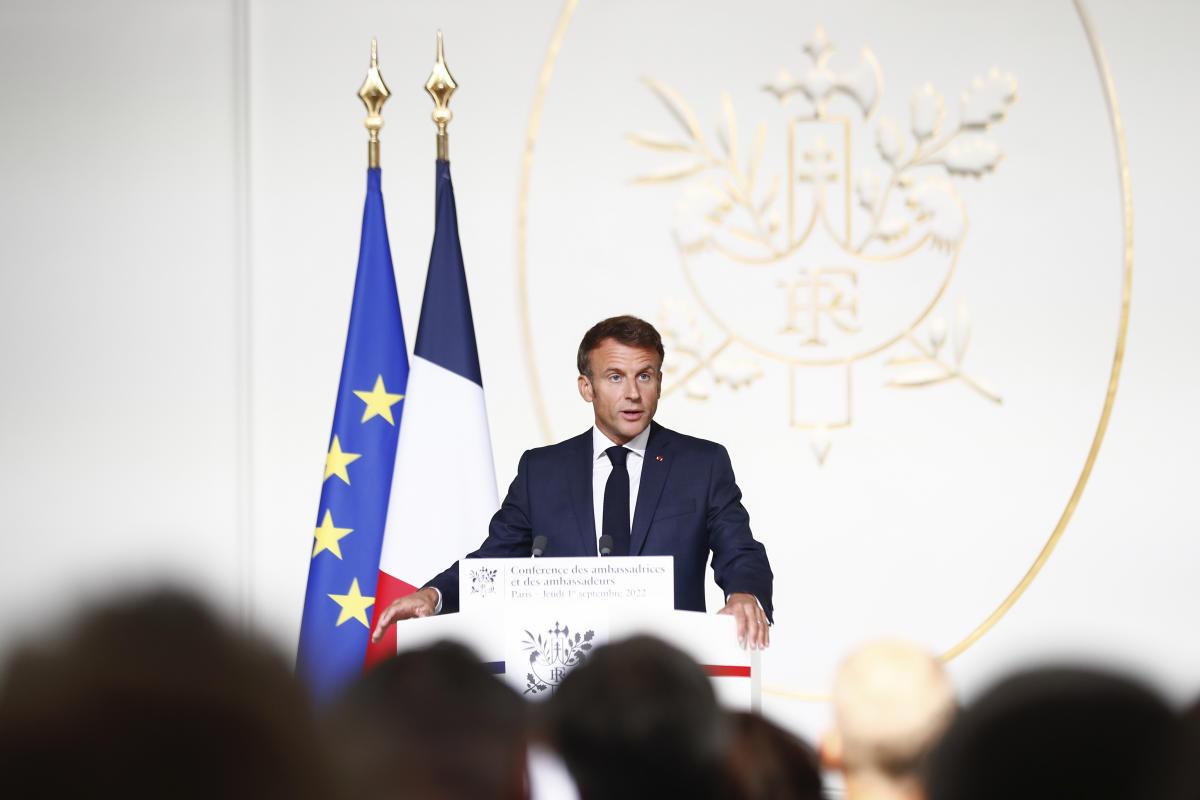 PARIS (AP) — French President Emmanuel Macron on Thursday pledged to keep up France’s humanitarian, economic and military support to Ukraine and to bolster European unity as a way to pile pressure on Russia and prevent it from winning it war in that country.

“We cannot let Russia militarily win the war,” Macron said in a speech to French ambassadors at the Elysee presidential palace.

He set the goal of enabling Ukraine to either win militarily or be put in a strong position to achieve “a negotiated peace.”

“We must get prepared for a long war,” Macron said, adding that this would involve tensions escalating over Ukraine’s nuclear plants.

Macron said France strongly supported the mission of the International Atomic Energy Agency that arrived Thursday to the Zaporizhzhia plant to assess its safety. The French president suggested he would call his Russian counterpart Vladimir Putin after the IAEA mission conclusions.

Macron vowed to “keep talking” to Russia despite criticism from some countries, especially in eastern Europe, which defends a hardline stance against Moscow. “We must do everything to make a negotiated peace possible” when Russia and Ukraine will be ready to sit for talks, he said.

“We must not let Europe get divided” over the war in Ukraine and its consequences, Macron said, adding that the EU mustn’t align itself with “warmongers” or allow countries from eastern Europe to act alone in support of Kyiv.

In a nearly two-hour speech meant to outline the goals of the French diplomacy in the upcoming year, Macron praised the views expressed by German Chancellor Olaf Scholz earlier this week in Prague as “fully in line” with his own plea for a stronger, more independent and sovereign Europe.

Macron called on Europe to “defend” its freedoms and values ​​and to “fight” for them.

He also urged French diplomats to push back more aggressively against misinformation, fake news and propaganda spread on social media.

Paris needs to use some communication tools to “break the Russian, Chinese or Turkish storytelling” and be able to “say when France is wrongly attacked, to say what France really did,” he said.