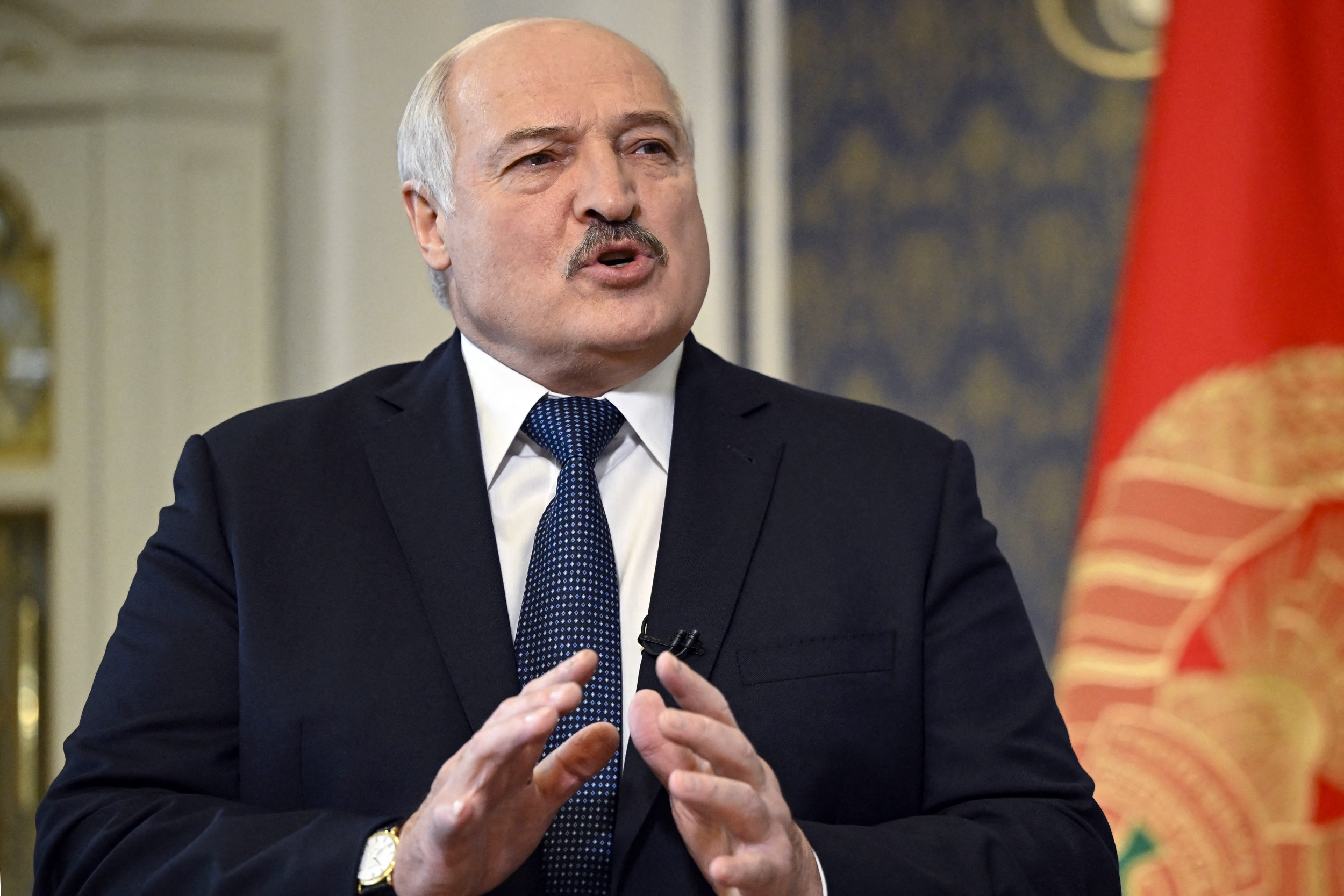 Belarusian President Alexander Lukashenko doesn’t have the final say about whether Russian troops can use his territory amid the Russia-Ukraine war, said Estonian official Marti Magnus on Friday.

Russia launched its invasion of Ukraine in late February, with the Kremlin saying that the invasion is about “liberating” the separatist Donbas region and getting Nazis out of the Ukrainian government, even though Ukrainian President Volodymyr Zelensky is Jewish. The invasion was met with widespread condemnation from many world leaders, who have raised concerns about a lack of substantial justification to invade and reports about war crimes.

However, Russian President Vladimir Putin has found a key ally in Lukashenko, who has long had close ties to the Kremlin. Belarus shares a border with Ukraine and Russia, and has sided with Moscow during the conflict. Throughout the invasion, Lukashenko has allowed Putin’s military to use his country’s territory to wage its war—and as recently as last month, Russian troops fired missiles into Ukraine from Belarus.

Magnus, who serves as the director of Estonia’s defense readiness department, said during a press conference that the recent attacks indicate that Lukashenko does not have the final say about allowing Russia to use his territory for the invasion.

“Events during the month of July demonstrated that the invading forces are also making use of [Kremlin ally] Belarus, and delivering both indirect and precision strikes on Ukraine, from that country,” said Magnus. “This shows us that [Belarusian leader Alexander] Lukashenko does not have final say, and that Russia’s armed forces can pass through Belarus quite freely.”

His remarks come less than a week after the United Kingdom’s Ministry of Defense said that Lukashenko is more dependent on Russia amid the invasion, and that he “continues to follow Moscow’s line.”

“His regime has become even more authoritarian, with the expansion of the death penalty for ‘preparing terrorist acts,'” the ministry wrote in an intelligence update last Sunday. “His increasing and baseless accusations of Western designs on Belarus and Ukraine are likely to indicate that he has become almost wholly dependent on Russia.”

As Putin finds himself becoming something of a pariah among European leaders, Lukashenko still remains close to him. Russia’s latest missile attack from Belarus is only the latest instance of Belarus aiding the Kremlin.

In the early days of the invasion when Russian troops aimed for a more large-scale invasion, Lukashenko allowed Russian soldiers to pass into Ukraine from Belarus, giving them closer access to the key capital city of Kyiv—though Russian forces ultimately failed to accomplish many , if any, goals beyond the easternmost parts of Ukraine.

In June, his soldiers continued to fight in Ukraine, Putin pledged that he would provide Belarus with nuclear-capable missiles.

Lukashenko, meanwhile, has largely stood behind Putin’s defense of the war. In May, he warned that the West must stop providing Ukraine with weapons to prevent World War III from occurring, and said last month that the West plans to attack Russia. He has, however, called for both sides to reach an agreement to end the war.

newsweek reached out the Belarusian Ministry of Foreign Affairs for comment.