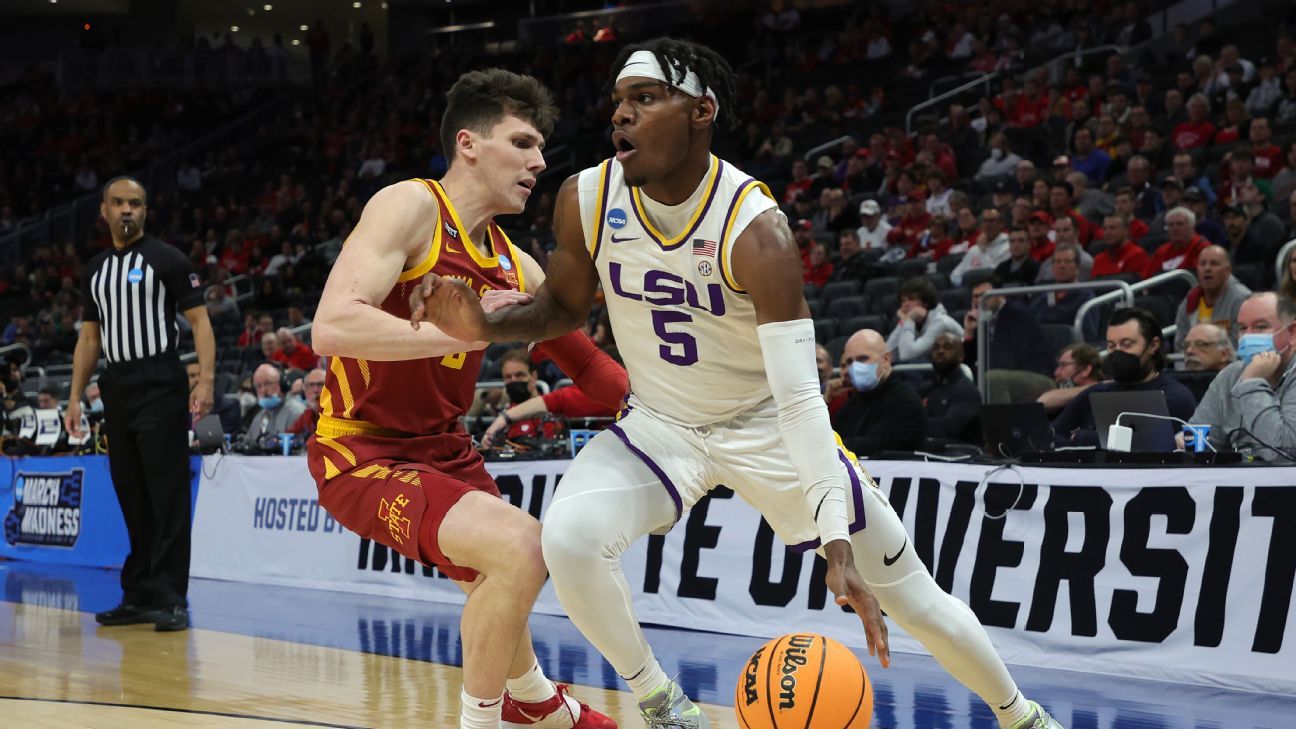 In a fairly unprecedented situation, that now leaves new coach Matt McMahon with zero scholarship players from this past season still on the roster.

LSU fired Will Wade on March 12 after the school received an NCAA notice of allegations detailing seven Level I violations allegations in the men’s basketball program. In the three weeks since Wade’s departure, 11 players have entered the transfer portal, two players left for the NBA draft and all four commitments in the 2022 and 2023 classes reopened their recruitments.

When McMahon was introduced to LSU’s head coach last week, he was asked about keeping the current roster in place.

McMahon is now forced to build his first roster in Baton Rouge entirely from scratch, but he has already landed three transfers and one high school recruit. Northwestern State transfer Kendal Coleman, to Shreveport, Louisiana, native, was the first to join the fold earlier this week. Coleman averaged 15.4 points and 10.1 rebounds this past season.

“We are excited to welcome Kendal to the LSU family and keep him home in Louisiana,” McMahon said. “Kendal had a very productive freshman year, averaging a double-double. He has high character and we love his motor and energy on the court. We are looking forward to his arrival on campus this summer.”

Two players from McMahon’s Murray State roster have followed him to LSU: point guard Justice Hill, who averaged 13.4 points and 5.1 assists, and guard Trae Hannibal, who put up 9.2 points this past season. McMahon landed his first high schooler on Thursday, with 2022 center Cornelius Williams picking the Tigers. Hill and Hannibal might not be the only Murray State players to join McMahon’s LSU roster; the Racers have seen nine players enter the transfer portal, including Ohio Valley Conference Player of the Year KJ Williams.

Any potential NCAA punishments or sanctions to Wade or LSU stemming from the Notice of Allegations are yet to be determined.