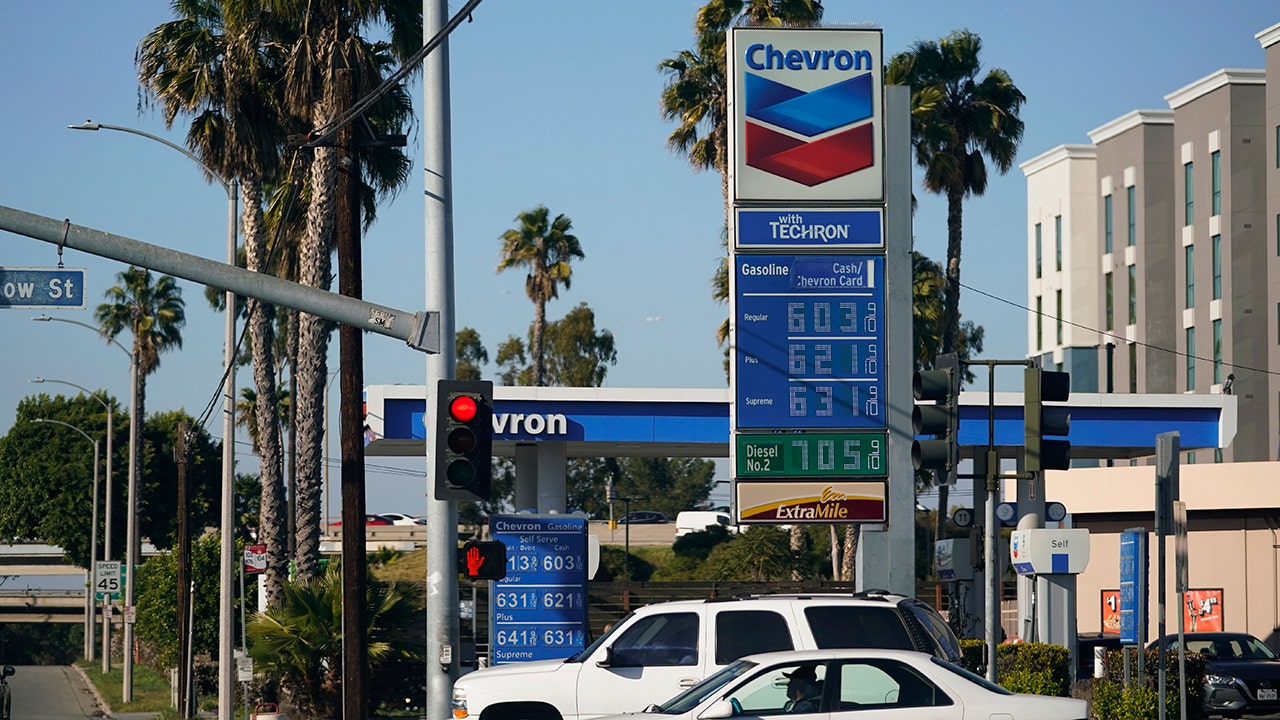 Gas prices in Los Angeles have hit a new record, making it the first major city in the country to reach an average of $6 for a regular gallon of gasoline, according to Patrick De Haan, head of petroleum analysis for GasBuddy.

This comes after the city reached an average of $5 per gallon just a few weeks ago, according to De Haan.

Prices in California are still the highest in the country and have far surpassed the national average which has fallen slightly from its highs earlier this month.

Currently, the national gallon of regular gasoline has dropped to 9 cents from a week ago and stands at $4.24, according to AAA. By comparison, the average in California is sitting at $5,866 per gallon.

Lawmakers in California have been under pressure to offset this surge. Recently, California Democrats unveiled a new proposal that would send a $400 rebate to every taxpayer in the state.

The money would go to all California taxpayers – not just drivers.

GAS PRICES COULD CONTINUE TO FALL, BUT CALIFORNIA WON’T SEE MUCH RELIEF: EXPERT

“This proposed $400 rebate would cover the current 51 cents-per-gallon gas tax for one full year, 52 trips to pump for most vehicles,” the lawmakers in a letter addressed to Gov. Gavin Newsom. “Notably, we believe a rebate is a better approach than suspending the gas tax – which would severely impact funding for important transportation projects and offers no guarantee that oil companies would pass on the savings to consumers.”