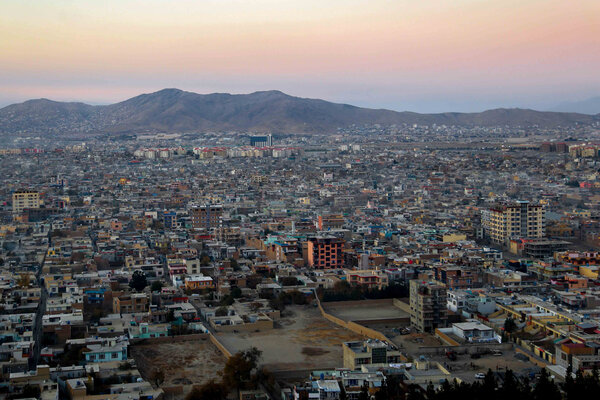 WASHINGTON — The United States killed the top leader of Al Qaeda, a key plotter of the Sept. 11 attacks, in a drone strike in Afghanistan over the weekend, according to current and former US officials.

Ayman al-Zawahri, who took over the leadership of the group after the death of Osama bin Laden, was killed in the strike in Kabul, the first attack in Afghanistan since American forces left last year and a significant victory for the Biden administration’s counterterrorism efforts .

Mr. Zawahri was the No. 2 in Al Qaeda on Sept. 11, and American officials considered him a central plotter of the attacks. While he lacked the charismatic leadership of Bin Laden, he profoundly shaped Al Qaeda and its terrorist movements with his writing and arguments.

US officials said the strike was not conducted by the military. The former official said the operation was carried out by the CIA Agency officials declined to comment.

“The strike that killed Al Qaeda leader Ayman al-Zawahri is a major success of US counterterrorism efforts. The result of countless hours of intelligence collection over many years,” said Mick Mulroy, a former CIA officer and senior Pentagon official. “He likely believed we would never be able to track him down. But he was wrong.”

Mr. Zawahri had avoided Afghanistan for years. His return dele to Kabul with the Taliban takeover raises questions about the group’s commitment to keeping Al Qaeda out of the country.

With the fall of the Afghan government to the Taliban, the CIA began a secret effort to redouble efforts to find Mr. Zawahri, guessing that the Taliban’s return to power would cause him to let down his guard, according to a person briefed on the effort.

THE statement from the Taliban condemned the operation and said the strike was conducted on a residential house in Kabul’s Sherpur area, a wealthy downtown neighborhood that officials from the Taliban government have frequented. An investigation by Taliban authorities that the attack was carried out by American drones, the statement said, although it provided no evidence to support the claims.

Taliban officials believe the Doha agreement — which outlined the terms for the American troop withdrawal from Afghanistan — prohibits American strikes, something US officials dispute. Residents in Kabul blamed Pakistan for possibly helping with the airstrike.

According to one American analyst, the house that was struck was owned by a top aide to Sirajuddin Haqqani, a senior official in the Taliban government whom American officials say is close to senior Qaeda figures.

The analyst said pictures of the strike posted on social media suggested a strike by an RX9, a hellfire missile armed with long blades aimed at killing targets with kinetic energy to minimize major collateral damage.

In the months since the United States withdrew from Afghanistan, American military and diplomatic officials have been discussing with allies where to reposition American forces for strikes on high-value targets in Afghanistan. This so-called over-the-horizon strategy is still in its childhood, and talks about positioning forces in neighboring Tajikistan, Kazakhstan and Uzbekistan have proceeded slowly.

As the United States was evacuating people from Afghanistan, a drone strike based on bad information in Kabul killed 10 civilians. The United States did not initially acknowledge the error, doing so only after reporting by The New York Times. Since then, the Pentagon and the Biden administration have been taking more precautions to prevent civilian casualties in the strikes.

Even without nearby bases, the United States has plenty of capability to send unmanned drones as well as manned attack aircraft within striking distance of Afghanistan, from land bases along the Persian Gulf, the Indian Ocean and even the United States.

The US government is currently reviewing its policy on drone strikes against terrorist targets. While the military generally conducts strikes in established war zones, the CIA carries out the operations in areas where the United States wants a measure of secrecy over its actions.

Because the Taliban governments oppose any drone strikes in its territory, the United States may have preferred to use the CIA to conduct the operation.

While the CIA has its own drones, it will also use military drones, with authority of the strikes handing over to the agency as the aircraft enters into airspace where Defense Department aircraft are not authorized to operate.