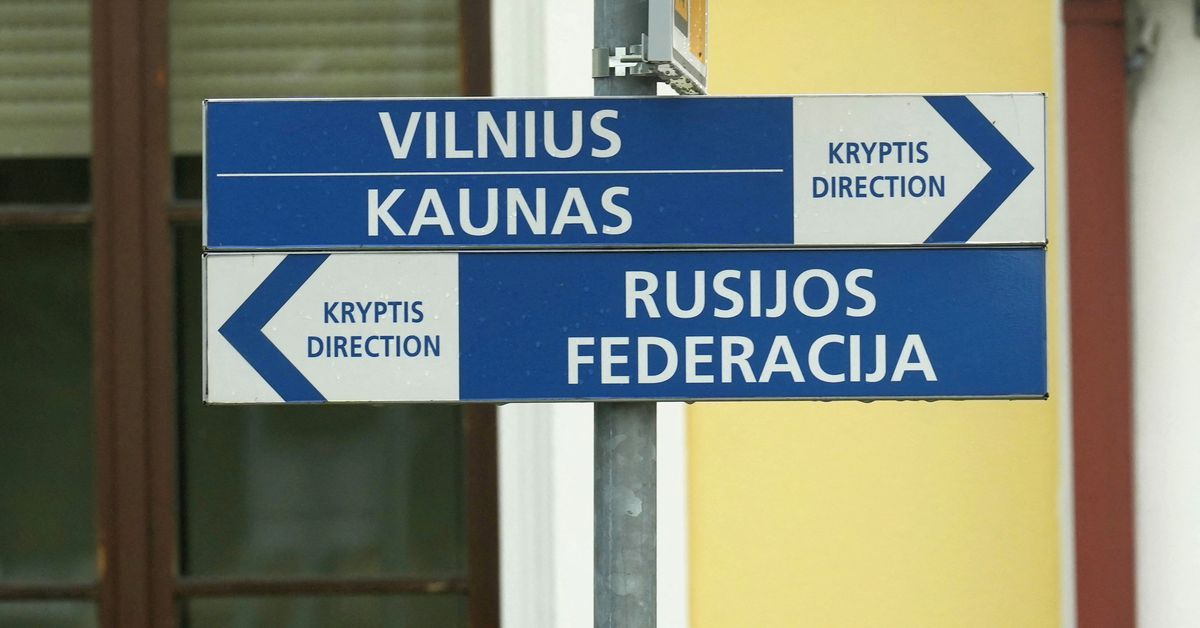 Lithuania has shut the route for transport of steel and other ferrous metals, which it says is required to do under EU sanctions that took effect on Saturday, raising the ire of Russian officials who threatened a “serious negative impact.” read more

Insurance worker Vitalijus Sidiskis, 59, said while he believed it was difficult to predict what Russia might do, he would remain calm because of Lithuania’s membership in the European Union and NATO.

“Nothing bad will happen…because Lithuania is in NATO and in the European Union,” he told Reuters. “I don’t believe that they will be aggressively attacking us.”

Kaliningrad, formerly the port of Koenigsberg, capital of East Prussia, was captured from Nazi Germany by the Red Army in April 1945 and ceded to the Soviet Union after World War Two. It is wedged between NATO members Poland and Lithuania.

After Russia invaded Ukraine, the United States and its allies imposed some of the most stringent sanctions in modern history, a the Kremlin cast as a step to a declaration of economic war.

Other residents in the border town of nearly 6,000 said the threats from Russia had overshadowed other problems, such as sky-high inflation that has hit the pocketbooks of many Lithuanians.

“We work nearby to the border and the shooting and the maneuvers are a bit worrying,” Galina Mateikuniene, a 52-year-old seamstress said. “We are probably more afraid of war, of an invasion. The economy is the economy.”

Nearly a million Russians live in the Baltic port city connected to the rest of Russia by a rail link through EU- and NATO-member Lithuania. Many Russians used to cross the border to buy goods at places like Laima Kudirkiene’s small flower shop.

The 47-year-old Lithuanian vowed to remain in Kybartai despite an uncertain future and said it was a pity to lose the connection with Russian customers who used to visit her shop.

“They were celebrating birthdays and getting married,” she said. “It was a normal everyday thing. I don’t know how they live now because the connection has been severed.”

Moscow calls its actions in Ukraine a “special operation” to disarm Ukraine and protect it from fascists. Kyiv and its Western backers say this is a false pretext to wage an unprovoked war of aggression.