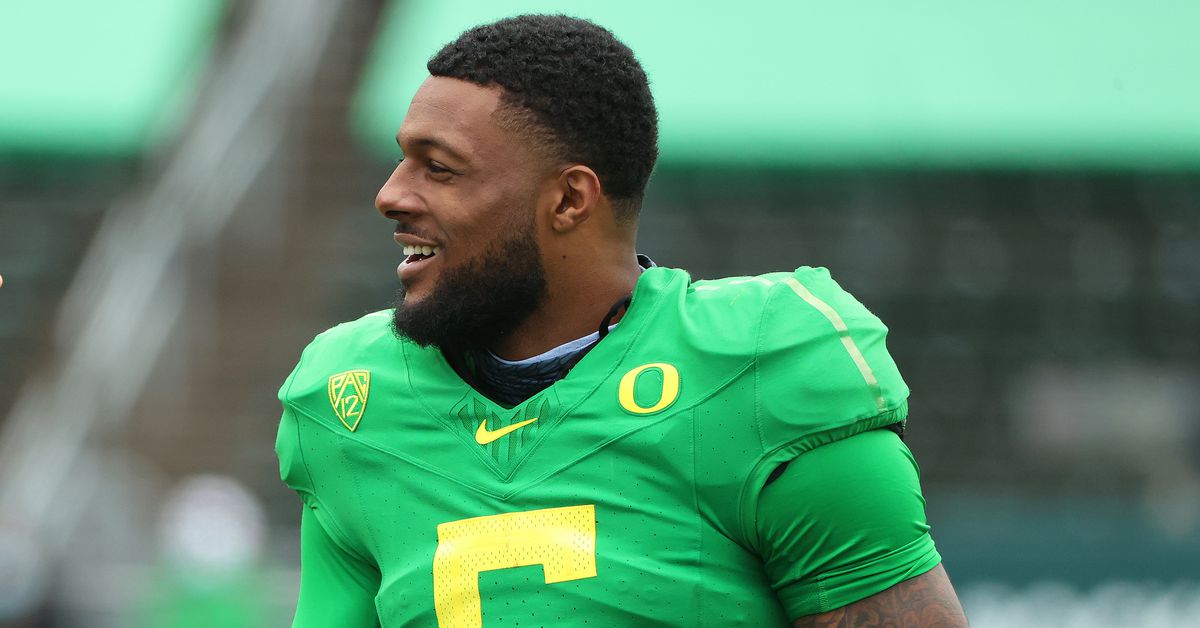 Per sources, Detroit Lions general manager Brad Holmes was in Oregon on Friday attending the Oregon Ducks pro day—one of the last few remaining on the pro day circuit. But it wasn’t just him. According to Jim Nagy, executive director of the Senior Bowl, the Lions sent a total of seven employees to the pro daymore than any other team.

The main attraction at Oregon’s pro day is edge rusher Kayvon Thibodeaux. He is expected to be a top-10 pick and should very much be in play for the Lions’ No. 2 overall selection.

For much of the college football season, Thibodeaux was widely considered the best prospect in this year’s class from draft analysts. While his play in 2021 may not have been as flashy as Michigan’s Aidan Hutchinson, he still had a very productive season with 49 tackles, 12.0 tackles for loss, and 7.0 sacks in 10 games on his way to a consensus All-American bid.

Thibodeaux may be the purest pass rusher in this year’s class and is the most prototypical bend-around-the-corner defender. His athletic traits may not be quite as freaky as Georgia’s Travon Walker, but he is still considered elite when it comes to his speed and strength:

As a pass rusher, Thibodeaux was deadly in his three-year career at Oregon, producing 19.0 sacks in 30 games. In 2021, he earned a 91.5 pass rush grade, which was best in the Pac-12 and fourth-best among all Power Five schools at his position.

This week at the NFL owners meeting, Holmes noted that with a top-two pick, the Lions need a player capable of changing the entire complexity of a game.

“I’ve always said we want a game-changer at that pick,” Holmes said.

I think it’s fair to say that Thibodeaux qualifies:

As of late, though, Thibodeaux’s work ethic—fairly or unfairly—has been challenged. Some point to plays he appears to have taken off. Others—less fairly—have challenged his love for the game of football due to outside interests. The young initially edge defender didn’t do himself any favors when he opted out of NFL Combine drills after saying he would do them.

Thibodeaux will have the opportunity to respond to some of those concerns by going through the on-field drills at Oregon, and potentially speaking with some teams to suss out any questions about his drive and passion for football. Holmes will undoubtedly do his research while there.

When it comes to Thibodeaux’s play on the field, there aren’t many holes. Not only was he a very productive pass rusher in college, but his physical nature lends well to stopping the run, too. If we’re getting nitpicky, Thibodeaux’s pass rushing arsenal likely needs to expand at the professional level, despite the college production. But the positive spin on that is if Thibodeaux’s game does get some refinement by NFL coaches, he could be one of the most elite pass rushers in this league.