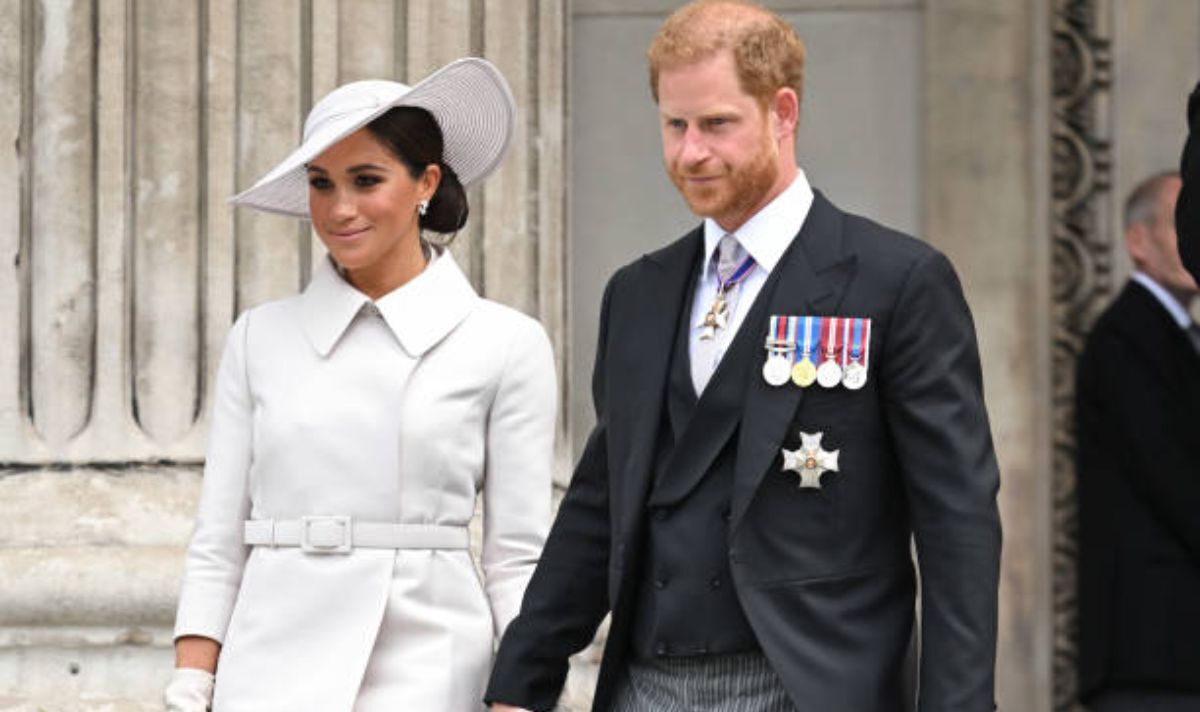 A source shared that there had been much discussion about presents for the one-year-old, with a “£75 pink Volkswagen Beetle ride-on toy” being a popular choice.

The informal garden party with cake, balloons and party games was reportedly attended by many of the royal second cousins, with Zara and Mike Tindall’s three children Mia, eight, Lena, three and Lucas, one and Peter Phillips and Autumn Kelly’s daughters Savannah, 11 and Isla, 10 on the guest list.

The source told The Sun that it was a “relaxed” atmosphere and a “nice opportunity” for Lilibet to be introduced to the family on her first trip to the UK.

They said: “It was a lovely do and had everything you’d expect from a child’s birthday party.

“The idea was for it to be very relaxed and casual, with people free to pop in and out as they wished.”

Meghan and Harry were not present for many of the Platinum Jubilee celebrations last weekend, and flew back to California on Sunday before the festivities ended.

They attended a thanksgiving service at St Paul’s Cathedral on Friday, however, they reportedly watched Saturday night’s Platinum Party on the TV at home with the Queen in Windsor.

They were also spotted through a window at Thursday’s Trooping of the Color but did not appear on the Buckingham Palace balcony alongside the working royals, reported the Daily Mail.

It is understood that the Sussexes took the children to meet the Queen at Windsor Castle soon after they arrived in the UK on Wednesday, although this has not been officially confirmed.

There has been speculation that the 96-year-old monarch made time to see the Sussexes again as she canceled her appearances at the Epsom Derby and Party at the Palace, reportedly due to her ongoing mobility issues.