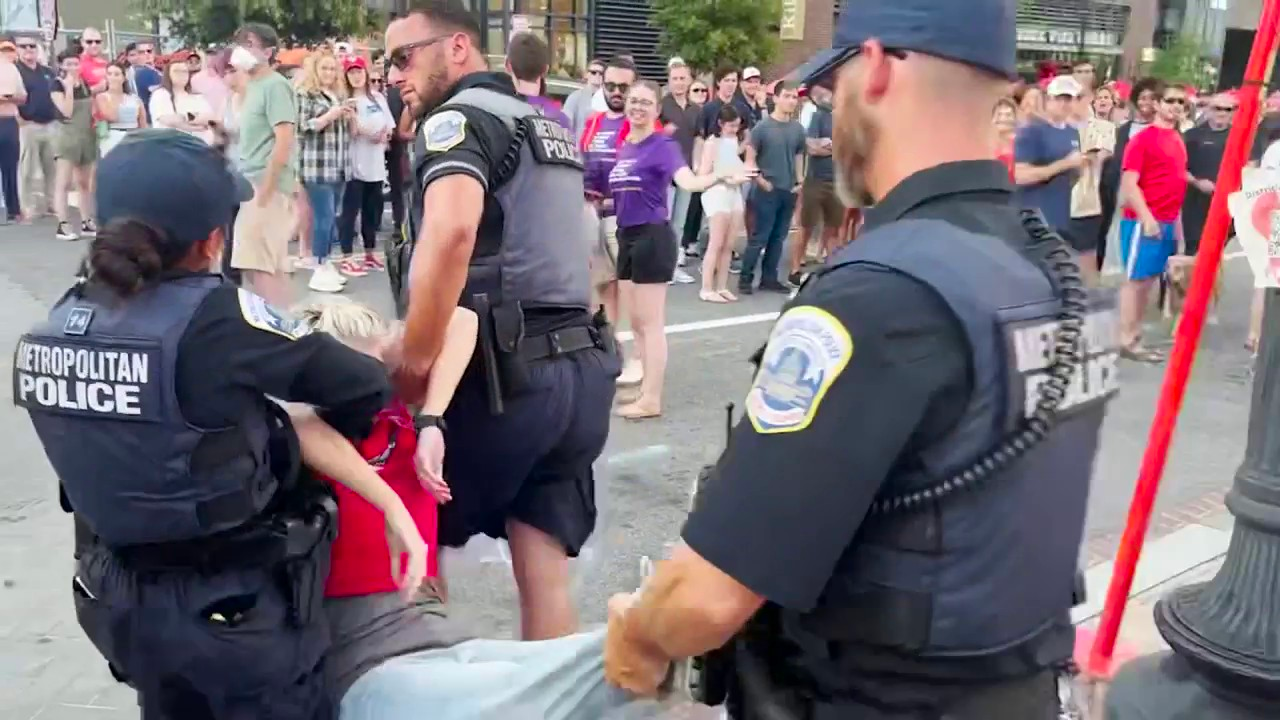 Climate protesters were arrested during the Congressional Baseball Game on Thursday evening after blocking one of the entrances to Nationals Park in Washington, DC

A spokesperson for the Metropolitan Police Department told Fox News Digital that three people were arrested for unlawful entry.

Multiple left-wing groups were protesting the event and holding signs reading, “This is a climate emergency.”

US Capitol Police Chief Tom Manger made comments on the rumored protest on Wednesday, stating that unlawful activity would not be tolerated.

“We urge anyone who is thinking about causing trouble at the charity game to stay home. We will not tolerate violence or any unlawful behavior during this family event,” he added.

This is a developing story. Check back for details.