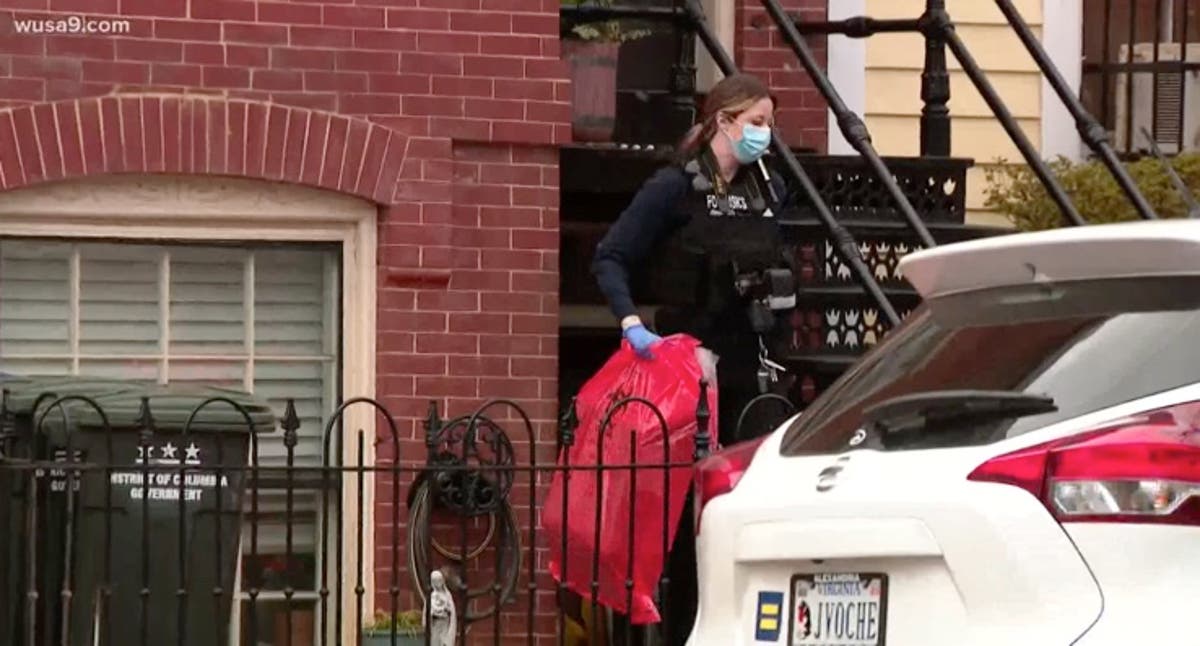 Police have discovered five fetuses at the home of an anti-abortion activist in Washington DC.

DC police awned WUSA9 that officers made the shocking discovery during a raid on a property in Capitol Hill on Wednesday afternoon, following a tip about potential bio-hazard material inside.

The property is the home of Lauren Handy, the founder of the anti-abortion group Mercy Missions who was indicted that same day over an incident where she and other activists stormed an abortion clinic, knocking over an employee and blocking people from entering the facility.

Ms Handy, 28, was pictured sitting outside her home on Wednesday as investigators were seen taking items out of the basement in biohazard bags and coolers.

She told WUSA9 that “people would freak out when they heard” what was inside the containers being seized by police and claimed that she expected the raid to happen “sooner or later”.

Investigators later confirmed the contents to The Independent, saying that the fetuses were now in the hands of the DC Office of the Chief Medical Examiner.

“On Wednesday, March 30, 2022, at approximately 12:30pm, MPD responded to the 400 block of 6th Street, SE, to investigate a tip regarding potential bio-hazard material at the location,” a police spokesperson said.

“Upon further investigation, MPD located five fetuses inside a residence at the location. The fetuses were collected by the DC Office of the Chief Medical Examiner. This is currently a pending investigation.”

The raid came as Ms Handy was one of nine anti-abortion protesters indicted on Wednesday over the October 2020 raid on the Washington Surgi-Clinic in DC.

According to the federal indictment, Ms Handy made an appointment at the clinic for 22 October 2020 under the name Hazel Jenkins, claiming to want an abortion.

When she arrived for the appointment, the group “forcefully entered the clinic”, knocked over a clinic employee who suffered an injury to her ankle.

Once inside, the protesters used chains, rope, chairs and their own bodies to block off two entrances to the facility.

Mr Darnel then streamed the incident live on social media telling the camera that they were “physically intervening with their bodies to prevent women from entering the clinic to murder their children”.

“As long as they’re in there, no women can go in to kill their children,” he said, according to the indictment.

It is not clear if the suspects took anything from the clinic during the 2020 incident or if the items seized by police on Wednesday are directly related to the indictment.

All nine suspects are charged with conspiracy against rights and violating the Freedom of Access to Clinic Entrances (FACE) Act which prohibits physically obstructing or using the threat of force to intimidate or interfere with a person seeking reproductive health services.

If convicted, they each face up to 11 years in federal prison on the charges.