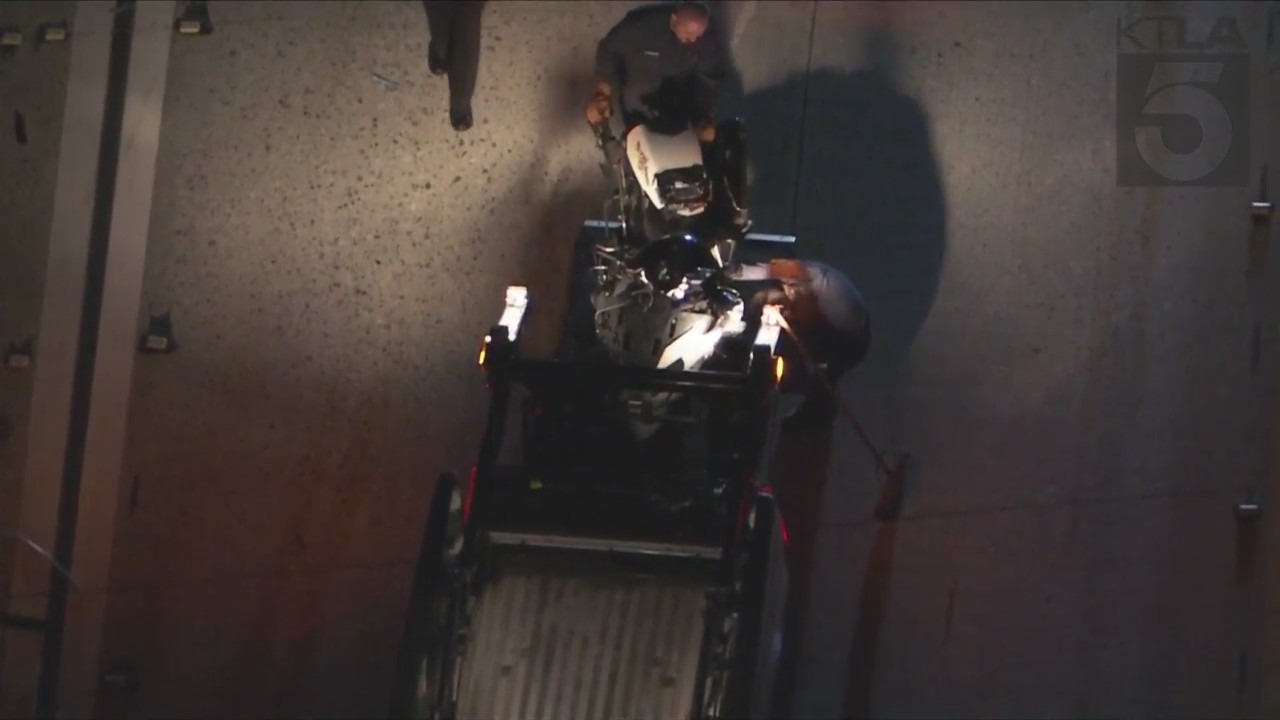 The crash at 8:06 pm involved a motorcycle and another vehicle, according to Nicholas Prange of the Los Angeles Fire Department.

Sgt. Pereida of the Los Angeles County Sheriff’s Department described that the other vehicle as a 2014 or 2015 white BMW convertible, which was last seen driving south on the 110 Freeway.

The driver and the passenger in the BMW were both men, Pereida added, and the vehicle will have sustained collision damage.

The collision, which was near the interchange with the 105 Freeway, left the officer in unknown condition, and they were transported by ambulance to a local hospital, according to LAPD Officer Hernandez.

A SigAlert was issued for the 110 Freeway near the interchange with the 105, and all traffic was amused to the 105, the California Highway Patrol said.

About two hours later, all lanes had reopened, the CHP tweeted.

Before it was lifted, aerial footage from Sky5 showed long lines of traffic that were stopped due to the SigAlert.