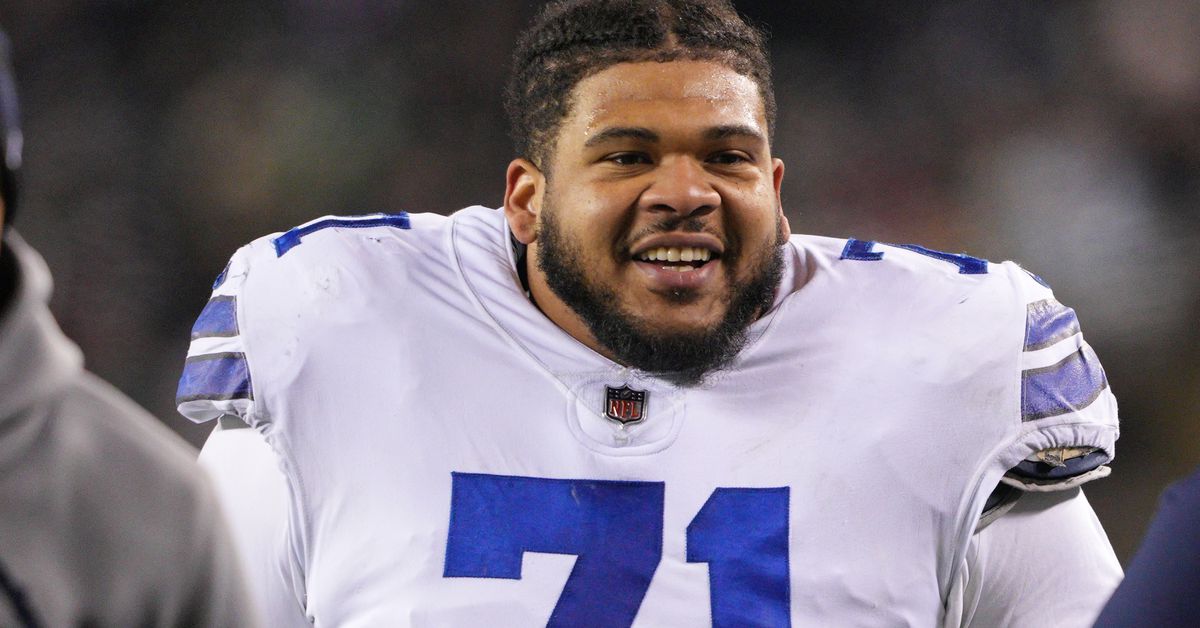 The Cincinnati Bengals seemingly finished off their immediate aggressiveness in free agency by securing free agent right tackle La’el Collins. It was a tumultuous ordeal from perspective fans, but it turns out that Cincinnati was a place Collins viewed as a perfect fit.

“There are good fits and perfect fits,” Collins told Geoff Hobson of Bengals.com. “I felt like this was the perfect fit from the jump. Obviously my history with Coach Frank. The type of coach he is. His standards are high. He’s the best offensive line coach I’ve been around since I’ve been in the NFL, hands down. And getting back to work with him. And also the players on this team you see and look at the guys around that helped bring this team to where it is. What other team would you want to be part of?”

A couple of reasons Collins opted for the Bengals included them employing Frank Pollack — his former offensive line coach when he was with the Dallas Cowboys — and the other reason he was the quarterback he would be protecting. The former LSU offensive lineman followed Joe Burrow’s college career, and he hopes that he can continue in Cincinnati.

“One of the coolest guys you’ll ever meet. Down to earth and a guy I just want to protect without a doubt,” Collins said. “Just visualizing that moment (in 2020) of winning that championship and knowing how he felt after that game and Chase and all those guys felt to be able to bring that here, I think we’ve got something special, and we could get it done.”

It has already been reported that Burrow was very active in the recruiting of Collins. He hosted Collins, Alex Cappa, Ted Karras and Hayden Hurst at his home on Friday night to help seal the deal. Burrow has always been advertised as having that “it” quality that very rarely comes along. It was apparently on full display to Collins.

It can also be noted that even before bringing in all of these offensive linemen that Burrow and the Bengals were already minutes from that glorious feeling that Collins is envisioning. The team, coaches and fans certainly hope that these additions are the missing piece to get through an even tougher AFC gauntlet and finish the job this time.