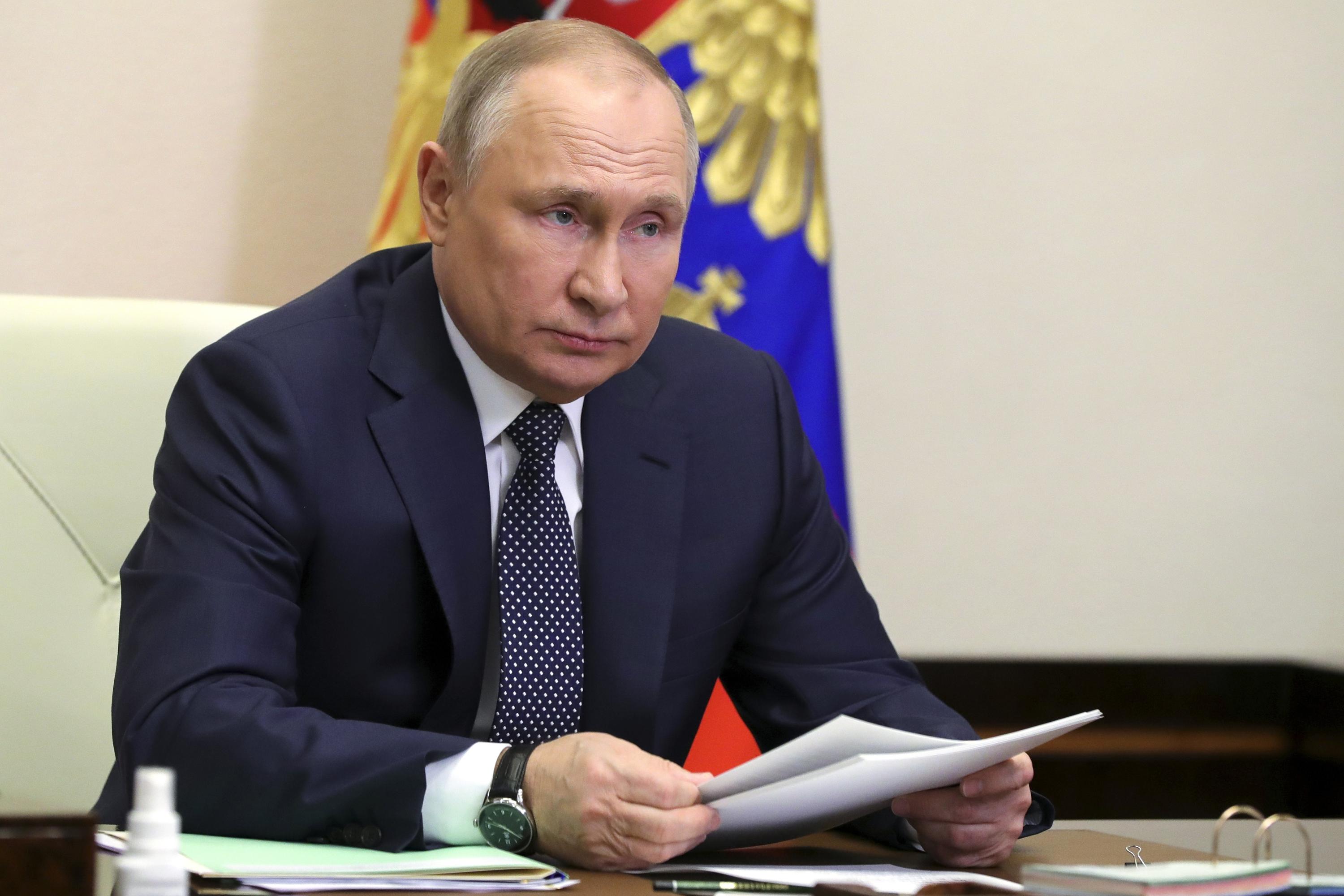 BERLIN (AP) — Russian President Vladimir Putin insisted Thursday that the country’s natural gas must be paid for with rublesthe demand apparently intended to help bolster the Russian currency but one that European leaders say they will not comply with because it violates the terms of contracts and sanctions.

Putin said Russia will start accepting ruble payments Friday and gas supplies will be cut off if buyers don’t agree to the new conditions, including opening ruble accounts in Russian banks, from which the gas payments will be made.

“If these payments are not made, we will consider it a failure of the buyer to fulfill its obligations, with all the ensuing consequences,” Putin said.

European leaders cautiously insisted they will continue to pay for natural gas in euros and dollars and want to see the fine print of how the Kremlin will implement its decree. It came a day after the leaders of Italy and Germany said they received assurances from Putin about gas supplies.

Putin announced last week the countries deemed “unfriendly” for imposing sanctions on Russia over its war in Ukraine must pay for natural gas only in Russian currency. His proposal has caused natural gas prices to gyrate and raised fears it could be a prelude to an interruption of supplies to Europe, which is heavily dependent on Russian natural gas and would struggle with a sudden cutoff. At the same time, Russia depends on oil and gas sales for much of its government revenue at a time its economy is under severe stress from Western sanctions.

Putin’s demand appeared to be part of Russia’s efforts to boost the ruble after the currency plunged under Western sanctions. After dropping as low as 143 rubles to the dollar in early March, on Thursday it took 82 rubles to buy a dollar, around the same level as the day Russia launched its invasion.

Economists say switching the gas payments to rubles would do little to support the Russian currency, since gas exporter Gazprom has to sell 80% of its foreign currency earnings for rubles anyway. The White House said Thursday that the ruble is no longer a reliable measure of Russia’s economy because it’s being artificially propped up.

Analysts at Evercore ISI said Putin’s primary motive seems to be “to prove he can bend EU leaders to his will.” They also said that even if Russia is able to force the EU to pay for gas in rubles, the European countries could retaliate by imposing more tariffs on Russian oil imports or banning them outright. While Russia could eventually sell the oil, the price would likely be at a steep discount, the analysts said.

The decree Putin signed and state news agency RIA Novosti published says a designated bank will open two accounts for each buyer, one in foreign currency and one in rubles. Buyers will pay in foreign currency and authorize the bank to sell it for rubles on Moscow’s currency exchange. The rubles would then be placed in the second account, where the gas is formally purchased.

People are “wondering what Putin is up to,” said Tim Ash, senior emerging markets sovereign strategist at BlueBay Asset Management. Putin may have read the German government’s unwillingness to boycott Russian energy “as weaknesses and is now trying to engineer this energy crisis … the solution here is to call Putin’s bluff and say, sure, cut off energy supplies and see who breaks first. ”