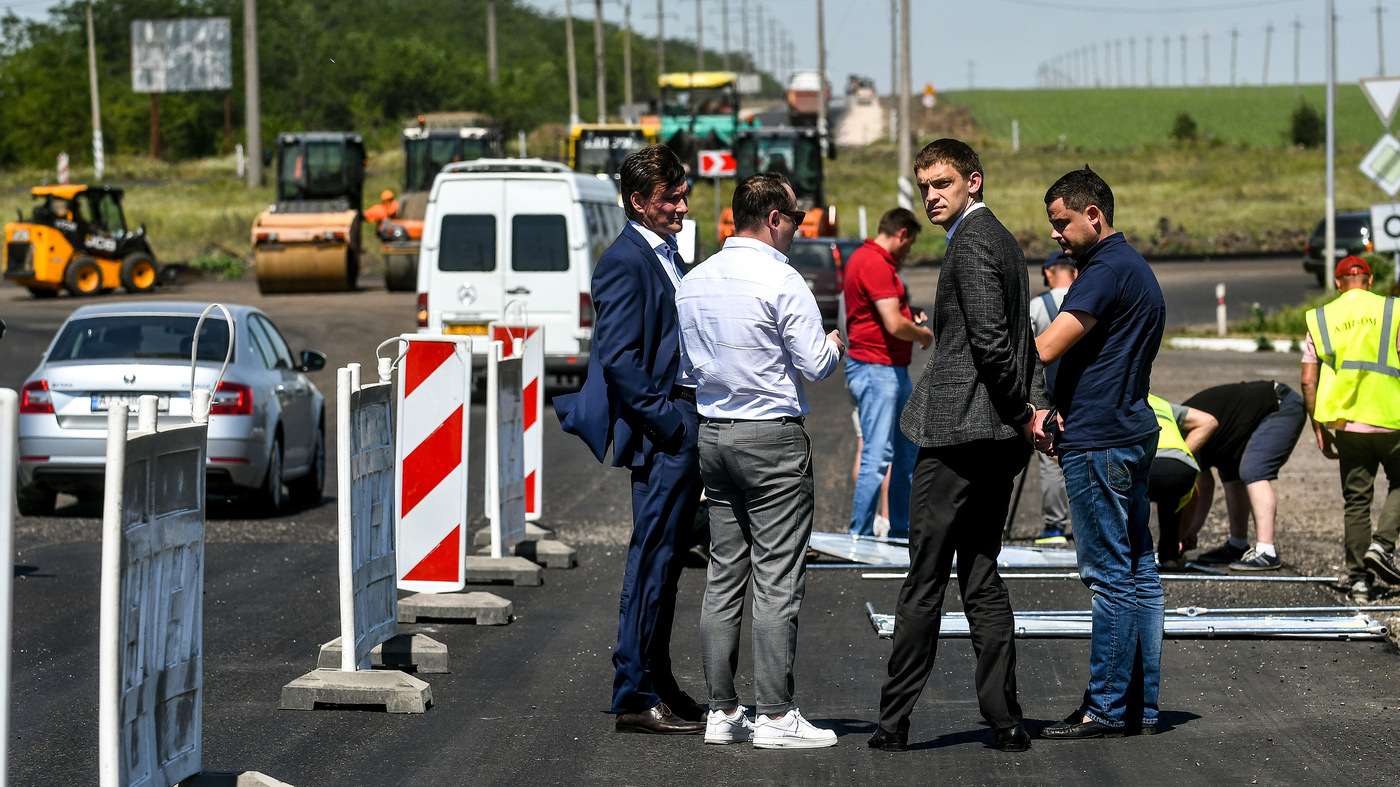 Ivan Fedorov (third from left), then first deputy head of the Zaporizhzhia Regional State Administration, attends a meeting on road repairs in southeastern Ukraine in 2020. Fedorov, now the mayor of Melitopol, was abducted by Russian forces earlier this month and later freed .

Ivan Fedorov (third from left), then first deputy head of the Zaporizhzhia Regional State Administration, attends a meeting on road repairs in southeastern Ukraine in 2020. Fedorov, now the mayor of Melitopol, was abducted by Russian forces earlier this month and later freed .

PARIS — The 33-year-old mayor of the Ukrainian town of Melitopol was kidnapped by Russian forces in early March and held for five days. Now Ivan Fedorov is in France to bear witness to his town’s occupation by the Russians, and he says the soldiers who interrogated him knew nothing about the town or Ukraine.

Fedorov appeared on French television channel BFM TV to describe what his town has been living through. The boyish-looking mayor said his town dele in the southern, Zaporizhzhia region woke up to war on Feb. 24, when missiles struck a military airport just a few hundred yards from some apartment buildings.

He said Russian forces are becoming increasingly aggressive because their plans for a lightning war didn’t work out and their town’s resistance has made them angry.

“They saw that the citizens were not welcoming them. To the contrary, people have been openly opposing the aggressor,” Fedorov said.

“Citizens have been coming out — thousands at a time — in plazas and streets despite armed soldiers, and yelling, ‘Leave our town!’ I am amazed by their courage,” he said.

On March 11 Russian forces put a black bag over Fedorov’s head and took him away From Melitopol’s crisis center, where he was working. The scene was caught on surveillance cameras.

Fedorov says he was held in a prison cell without his phone and unable to contact his parents. He told BFM interviewer Bruce Toussaint that he could hear people screaming as they were tortured in other cells.

Fedorov says he was interrogated by five Russian soldiers who were completely unprepared and knew nothing about Melitopol or Ukraine.

“They said they wanted to liberate the town from the Nazis and where they were, and I told them in my 30 years in this town I’ve never seen a single Nazi,” Fedorov said.

He said that after the soldiers told him they wanted to defend the Russian language.

“I told them 95% of us speak Russian already and nobody’s stopping us, so there’s no problem,” Fedorov said.

After that, they told Fedorov they had heard that veterans of World War II were beaten during the last commemoration day.

“I told them I know these men personally, because there aren’t many of them left, and they’re treated as heroes,” he said.

The mayor says he believes he was only released because his kidnapping was caught on camera and President Volodymyr Zelenskyy called for his release.

Fedorov said 29 other elected officials are still being held by Russian forces.

“We came to France and to the EU to tell people what Ukrainians are living through,” Fedorov said. “And to counter this Russian propaganda, which is very strong.”