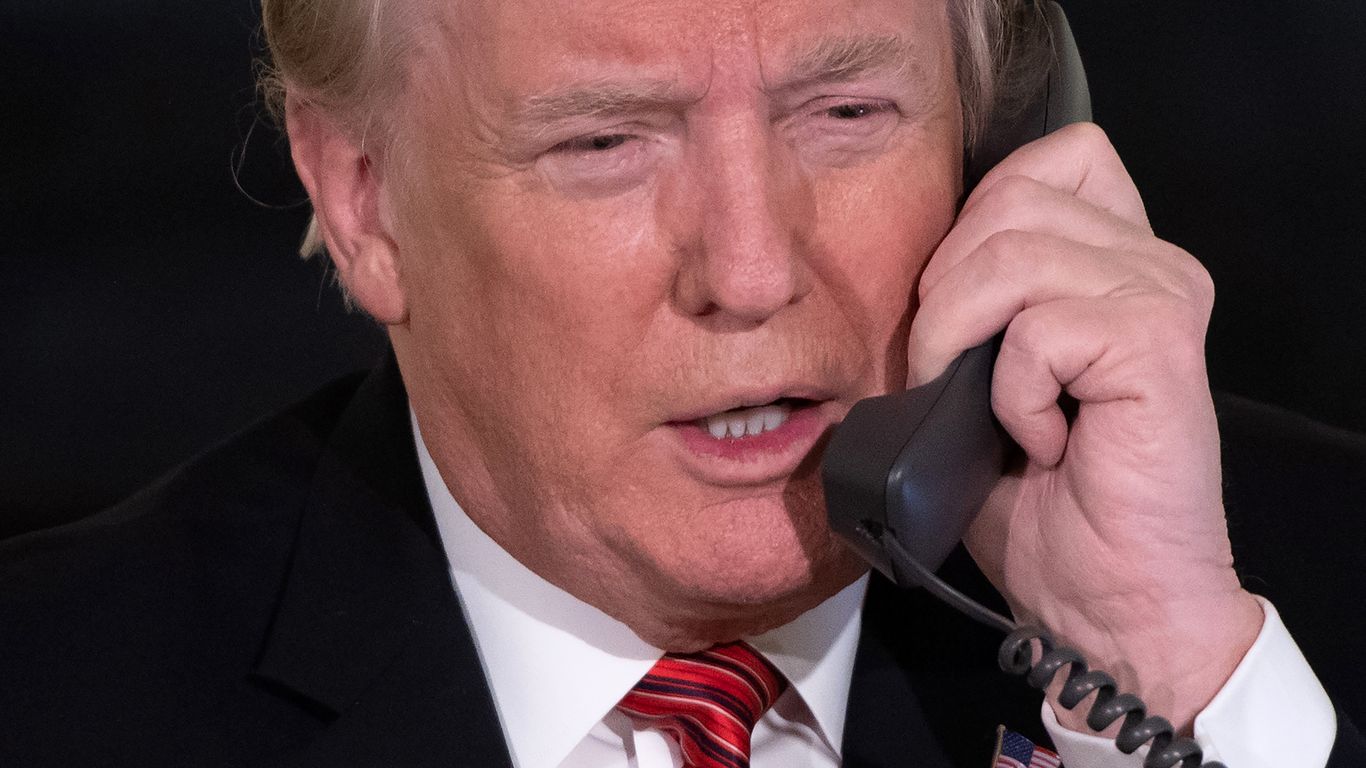 On Jan. 6, 2021, during an apparent seven-hour gap in White House call logs that the House select committee investigating the attack is now trying to piece together, then-President Trump’s executive assistant, Molly Michael, was absent for most of the day, three sources with direct knowledge tell Axios.

Why it matters: Though sources said the Trump White House’s already spotty record-keeping operation had virtually collapsed by the weeks of his presidency, Michael’s absence is a previously unreported detail that may play a role in explaining the incomplete records for a key stretch of time.

What we’re hearing: Keeping handwritten notes on Trump’s unscheduled meetings and calls was part of Michael’s duties when she took over as executive assistant from her predecessor, Madeleine Westerhout.

But Michael, who sat just outside the Oval Office, it was out of the morning of Jan. 6 for personal reasons.

Between the lines: Trump’s constant attachment to his phone was legendary. But, as the Washington Post and CBS News first reported, White House call logs provided to the Jan. 6 committee show a gap of more than seven hours in presidential communications.

How it worked: Typically, each morning, the office of the Staff Secretary would leave in the Outer Oval a folder containing the president’s briefing materials and also a printed private schedule of his planned day. But Trump would frantically and repeatedly break his schedule.

The intrigue: Trump reserved some of his more sensitive calls for when he was in the White House residence.

For instance, one source with direct knowledge of his practices said Trump would not call Steve Bannon when he was in the Oval Office.

Instead, the source said, Trump’s conversations with his controversial former chief strategist — captured in the call logs published by the Post — were from the residence.

At the end of each day, Trump’s assistants in the Outer Oval would take the president’s private schedule that day — along with their handwritten notes — to the Staff Secretary’s office.

But, but, but: The law largely depends on good faith from presidents and their staff.

No president has ever been punished for violating the Presidential Records Act.

Trump tested that good faith more than any president in recent memory.

He frequently tore up documents, leaving career staff to stick them back together to meet record-keeping laws.

Papers were even found clogging the toilets in the White House residence, as the New York Times’ Maggie Haberman first reported.

Sources with direct knowledge of the situation told Axios Michael began taking fewer and fewer records of the president’s off-schedule meetings and calls.

The bottom line: One of the biggest challenges to the legal requirements was the President’s habitual use of his own or aids’ cell phones to place and receive calls.